I had my doubt about today and almost fished the forebay but Vaughn convinced me that the lake wasn’t over yet and Im glad I listened to him. The mornings are getting cold so I decided to get on the lake a little later. Arriving at the lake at 8:00am, the absence of the Dam Police was noticeable. There were a ton of boats out on the water today, probably because of the long Veterans Day weekend. On the drive in, I saw at least 4 boats at the Cottonwood Creek Rock Wall. I was going to try to fish that today but I didn’t need to. I started out at Monument and caught several nice fish casting right to the edge of the rocks. The fish were surprisingly tight to the shoreline and Im glad I noticed that for later. I think maybe the schools move away from the boat and hug the shoreline especially if you come in too loud or the area has been fished by a previous boat. I waited for a boat to leave before fishing it this morning and took seconds.

It was nice seeing Mark and Vaughn on the water today. I think San Luis is the place to be right now. Vaughn says the Delta is colder than San Luis right now. I think the Lake is fishing pretty good right now.

Next I hit the submerged islands looking for deep schools of fish. The schools were not in the shallow (20 feet). The islands are still 75 feet down and I didn’t see any schools circling them. I hadn’t seen a good school of fish all day for that matter. I snuck into the trashracks and pounded the walls and trenches around them while keeping an eye out for the guard. There were several fluke fishermen camped out there and they had caught a couple right on the wall. I fished if for an hour before noticing the guard and took off to the Bay of Pigs to fish the shallows west of Willow Point and work my way to the dam. I didnt get any bites or fish at the racks. I figured the fish were probably around the structure and shallows like they were at Monument, so I headed to Willow point and fished 5-10 feet wherever I saw weeds or rocks points. I couldn’t raise one until I started fishing the corner of the dam at the Bay Of Pigs. The shoreline near Willow Point was lined with bank fishermen as well. Busy day at San Luis today. I fished the Bay of Pigs with a t-14 stripped fast through the shallows and picked up one fish. Plus, I was snagging up on weeds and rocks pretty often so I switched over to my 7 wgt T-11 with a non weighted small Craft Fur Fly and a pulse disc. On my first cast at the dam, I was hit hard by a 22 inch beauty while the fly sank after a sharp twitch. I had just fished that area with a t-14 with no hits and I think the fish were more interested in a suspended fly and were not rushing the bait like they were a couple weeks ago. If I see a fish follow a t-14 stripped fly, I usually switch over to a t-11 and let the fly sit. Slowly Fishing the Dam from BOP to the Guardrail, casting right to the bank, I caught a dozen strong fish all about the same size from 22-24 inches-not one dink today. Many of the fish were within 2 feet of the bank. I think schools of fish actually swim the shoreline right against the bank. They are hiding in plain site those tricky bastards. One fish I hooked as soon as the fly hit the water 6 inches from the rocks. I don’t think I would have done so well had I not switched to a neutral density fly and a lighter line. This season has been amazing so far.

At the fish cleaning station, I ran into some bait guys that caught 4 ten pound fish on live minnnows fishing in the middle of the Bay of Pigs in 30 feet of water. Im starting to think that it pays to fish slow and let the schools come vs chase. The trick may be just finding the pathways and the most obvious one is right at the bank and in the shallow water troughs like at Monument. 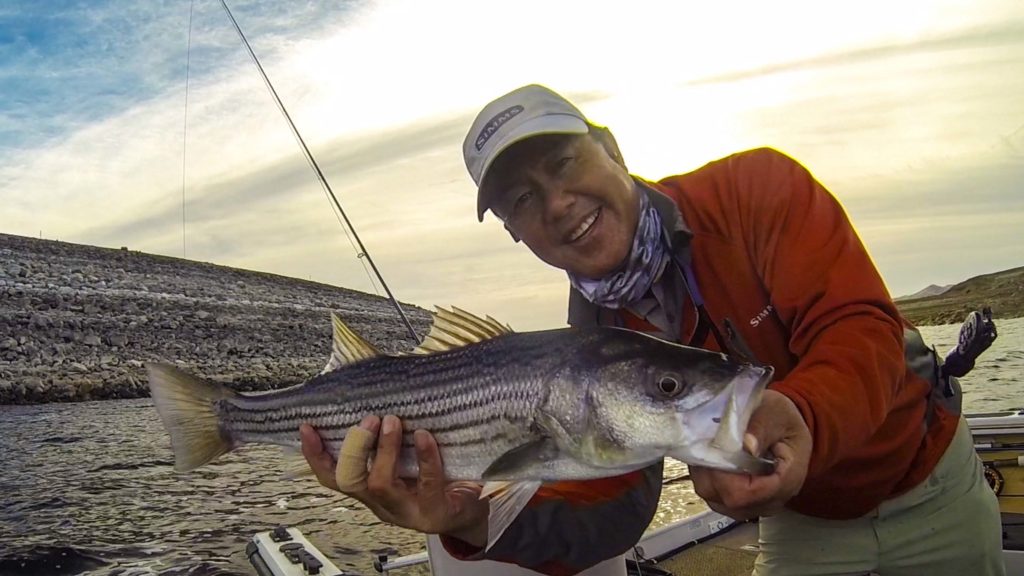 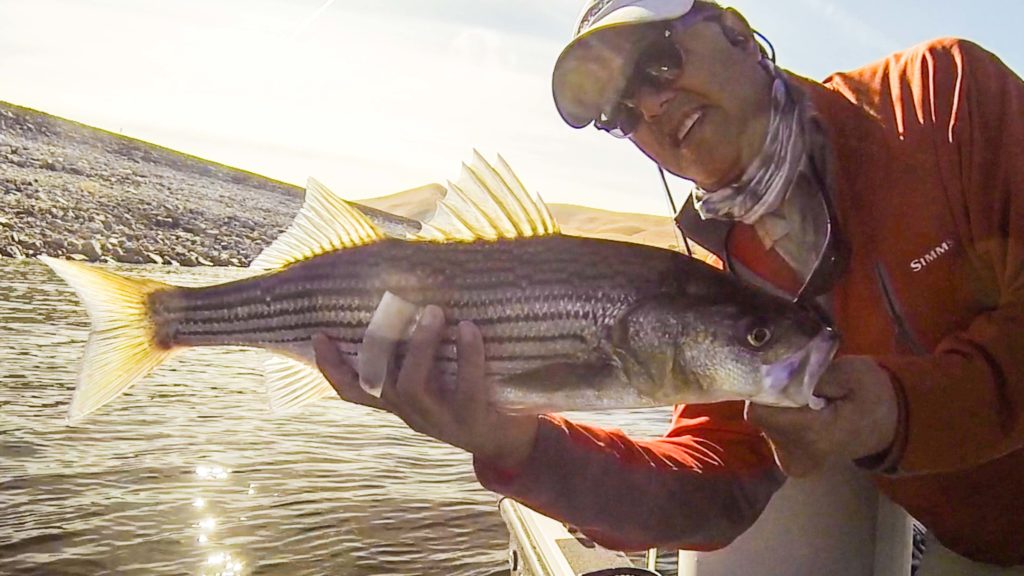 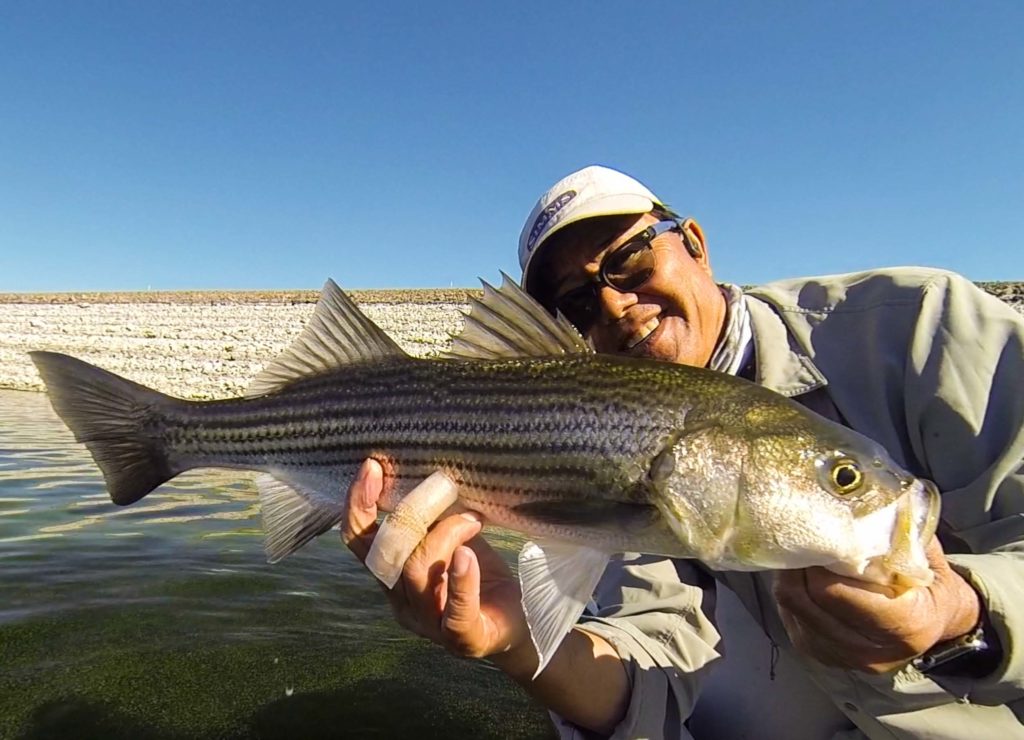 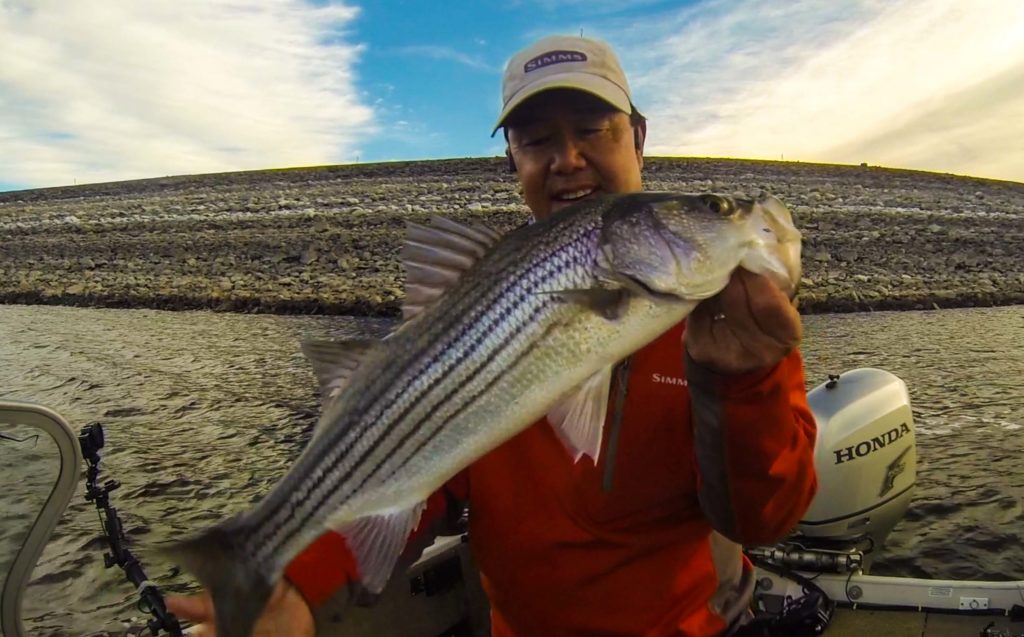 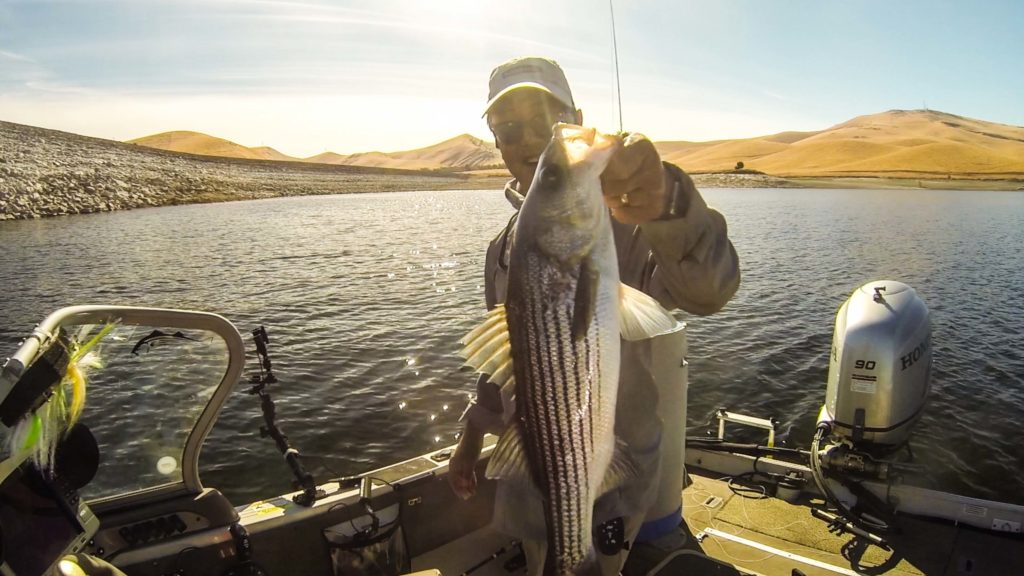 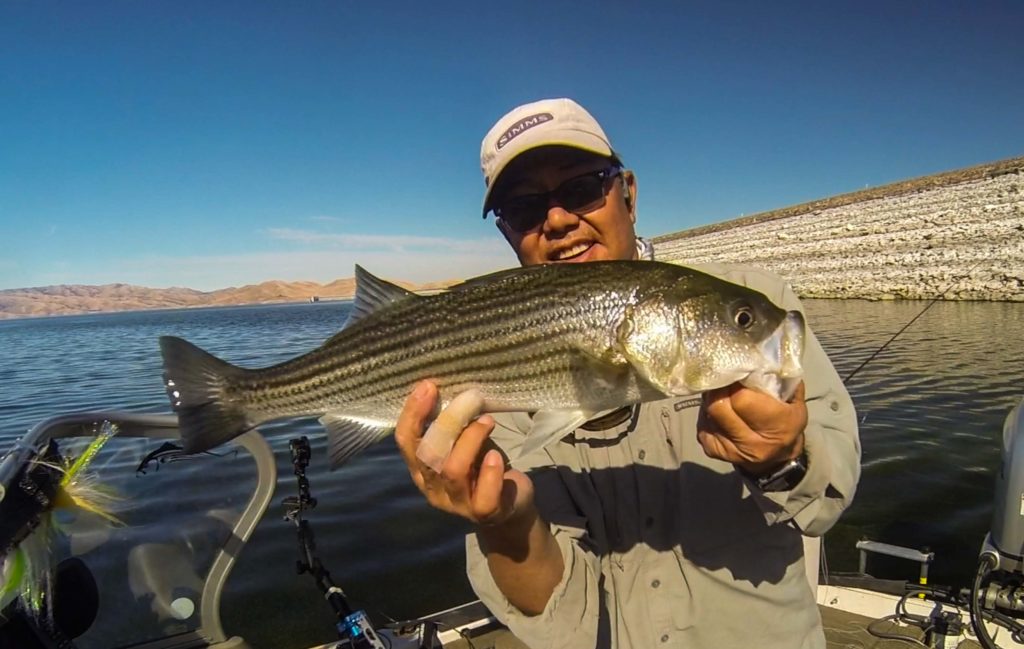 2 thoughts on “November is still great…”

When will the wind stop? Oneill Forebay #flyfish

Forebay Solitude - Not one other person on Forebay