I have been tying flies for 50 years.  Between the age of 12 and 18,  I tied commercially for the Millpond Fly Shop and Creative Sports Enterprise.   I’ve tied many patterns developed by very talented fly fishermen.  I have also met many fly tiers that claim to have exclusive rights to a fly pattern—even  some claiming to have Intellectual Property Rights to a fly.   I’ve seen flies with “Patent numbers” tied to them in which the tier claims “is necessary to the action of the fly”.  I’ve seen groundbreaking original flies and I’ve seen flies that were the combination of old ideas,  some my own,  that tiers feel are their unique designs.   There may have been a time when I felt a need for  recognition for unique techniques, materials , or  patterns that I may have been the first to experiment with ,  but at 60 years of age,  fly tying has become a means to an end—that being catching more fish.  I respect fly tying innovation and those ground breaking fly tyers deserve recognition if that is what hey seek.   I for one do not seek that.    Flies that I have tied and techniques that I use most likely have been done before even though they are new to me  and I take no ownership or even claim that they are my original ideas.  After a lifetime of reading old books on fly tying and studying the history of the art, I have been skeptical that there are any really new ideas about tying- just new materials.   I don’t make a living tying flies and have not sold a fly in decades.

What I like to do is cut and paste any picture or photo of a fly I see that interests me.  Like scrapbooking.   I use to store them on this page so that I could remember what elements I might incorporate in my own flies for my own use.   The flies I use are tied by myself and designed to my specific needs as they pertain to species, time of year and lines.  If that pattern looks similar to your original pattern,  I humbly thank you and may you be blessed for your contribution to the cloud of ideas that is fly tying.  I would even welcome a comment with your claim to the pattern or technique– put your name on something so someone can challenge you as to the origin of that fly or technique.    Anybody who has ever fished with me or knows me well, knows that I am generous with my flies and often give away more flies than I use.   I make no claim that any of my flies are uniquely mine nor claim that any technique is originally mine such as “tying a rattle to a fly with EZ body” or “rear weighting a fly.”

Recently, I learned that there are some out there who are upset with me about posting pictures of flies that they tied without their permission.  I did post flies that were tied by other people that I thought were interesting, primarily to use as a source of ideas.  I posted my collection of gathered images for reference using google image searches and from posts on public forums.   I’ve decided to remove any fly pictures in this  collection from public view since there are a few people who find my not referencing them offensive.  I apologize to those people for using images of their flies without reference or permission.  I gained no profit from doing so.  You can send your hate mail  msyn@carabelli.com.

Perhaps the most popular Striper Flies of all time are variations on the Clouser.   Most people credit Bob Clouser with its design but few people know that Joseph Bates referred to adding  bead chain eyes to bucktails in the ‘40s.   Tom Schmucker might be the first person to tie one since he is credited with first designing and building lead eyes for flies.   Dan Blanton’s modification “the Flashtail Clouser” is also a great striper pattern and I remember tying them commercially in the 70s for the Millpond.    But the funniest story I remember hearing was about a fly tying demonstration given by Bob Clouser as he was tying “his” fly.   A flytier watching Bob tying the eyes in the middle of the hook and not knowing who the tier was, commented to him that he was doing it wrong.  Bob joked, that all this time he was doing it wrong,  thanked the guy who went on his way  never knowing who he was talking to.

The flies posted on this page are tied by me, and I make no claim of ownership, original design, or any claim of commercial intellectual property.  I’m just trying to catch more fish in my own way trying to learn and improve from others. 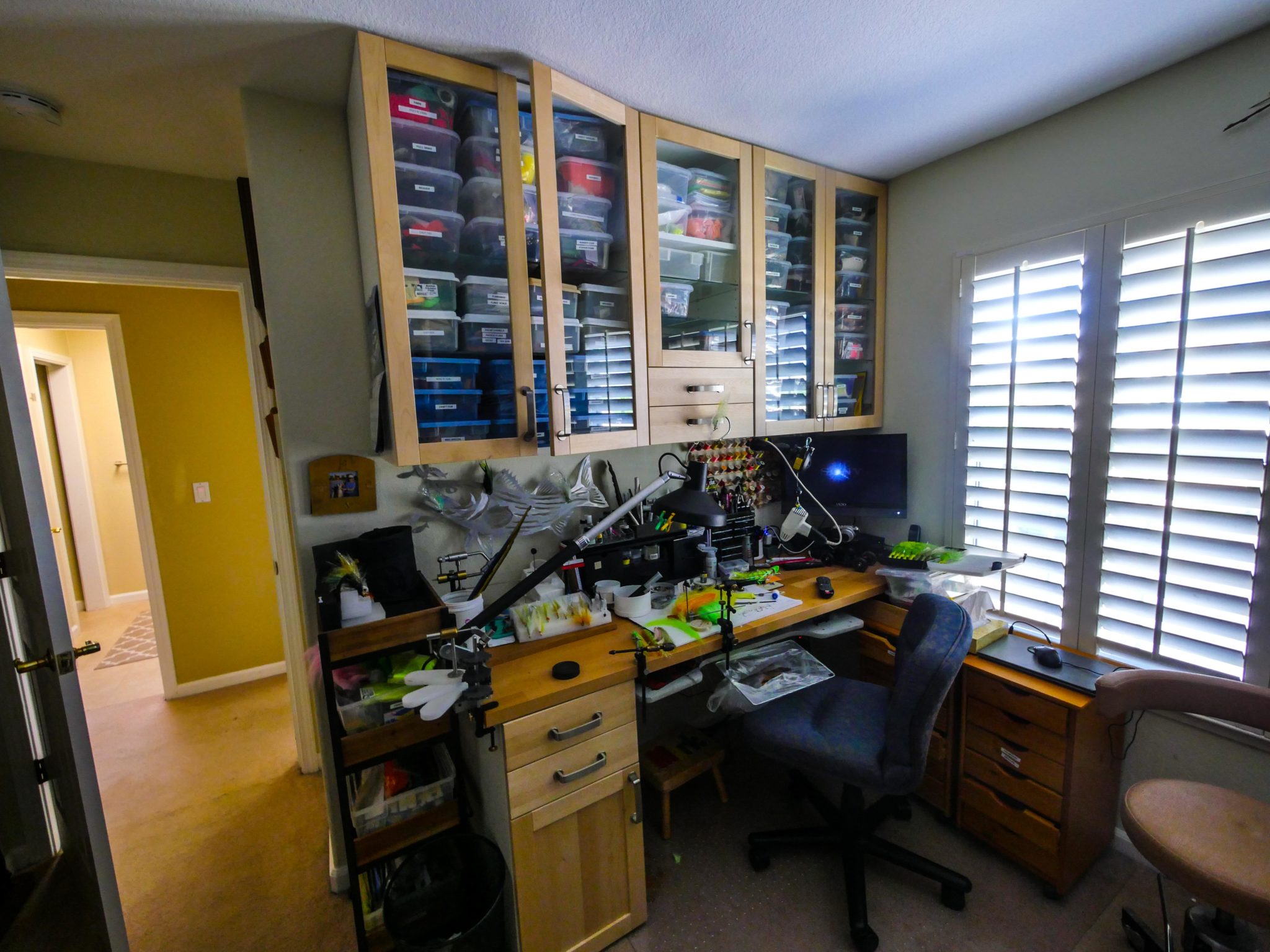 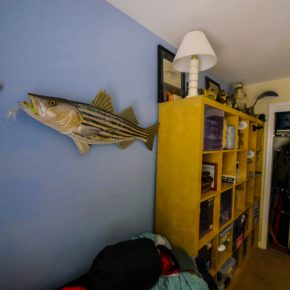 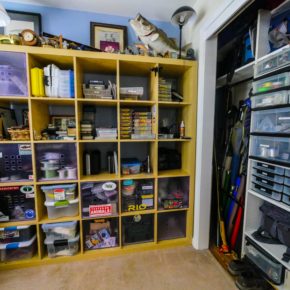 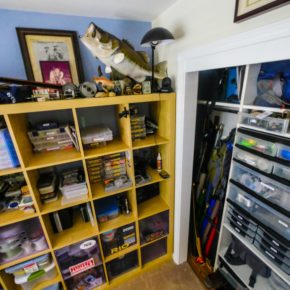 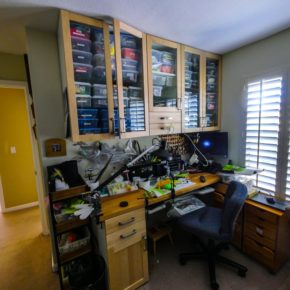 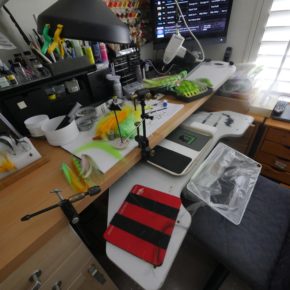 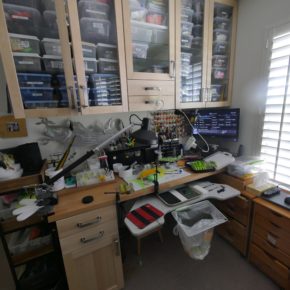 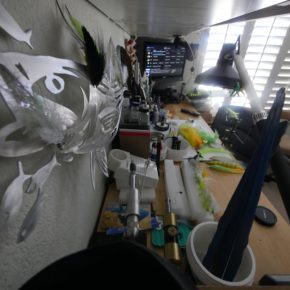 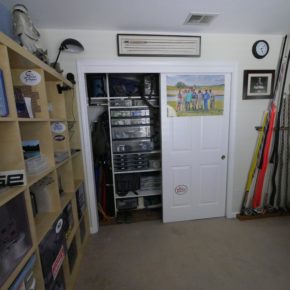