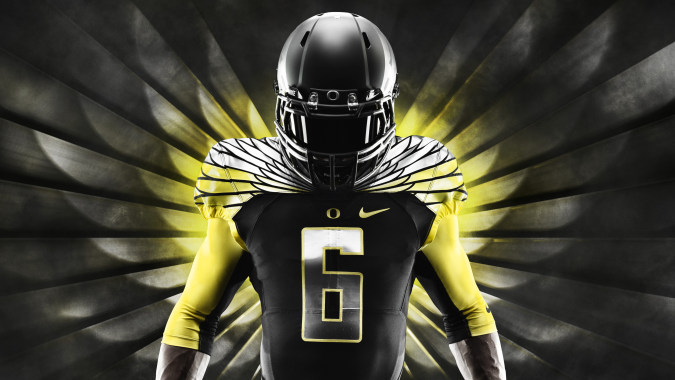 Do you feel that in the air? Ducks football is about to start again and finally a worthy preseason game in a few weeks–September 6th, the Ducks play the defending Rose Bowl champions Michigan State at Autzen Stadium in Eugene and the first year of the new BCS rankings begins! Preseason polls rank Oregon number three in the nation behind Florida State and Alabama. This year, Stanford will play at Autzen and the Ducks will play CAL at the new Levi Stadium on October 24th. Gina and I will be there. Of the top 5 in college football, looks like Oregon has the most returns including Marcus Mariota who may win the Heisman this year if his performance is anything like last years assuming he doesn’t get hurt and plays all the games. Plus, there is a lot of new talent in Oregon. This year , the Ducks wont have to play Arizona or USC and all the tough games except for UCLA will be at home and believe when I say the Fans will bring it this year. It will be an exciting year, and this year, im going to hold my breath till the very last game.

We spent the last week in Eugene hanging out with Mark and Phoebe. Mark’s new apartment is awesome and I can’t believe its less than $500 a month. I love the cost of living in Eugene. Everything is cheaper and there is no sales tax. If you consider the cost of living into the cost of a college education, living in Eugene is $6000 to $12000 dollars less a year than Berkeley or New York. Plus, the fishing is fabulous. In addition, Mark has job opportunities that he would not have in the Bay Area. Mark was hinting about getting a dog for about a year and this last weekend, he surprised us by driving to Washington and adopting a rescue dog with his girlfriend Phoebe. We are bnow the proud grandparents of a Pomeranian-Corgy named Kimee. 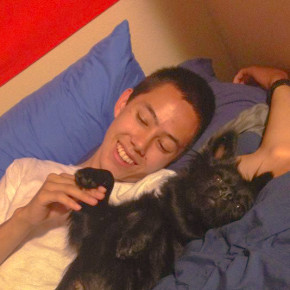 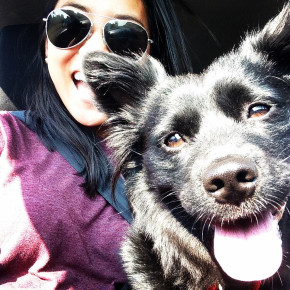 I hung out at the Caddis Fly Shop in Eugene and they had a new Sage Salt Fly Rod that I asked them to order for me. Last weeks “Rod Slam” on the forebay got me excited about fishing with a 5 wgt. The 5 weight Sage Salt has a fighting butt and casts a 200 grain head like it was made for it. I also got my hands on a Redington 5 wgt Vapen which is also a nice fast 5 wgt that casts heads great. The Salt is the lighter and better action rod but the Vapen is a good backup. I also spied a great gadget to test streamer patterns with. A current aquarium that simulates a retrieved fly in a river or a floating fly in current.  I am going to get this… 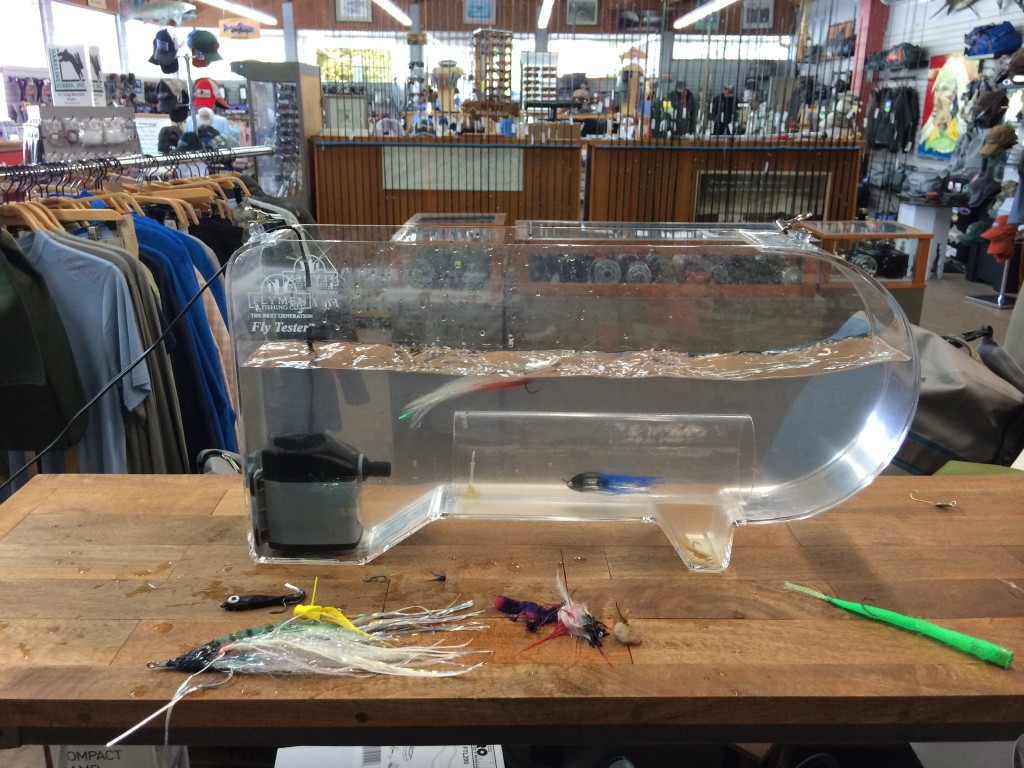 I spent a day fishing the upper McKensey River famous for its trout fishing and caught a half dozen fish. It is mainly a put and take trout fishery but there is a fair summer steelhead run in August. If you swing a fly with a Spey Rod in the Willamette, you might catch one or two according to the local guides. The Steehead in the Willamette peaks in September .  The Ashland Fly Shop guy go to Northern California to fish when they need a day fix. 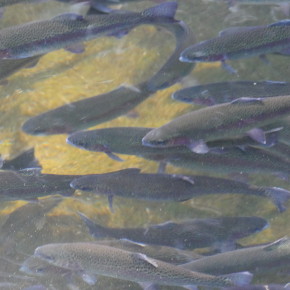 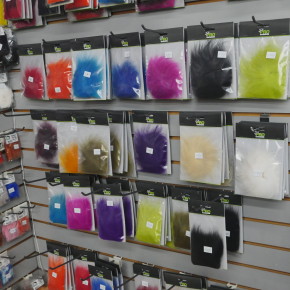 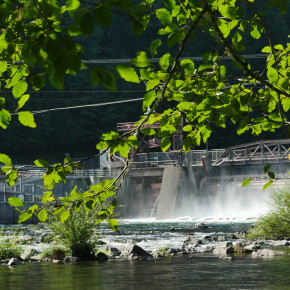 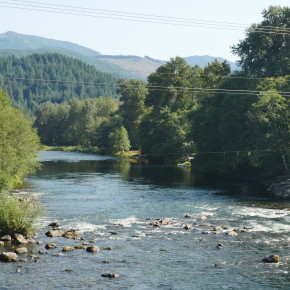 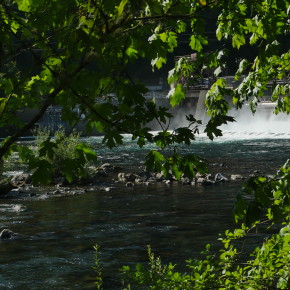 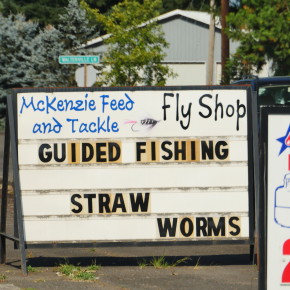 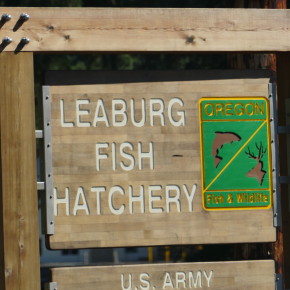 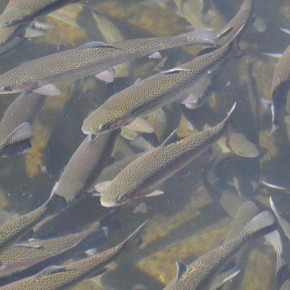 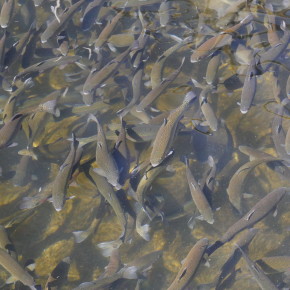 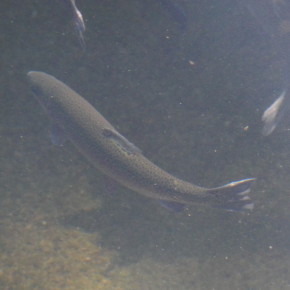 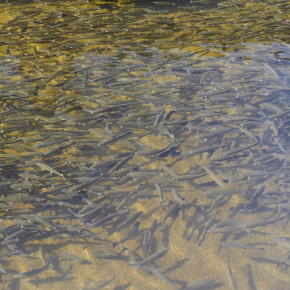 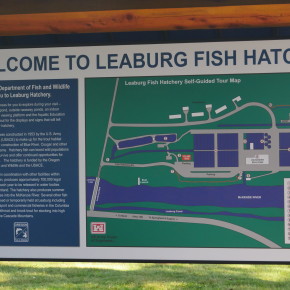 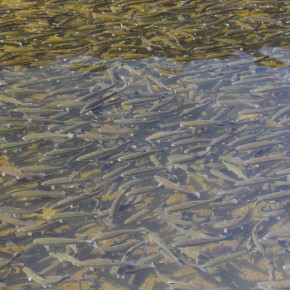 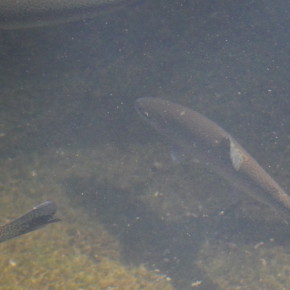 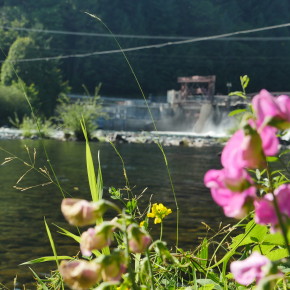 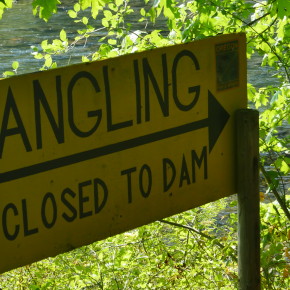 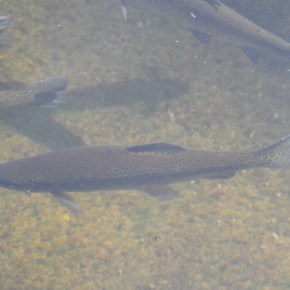