It’s been almost over a year since I took Richard fly fishing.   The last time I took him out,  he had just learned to cast a shooting head and caught his first stripers on a cast fly.   He’s been practicing his casting for a year and yesterday I felt that maybe the forebay was getting good enough for him to catch some fish.   The forebay has a lot of fish in it right now.  The trollers and bait fishermen are catching fish with regularity and there are large schools of pretty big fish swimming around in the cuts and flats.  When you can find them,  the action is pretty steady.   In addition,  there are more schools of larger fish (20-24 inches)  around than in years pasts in my opinion from talking to other fishermen and scoping out the garbage bins at the fish cleaning station.  The water temps was 58 degrees and I think the fish are getting ready to spawn.  For the first time ever,  the Dam Police kicked me off the Mederious wall!  It was not producing anyways. 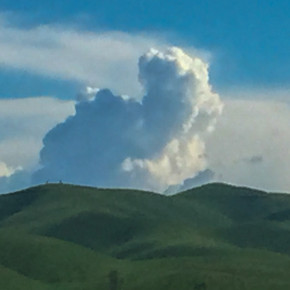 We started out fishing the spots that produced last week.but when we got there, there were a few boats fishing the area hard at around 7:30am.   One group of fly fishermen was a Dentist with his buddy and they seemed to be hooking fish in the cherry spots but nowhere near last weeks frenzy.  They came up to say hello at the end of the day and it turns out they are friends with Wayne–small world.  When our turn came up to drift over the holes,  Richard immediately hookedup with the fish of the day,  a fat 22 inch striper while dangling the fly right under the boat.   He also managed a couple more during the day.    I love fishing with Richard because he gets speechless when he catches fish.  He loves it and can go all day for a senior citizen.  We ended up with only a handful of fish around the island  in 15 feet of water but we later found them in the flats in 8 feet of water.  For awhile we were catching a fish every 5 minutes.  We ended the day with a total of 20 fish with 5 fish over 18 and the rest averaging 17.   Richard caught all his fish  right under the boat !  The weather was clear and cold in the morning,  but it got hot enough to layer down in the afternoon.  The winds were light,  and clouds were spectacular.   I think fog makes the fishing better, but there was none.  the action was best around 10 am and shut off completely from 11-2pm.  The solonar tables showed a peak at 9:15am. Casting the new one piece Helios2 was a joy. 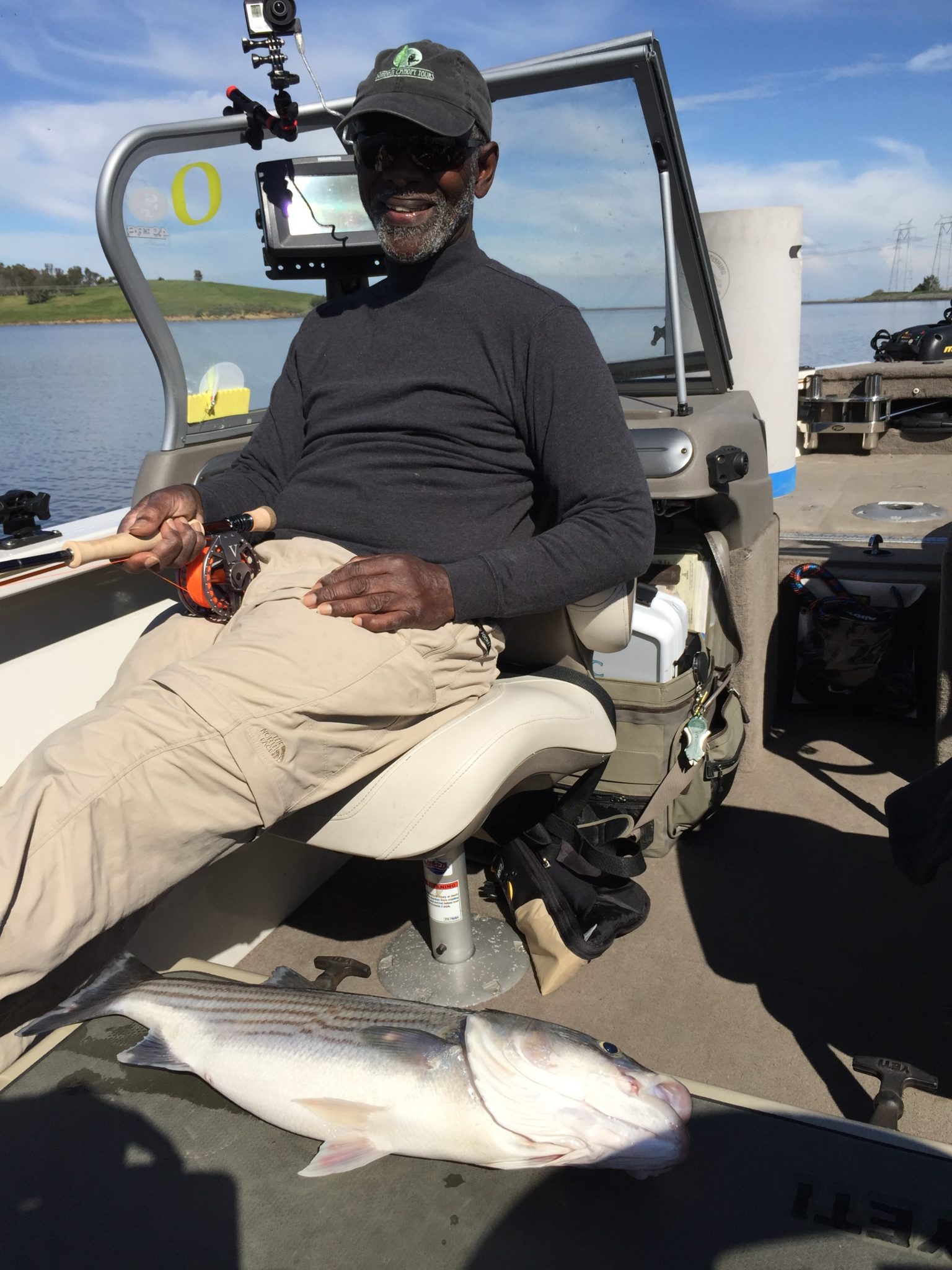