I was really hoping to fish the big lake today if the wind and the boat ramps were doable, but it was not to be.  At 5:00am the winds were near 20mph and with each hour,  it seemed as if it were escalating.  At 7:00 the wind shifted and dropped to near zero.   I hooked up the boat and headed for Basalt launch only to discover (from Steph) that the launch was very shallow and the ramp was soft mud now.   It was back to O’Neill to sort through drinks in search of a couple keepers

I decided to use the day to search for new areas to fish.   The first new area that proved successful was the flats adjacent to the boat launch.   I had caught fish there in the past but I never fished it at 8:00 in the morning.   In 10-15 feet of water around the dock, I found some big schools of decent fish on the sonar.  I caught a few fish fish out of the schools but they were not hitting aggressively–lots of small short strikes on slow retrieves and pauses when I knew the fly was in the school.   I started to swap out flies,  and I fished  light and dark patterns,  sinking and suspending patterns, and finally switched out to a very small 1 1/2 inch fly with a small pulse disk and started catching fish consistently.   I had heard from some successful  fishermen on the the forebay,  that many big fish have been caught using very small flies.   The average smelt is 3 inches long but you can see at the dock that there are more smaller baitfish than larger ones. Most of the baitfish at the dock are only about 2 inches long.  I think its safe to say that when the stripers in O’Neill Forebay get picky and slow,  a small fly can be very effective.

I caught about 20 fish today with only two over 18 inches but the biggest fish I saw all day was the one trying to eat a 16 inch stripper I was reeling in.    I kept the two fish around the boat long enough to actually cast a fly at it with my left hand while fighting the dink with my right.   It would have been a kick to have hooked both of them on two different rods one in each hand. That ten pound striper wasn’t interested in anything under 12 inches.  One of these trips,  I think Im going to fish  a gigantic fly all day long.

This morning fishing,  I saw two Fish and Game wardens search a bass boat that went in early.  They met the boat at the dock while I was fishing nearby.  It’s the first time I have witnessed this.  They made the fishermen get out of his boat at the dock and then they searched the compartments.   I wonder what they were looking for.  I didn’t see them measure any fish.    The fish cleaning stations are no longer closed because of the drought.  Maybe my complaints made some sense to them   I cleaned a few fish and I know I used less water than one flush of the toilet.  Also,  the Dinosaur Point boat launch is safer than the Basalt Launch if you want to access the lake.   Last week, a troller caught and released a 35 lbr at the trash racks.

On another alarming note,  I heard second hand through park employees that this years low weed yield is the result of some sort of spraying operation.  I inquired about the use of chemicals in O’Neill Forbear directly with Park officials and was told that no chemicals were being used.   With ONeill Forebay being a water supply.  I would think there would be full disclosure about what was used.  The weed yield this year is definitely lower than last year and there is no question in my mind that it has effected the fishing.  I haven’t seen the Weed Whacking Boat out at all this year,    Even the Fresno Bee reports that chemicals  are being used to control weeds in O’Neill Forebay,   I would think it would be illegal.   Something fishy is going on here. The Fresno Bee fishing report even mentions the spraying efforts clearing out the weeds for shore anglers. 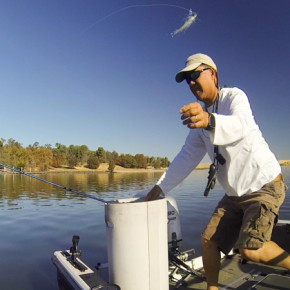 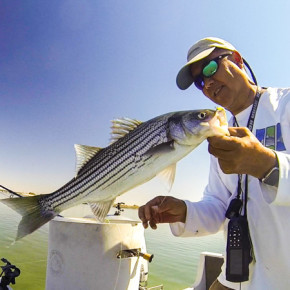 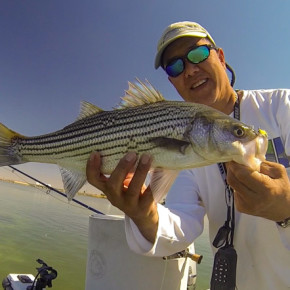 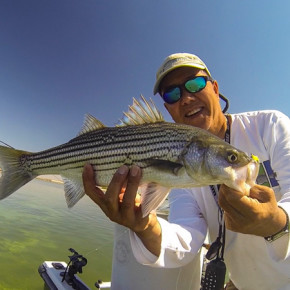 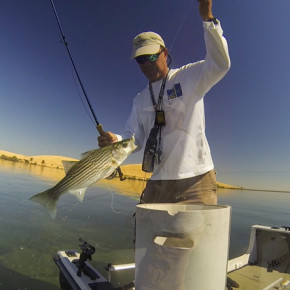 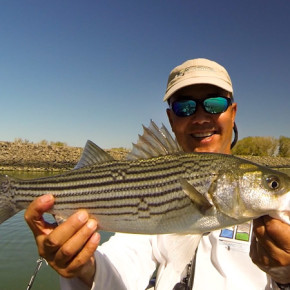 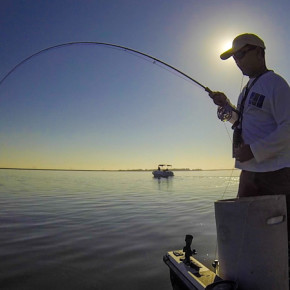 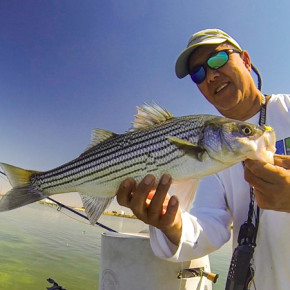 I tried out a new boat acquisition today – the Fujinon 14×40 Techno-Stabi electronic stabilizing binoculars.   These babies will keep an image stable and detailed no mater how much the water is pitching.  Its extremely useful for checking  out other fishermen and can save your day when your looking for fish.   I pays off to keep an eye on everyone. 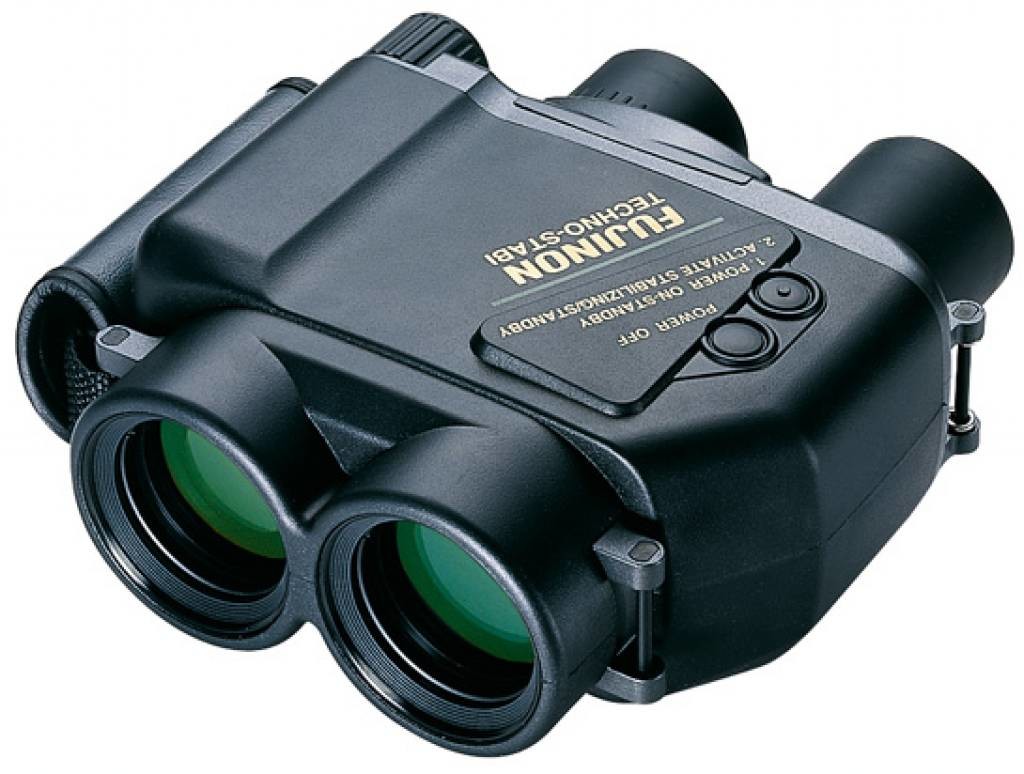