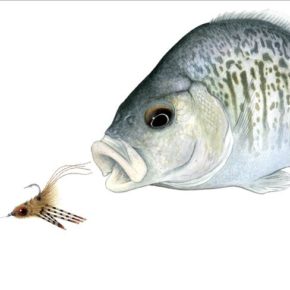 I fished the incoming tide today at Sunset Beach. I fished the afternoon for the first time and it was pretty crowded for an overcast day at the beach. One really has to watch one’s backcast because its really hard to stop 400 grains of line and fly once its launched at a kid or dog on the backcast. Today I thought I would try the Deathstar with mono and 30 feet of t14. I felt pretty lame out there trying to overhead cast that. There was a breeze pushing onshore and my casts just didnt have the snap that they use to. I just haven’t figured out the magic combination of lines and rods yet. I have yet to try the 15.5 foot TFO 8/9 wgt which has a 535 grain Skagit line and with some T14..   I did practice with the TFO and it’s a really long rod. Catching an 18 inch striper on it might not even bend it but I feel like I need about 20 feet more on my casts. I might try the Skagit line on the Deathstar next time. Ive read that manufacturers like Beulah actually make a Beach Surf Fly Rod designed to overhand cast.  They are fast action two-handed fly rods designed to load quickly and cast long distances with half the effort of single hand rods.  They are built to cast 9 to 12  wgt lines.   In addition, Airflow is prototyping a 40+ two hand  Beach Fly line.The line is 150 feet long with a 35 foot head and weighs 530 grains and is engineered to connect seamlessly to 115 ft of running line.   Specifically designed for fast 11 foot two handed surf rods.  Its all new science to me.   One of these weekends,  Ill figure it out. Casting mono in the ocean sucks. if you loose a loop of it to the surf,  the surf drags it out of your basket and you have to restack the line. .It blows around a lot and its awkward but when you get a cast off with it,  it makes you forget all that.    I have three stripping baskets that I use in the surf from Seal Level fly fishing.  I think the best one for surf fishing are the deepest ones. 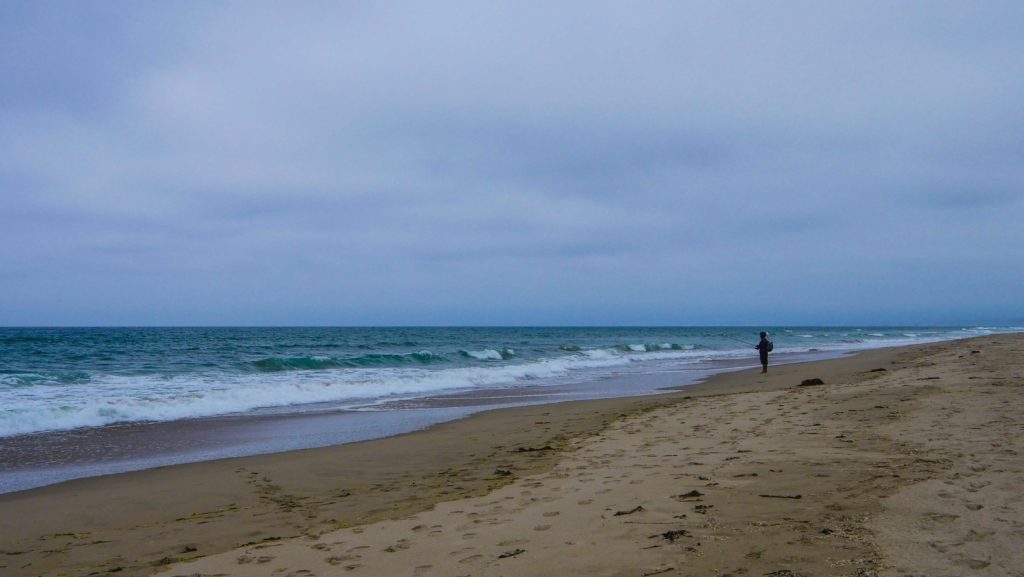 I fished for a couple hours walking more than fishing looking for a Rip and bait. I had no luck and the beach was very crowded and there were lots of bait fishermen  to work around.    I ended up with one small perch (too small to even eat). I think Ill try the lake or forebay tomorrow.  The wind looked calm this morning. 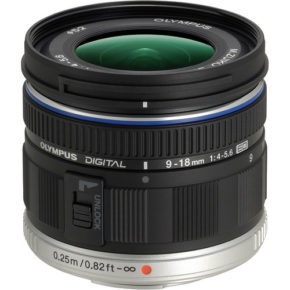 Last week I bought a new lens for the Lumix Gx8–the Olympus 9-18 f.4.0-5/6 lens. My lens of choice for landscapes and fishing are the ultra wide lens.  It started with the Iconic Nikon 14-24 f/2.8 which in my opinion is one of the worlds best lens.   The equivilant lens for the mico  4./3 is the Lumix 7-14 f/4 G Vario and it was my go to lens in the boat and on fishing trips.   The only problem with both the lenses was that they had a big bubble on the front and you couldn’t use filters unless you built something. which I did try. The Oly 9-18 collapses from a 6 inch lens to a two inch form factor and you can use 52mm filters on it.   It features a 100 degree super wide angle  lens that has very little distortion or fisheye.  It could be the best fishermans lens on the market.

4 thoughts on “Mono shooting line sucks in the ocean….”