Saturday  November 2, 2019  As the water gets colder, the fishing usually picks up at San Luis. November has always been a pretty good month over the years. I guess I am not the only person who knows about November. I launched early today hoping to find some topwater stripers and despite getting to the lake at 7:00 am, there were 15 other boats already launched at the ramp. The lake is about 40 Percent down and Portuguese Bay is about 1/4th its normal size. Ive been seeing many of the same local guys at the ramp every week and give me a hard time about flyfishing, but they are just being friendly. The locals use crankbaits, jerkbaits, downriggers and anchovies and really have a feel for the lake. Early morning topwater has been really good these last few weeks. If you want that, you need to be at the lake at the crack of dawn. It’s over by 7:30 or as soon as the sun hits the water. I headed over to the nearest flat in the bays just west of Basalt launch and picked up two nice fish in 10 feet of water casting small clousers on an intermediate line. After the sun hit the water, I headed over to the Romero where I caught a couple last week. The fish were still there but in general, It took alot of searching for biting fish. Again, using the livescope, I found plenty of fish but very few biters. I picked up another couple fish along the dam at Romero. I fished the trash racks for an hour without a hit and ended up fishing the Dam from the Bay of Pigs to past guardrail where I picked up another half a dozen fish.

On my way out, I checked the garbage cans at the cleaning station to see how the baitfishermen and trollers did. There were a dozen caracasses in the garbage. The biggest one was about 8 pounds. I caught ten fish total today all between 4 and 5 lbs. It felt like a pretty good day even though it was tough fishing. The park ranger who rebanded me told me that most fishermen said it was slower than usual and some got zero. 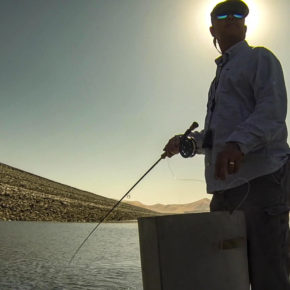 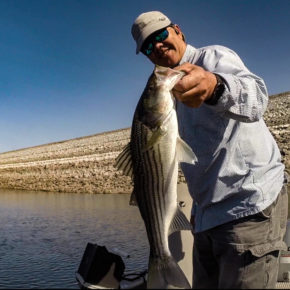 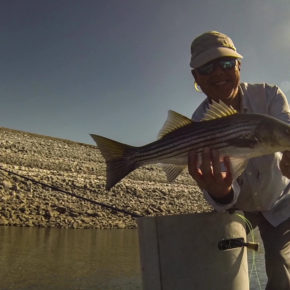 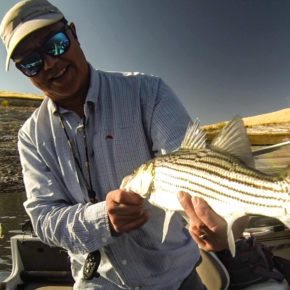 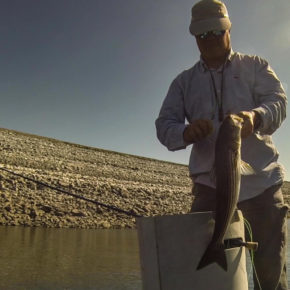 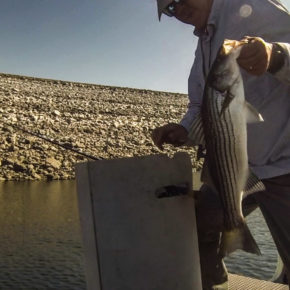 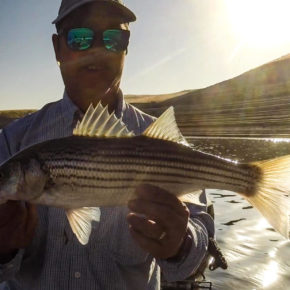 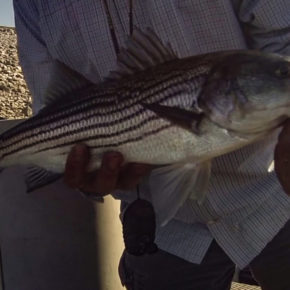 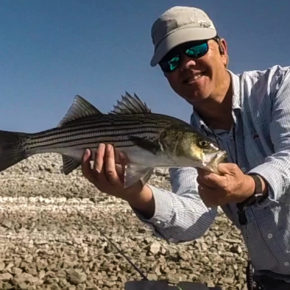