Friday Sept 4, 2021 – I needed one more day on the water to tune my spey rod for my Alaska trip next week t minus three days and counting.  Glen Chenn emailed us that there is a spike in Covid in Alaska and our entire group of Seniors is getting a bit nervous.  No buffets this trip and this trip is really a celebration of life as one of our group almost lost her life to Covid last year.   I am really looking forward to fishing with Diane and Jerry.  I decided to take another trip to the forebay despite having a list of chores to complete a mile long.   I guess it was more procrastination,  but when Don texted me that he was going to try the forebay on Friday in his float tube,   I offered him a ride in the boat if he didn’t mind fishing while I tested my Alaska gear.  His reply was “I’de rather sit in a boat that a tube any day” and we decided to meet up and fish.    The weather report and solonar suggested it would be an early day.   Based on weather predictions, water heights and with reports from Brian and others about how well the lake and forebay were fishing,  I decided to fish the forebay.   Even if the lake was great, it’s a deeper water system without much surface structure and I like fishing surface structure much more.   Besides that,  the forebay has just been phenomenal this year.    I use to think the trade off to fishing the forebay was fish size,  but this year,  the fish have been averaging bigger and healthier and there are monsters in the channel.    The weeds are healthy,  the bait is visible on the panoptix and the fish are as FAT and Healthy as I have ever seen in many years.

We started out fishing the rock wall first.     I tried to line up Don on the weed edge the best I could.   The panoptix again showed fish cruising tight against the weedline chasing bait moving in and out of the weeds – not 5 feet out.   And, the stripers are moving from south to north with the current.   If you fish the weedlines from the deep water into the weeds,  the probability of catching a fish depends on you intercepting one moving at a right angle.   If you fish from weed line upcurrent and down current right along edge,  your odds of putting your fly over a fish moving in the same or opposite direction are much higher.    My strategy is to hop  on the weedline , Fish ten minutes without a nite,  and then jump down the weedline 100 feet and repeat.    Fishing this way also funnells moving fish to you vs chasing them.   If you fish long enough in one spot this way,  eventually the fish will come especially if the Panoptix show heavy traffic on the very edge of the weed lines..  In the past,  I have started to stow the boat to move after a long dry spell only to see a school of fish move under the boat as I prepared to leave.   Sometimes changing your plans and making one more cast pays off.     The rock wall gave up a dozen fish in about an hour in the morning when the bait seems more active.    I saw Bob M.  Coming down the wall and decided to move over to the opposite side of the channel and fish that weedline as well.     We got into some fish on the opposite weedline as well.   Don wanted to explore the flats toward the Medrious Boat launch  and we looked for the deep spots *the old dredge”.     We found a school of fish in 8 feet of water and hooked a half dozen with a double as well.    After the flats,   we fished the east weedlines next to the trench and also got into a few fish.     After that, we tried the channel and only caught two fish off that weedline.   I noticed no current in the channel and the weedlines are continuing to thin out and shrink on the east side.  In the morning,  I saw lots of fishermen over there but didn’t see any there after 11:00 am.

To end the day,  we decided to go back to the wall,   Running down the wall to the outlet,  I could see Bob M’s as well as Vaughn and Dan’s boat there.   I wanted to give them some space and time before returning lest I get accused of low or high holeing them (wink).  I thought we might have cleaned it out in the morning,  but we did great as did the others throughout the day .   I think the fish are all moving in that direction.

Today was a unique day on the forebay.   Our average fish today was over 20  inches for a total of 29 fish.  I dont remember every catching so many good fish like these in one day and especially in September.   Where are the dinks?   With the lake at its near record low,  the water movements in the Forebay are very different this year.   There could be dozens of reasons why the fishing is changing.   Maybe the big fish are eating the small fish.   Last week I can’t unsee that 30 lb striper taking a swipe at a 5 lb striper that I had on the line.

We left early at 3:00 because I had a Tower of Power concert to attend at the Mountain Winery at 7;30.   Tower of power has been around for  53 years.  It seems all the guys in the band are about Don’s age.   I picked What is Hip”  for the soundtrack.  The answer to that question my friends is Don is hip.  Watching Don fish makes me realize that there is still a lot of fishing for me in the next 20 years. Im going through a mid life fishing crisis. I bought a Revel 4×4 Mercedes Sprinter and a Rad E Bike to widen my range.   Don inspires me to keep my health up and find the great parts of any fishing day.  I leave for the Aleutian Islands in three days and it was a great warm up for the fish that are yet to come. Time to pack . 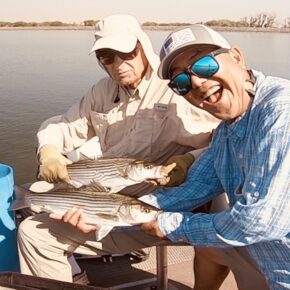 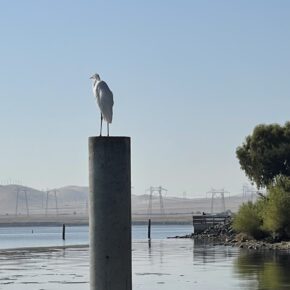 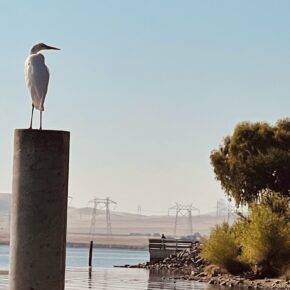 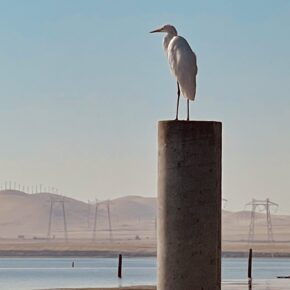 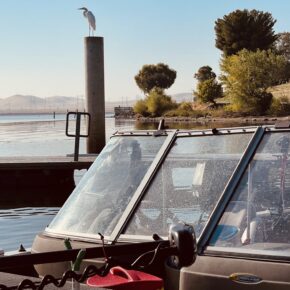 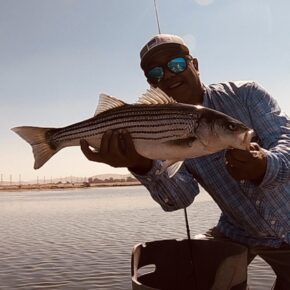 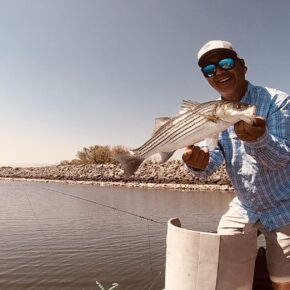 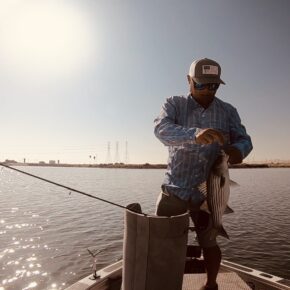 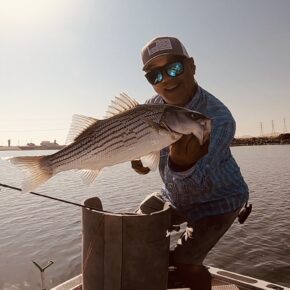 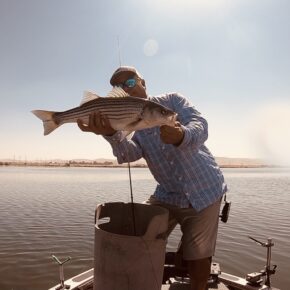 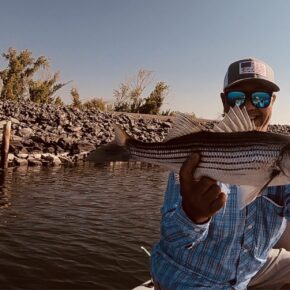 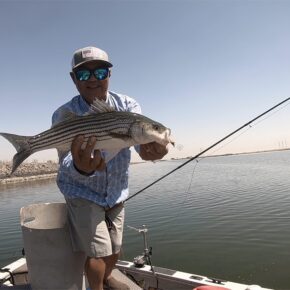 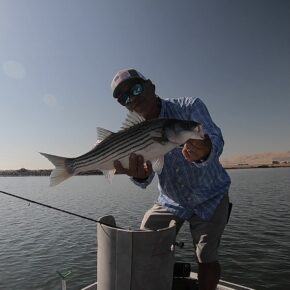 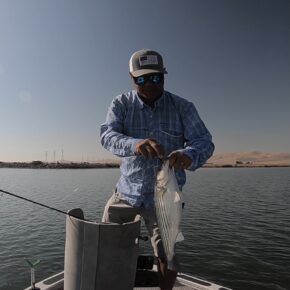 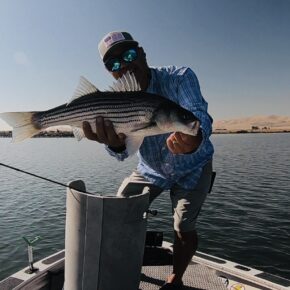 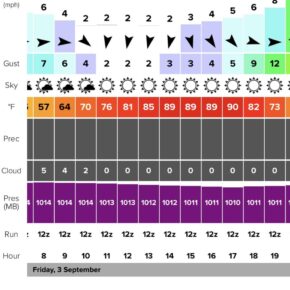 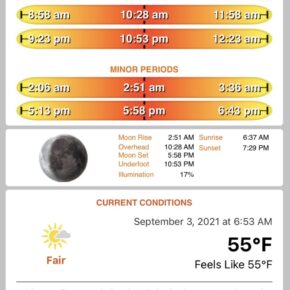 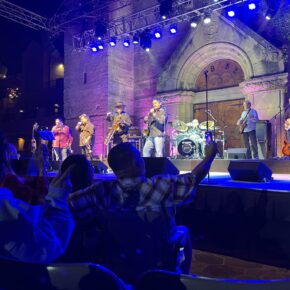 One thought on “Forebay with Don”