October 9, 2022    It been years since I’ve seen so many Dinks in the lake.   After a couple weeks of not fishing the lake, it seems the water level has not changed much.    The Dinosaur Point launch is still very shallow averaging about 10 feet deep most of the way out but at least its open.   Last year at this time I was expecting the lake to be closed by now.    There was a full moon last night so I decided to go out a bit later.   Usually the bite moves out later in the day  after fish feed at night with a bright moon.    I decided to fish the east shoreline around the old Basalt Launch where I did well last time out.    There were schools of baitfish  hugging the banks all along the shoreline and occasionally I would see some fish busting bait right up to the bank.   Most of the schools busting bait were smaller fish but occasionally I would get a good fish after a dozen dinks,    The big fish were mixed in with the schools of dinks,    I tried my old method of trolling a pair of flies with a full sinking line and I couldn’t keep the dinks off the line.   I even got a double today.    Of the many dinks I landed today,  only 4 fish were over 18 inches.  All of the larger fish I hooked today were on casts all the way to the bank.

It was a fun day despite the smaller fish.   I think it might have been more fun had I taken a 5 wgt out with me.    The dinks were easy to catch with smaller flies and in the afternoon,  I switched to larger flies to cull through the dinks for bigger fish.     At 1:00 pm I streamed the 49r game on my ipad and fished the trash racks without a single fish or bite.   With no current from the pumps and the shallow levels,   fish are not hanging out there this time of year.    Last year at this time , there were lots of fat stripers in forebay.   Todays bigger fish were on the skinny side despite so much bait in the water with exception of one fish.

I kept a fat 21 incher for the poacher  and found a 4 inch threadfin shad in its gut.    There is some big bait in the lake these days.  I think I might try the forebay next week.   Roger George has been trolling up lots of large fish  these last weeks.    I haven’t figured out yet how to target those deep fish or even find and cast to them. 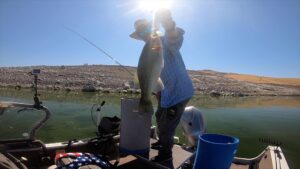 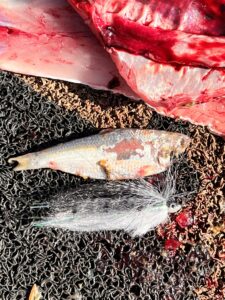 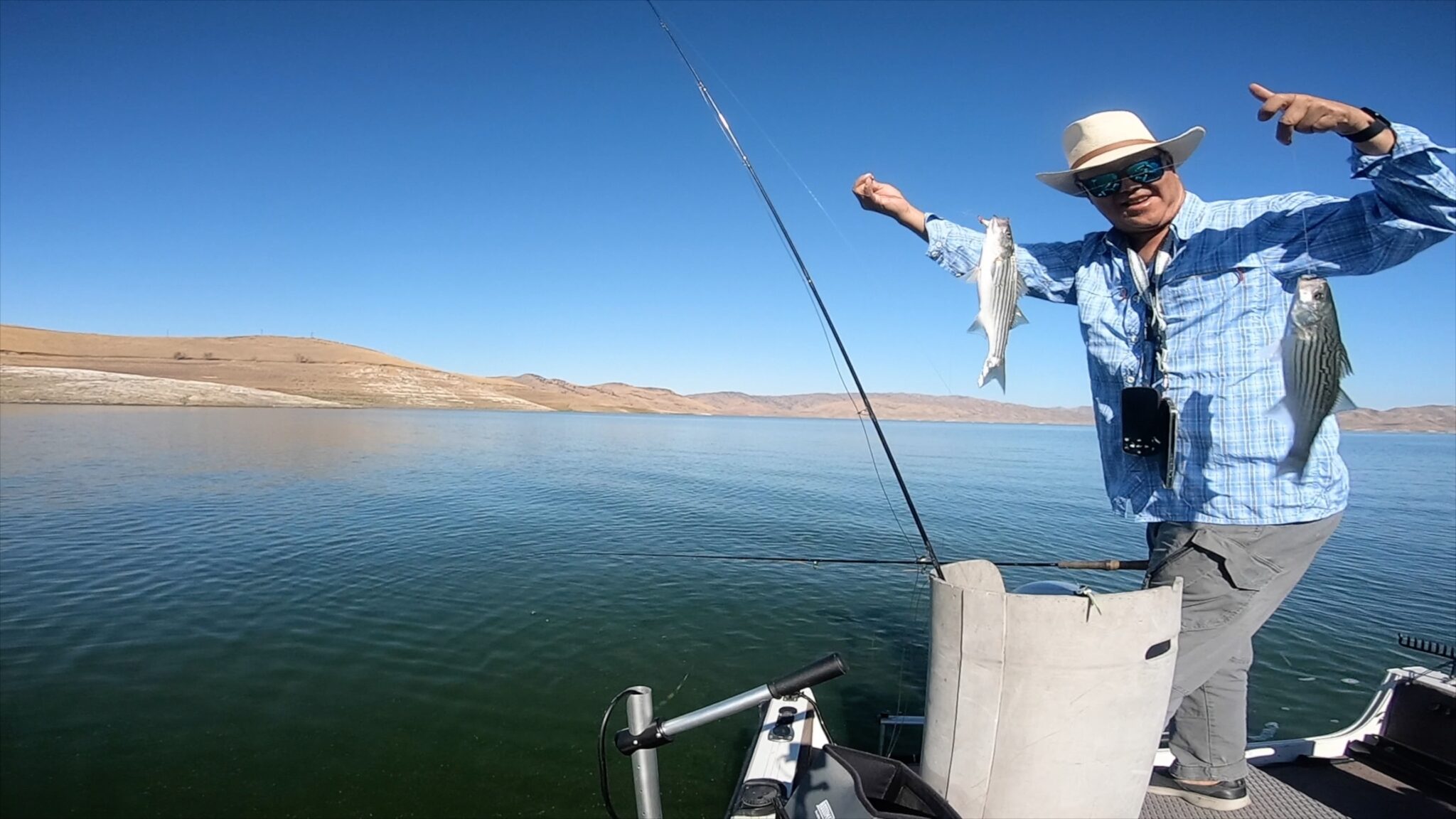