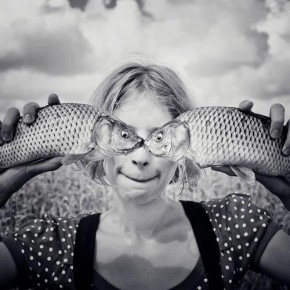 Its been a really long time since I had two zero fish days in a row at The O’Neilll Forebay.  What started out as a day of promise ended up with only one hookup and it wasn’t a striper.   While casting to the dam at Oneill,  I got a really light hit on the slack of the strip, I set and the fish came out of the water immediately tailwalking at me,  Two and half strips later I finally caught up with the fish but he already threw the chartreuse flashtail clouser.   It was about a ten pound Largemouth Bass.   That was it. We had low wind, 56 degree water,  great solonar, muddy water  and the levels were up substantially from two weeks ago.  We fished the tree and weed line on the north side and the deepest part of the forebay around the center buoys.  The sure thing Maderis wall gave up nothing.  There were lots of graphed fish that were suspended and in 25 feet of water.   We tried trolling flies on the bottom too with no luck.   I’ve got the jinx.  I think I’ll rest the lake for a couple weeks.  Check out the fishing podcast at RODMOB.COM.

Rick and I went to the Pleasanton Fly Fishing Show on Saturday.    The highlights were listening to Dan Blanton talk about stripers in San Louis and the Delta for two hours.   I like his idea of fishing uphill,  pulling into the weeds and fishing out.  There were great slides of Al Whitehurst and Len Bearden in his show and lots of the pics were pretty old,  but it brought back some great memories. Howard and Jaine of Fishabout Travel made an appearance   It was great to see my old friend who is a guide and fishing travel agent in Florida looking good. 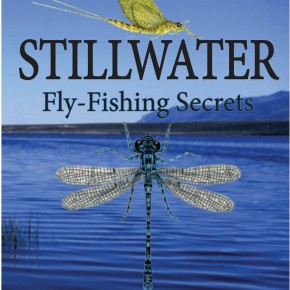 Also,  I purchased Hal Jansen’s new book–Stillwater Tactics.  This book is his first and possible only book–he told me it’s his lifes work and its great book.   It was nice to see him after about 20 years.  Hal and I fished togetther a couple times in the 70s.  He had  an old E-type Jaguar that he bought (traded)  from the Reagans (yeh Nancy and Ron).  He use to drive that gold two seater sports car to fishing spots.  One day we drove it to the Trinity River where he drove that car over boulders and rip rap in order to get closer to the river.  We pulled up into that parking lot full of four wheel drive vehicles,  got out and got the craziest looks from the other fishermen who thought we were idiots.  I have to say that Hal is one of the best most skilled stillwater fisherman I have ever fished with and one of fly fishing’s great personalities.  He has the sense to know whats going on with his flies even 20 feet down on a dead drift.  I doubt that book will teach me that skill but Im reading it. He owned the first float tube in California,  and he fished  McCumber Lake in the 70’s and had huge trout out of there regularly.  When my cousin Wayne and I fished with him one day, we were amazed at his ability to see fish through glare.  Later someone told me that he had naturally polarized eyesite–I think he’s an alien.