It been a long time since I felt the pull of a big striper.   Today, I pulled on a bunch of dinks and its just not enough.  Any day now,  the Lake and Forebay should start getting better.  Last year at this time the lake was 20 feet higher and there was timber in the water and more flats to fish.  This year’s pathetic lake levels are going to change this seasons fishing.   Rick and I spent a windy but sunny morning fishing the forebay with no success.  We even tried some live bait and couldn’t hustle up a single bite.  Around 2:00 pm we decided to fish the wall at Mederios before heading in.   Keeping the boat 100 feet from the bank and tracking at 1 mph was tough in the wind but Rick offered to maneuver the boat while I casts to the rocks.   We ended up with about a dozen dinks and only one keeper but the action was constant for a couple hours.  I don’t know why the fish turned on in the afternoon.  Water temps were 58 and the wind was all day long at around 12 even though the windline said 5 mph.  I even thought I saw the red warning lights go on for awhile. 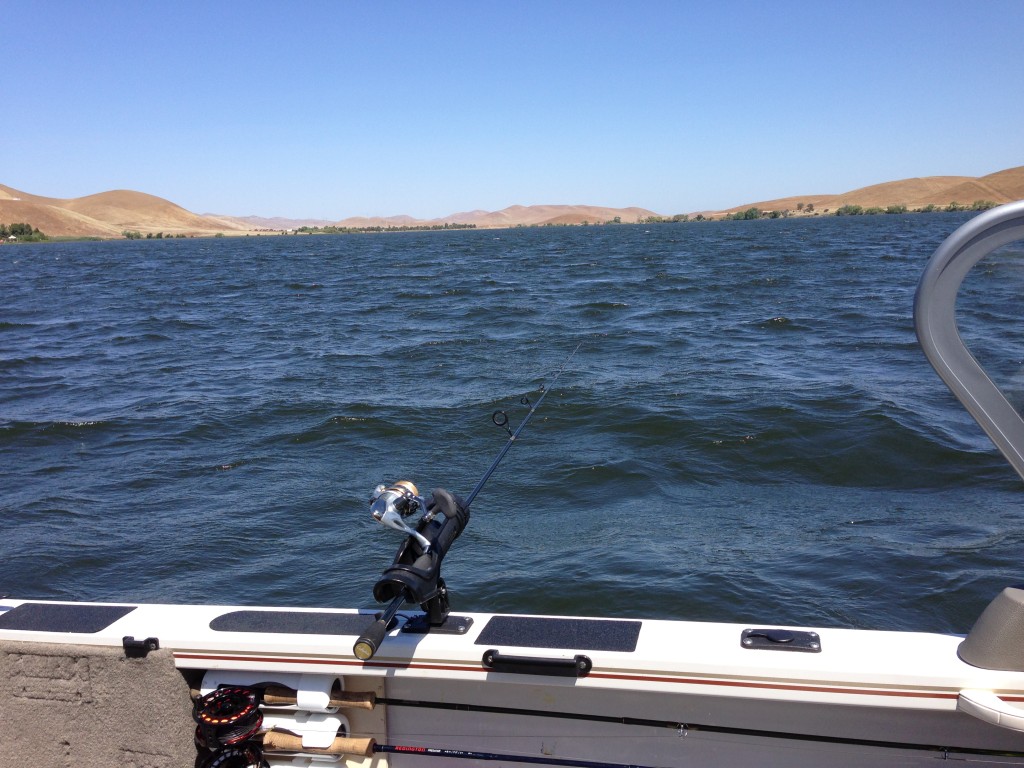 Two weeks ago,  Wes had a banner day on the Feather River landing 100 stripers in one day on the Feather River with some bigger fish.  I amped up to fish the beginning of last week with him but at the last moment,  the river levels dropped and the stripers disappeared within days.  Word on the river was that a bunch of salmon smolts were released at the hatchery and the stripers were boiling all along the river for a few days.   Of course I timed it wrong again.    Instead,  I spent the week tying flies and getting ready for San Luis to bust open.   Wayne and the his boys managed a pretty good day just right before the water dropped.