Mark had an amazing year at University of Oregon. Enrolled at Lane Community College and University of Oregon at the same time, He managed to pass his EMT 1 class with flying colors and pull a 3.7 GPA while working two jobs. Employed by RESNET and Epic Software as a “superuser”, it’s hard to believe that he had the time to do well in all his classes and work. Packing up Mia’s Berkeley apartment furniture and shlepping it up to Eugene, we moved Mark into a summer sublet and got to see his new fall rental house for next year. I can not believe that a room can be rented in a house in Eugene for $400 bucks a month. Starting room rental in Berkley and Washington Heights New York are $900.

Our road trip to Eugene took about 9 hours and was easy. I listened to an Audiobook during the up and back and it went by fast. I saved Dan Browns “Inferno” for the ride and it’s a winner. Great book!

Saturday, I hired a guide out of the Caddisfly Shop in Eugene and took my dusty spey rod our for a ride. The old Death Star got a work out with my mediocre spey casting and Bryson Fairlamb gave me some on the water pointers as I tried to catch one of the 1500 Willamette summer run steelhead counted in the city run. This years run is down from last year and the prime time for the run is yet to come but being in Eugene, I figured I would practice casting at the very least and thats what I did. One nip was the only sign of a fish that morning. Seems that guides are most excited about the North fork of the Umpqua in March for 20+ lb wild steelhead. Book in December. 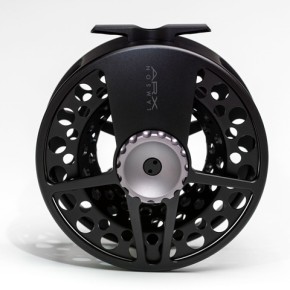 I picked up a Lamson ARX spey reel for my 11 foot Scott 7wgt switch. Nice light, well built reel.  It has a Hard Alox finish and has the same arbor and drag as the Vanquish reels I love. The Spey specific features are in the fact that it is nearly impossible to have that thin running line snag on anypart of the spool or frame which greatly minimizes fouling during casting.  The reel is also designed to handle the cold icy environments without seizing and has a lifetime warranty.  THis is a great reel and I think I may even use it for stripers this season. 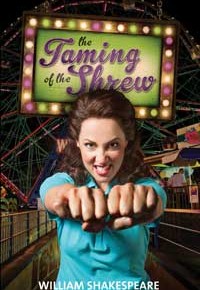 On Father’s Day, I had a great breakfast with my two kids at the international Pancake House. We headed to Ashland for a 1:00 Shakespeare Play at the Bowmar Theater — The taming of the Shrew. It was an excellent production set against a backdrop of beach boardwalks and rockabilly. The last time I saw that play in Ashland was in college (79) and Meryl Streep played Kate. In shrewish fashion she spit on me as she was shrieking and I liked it. Tonights performance was more sublime.

We booked a night in a suite at the Ashland Springs Hotel. Definitely an old first class hotel built in 1925. The view was great from our room on the 7th floor. THe hotel is the tallest building in Ashland. 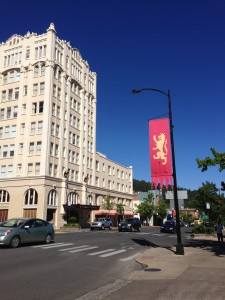