After the Death March in Alberta this year,  I started to rethink my camera logic.  The GH3 is cool to have but the weight and size vs benefit while fishing is not so good.  I only really used it for a few still shots and took most of the video and stills with the GoPros.  Still,  I feel a bit naked without a high quality interchangeable lens camera for the field that fits nicely in my pack and I want a camera that changes lens.  Two new cameras were released recently that are fishy interesting.  The Panasonic Lumix GX7 and the Nikon 1 AW1.

The Lumix GX7 is a micro four thirds camera that has just about all I like about the GH3 in a smaller body.   The GX7 has a 90 degree tilt-able live view finder as well as a swing out very bright LCD screen for self portraits on the timer.  Unlike other Lumix Cameras,  there is in-body stabilization which means I can put a Nikon Fisheye on it and it will focus and stabilize. I chose the Nikon Fisheye from lensguide. The camera has WIFI built in so I can shoot from my IPhone.  As with all the Lumix cameras,  the video is superb, fully manual or you can choose from lots of presets in video from the Creative Movie Menu in Full HD 1920 x 1080 60p/50p smooth, high quality video recording in AVCHD Progressive and MP4 formats complete with stereo sound.  Intelligent Auto mode works for movies  Also,  The Creative Panorama mode which is new in this camera lets you take panoramic pictures both horizontal and vertical in the same manner as the Iphone.  Simply pan the scene and the camera will stitch- an outstanding feature for fishing!   I have preordered one from B&H Camera and I expect it around the first of next month. 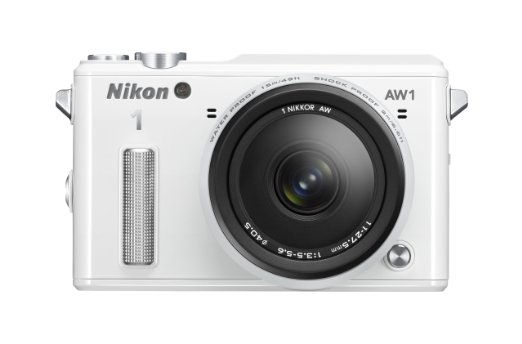 The other camera of interest from a fly fishing viewpoint is the new waterproof interchangeable lens camera the Nikon 1 AW1. The highlights of this camera is that it is fully waterproof and has the worlds fastest contiguous shooting frame rate of 15fps with auto focus.  Its got that great sony 1 inch cmos sensor that shoots at 14.2 megapixel.  It will also record full HD.  You have to use their waterproof lenses and their are two –  an 11-27mm and a fixed 10mm.  It is also WIFI enabled.  One cool feature of the camera is the ability to take stills while taking video.   This camera does not have all the bells and whistles that the GX7 has but it is fully waterproof and it can take the place of a GoPro with an emphasis on better stills with interchangeable lens.

Finally, although not a camera. I think Ill have to find me one of these also. 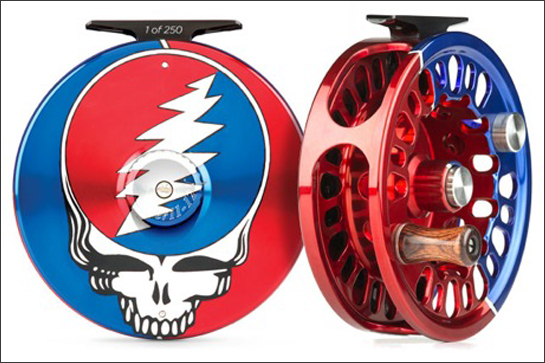 These are custom painted  limited edition Able Reels with the Grateful Dead “Steal you Face” logo.  Only 250 will be produced.   A tribute to my Deadhead phase in late 70s.