I experienced only one of the above today and it wasn’t a 30lb striper.   Again I went in search of the surface action at the Forebay.  It was a beautiful day not to be working.  A weather front brought rain two days ago and another front is expected by Tuesday.   The wind was minimal and there were only three boats on the lake all day and no other fly guys. 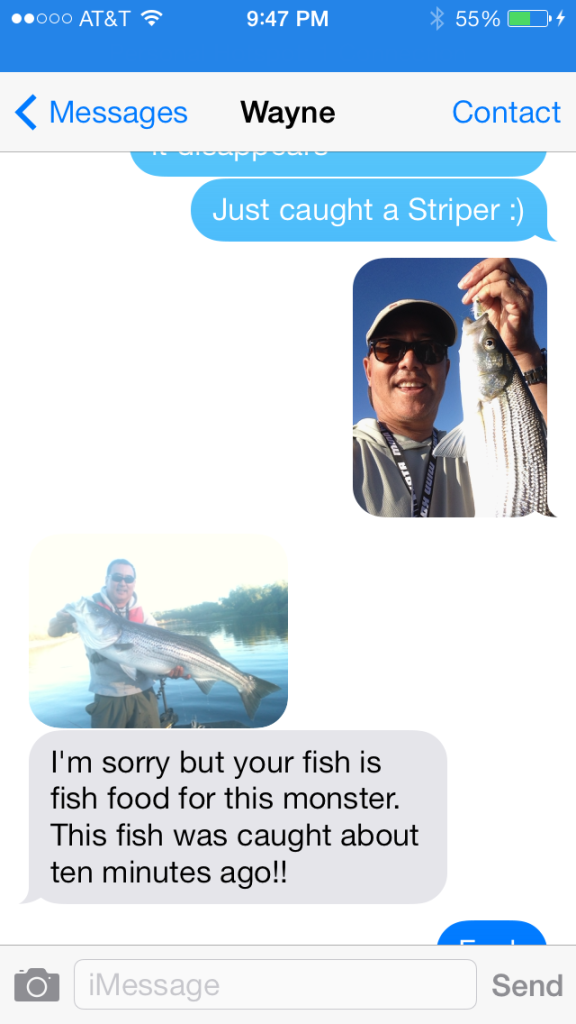 At 8:00,  I received a text from Wayne asking how to close apps on IOS7 which by the way is phenomenal.  I had a dozen Stripers landed by the time I got this text and that enormous Sacramento River Striper took the wind out of my sail  Pretty quick.  That fish was caught on the Sacramento River near Butte City on a Zara Spook by Wes Yamaguchi.

The fishing this morning was pretty good considering there was no surface activity.  The fishing seemed to get better around 7:30-8:00am as the sun came up a little.   I did better on size 2 sparse yellow clousers than 1/0 Chartreus Flashtail Clousers.  Rattled flies better than non rattled flies.   I did learn a lot more about my fishfinder and where to cast.  There were not many large schools of fish around,  but once I found them  it was all about guessing what direction they were heading.  The schools did not stay put.  I caught three fish vertical jigging a DUHspoon for kicks which is an effective way to catch those fish right under the boat.    I ended up with about two dozen fish for the day and kept two 20 inchers for dinner.   The twenty pounder eluded me today.  I took more 3d video however.

On the way home on 152  the back right tire on my trailer blew out.  I managed to maneuver the boat to the shoulder and used the truck jack to replace it with the spare.  Lucky day.  No casualties other than a rim and tire. 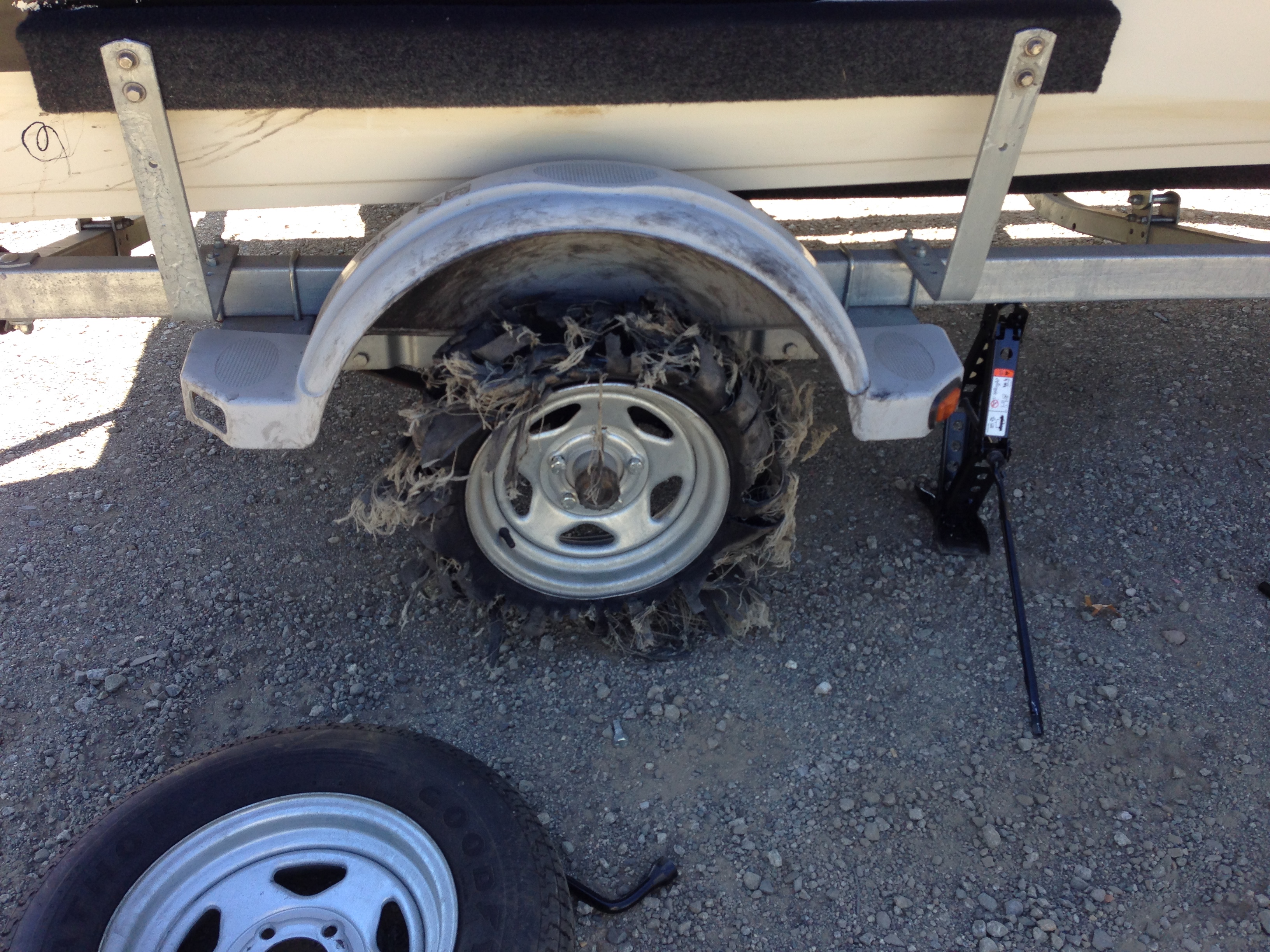