I’ve spent much time trying to figure out where exactly my fly is in relationship to what Im seeing on my electronics. I figured I would try to simplify the math in determining where a fly is behind the boat .  Last week Dan showed me a technique he uses to fish for stripers at 30-40 feet. We trolled sinking fly lines around water that was 70 feet deep searching for fish that were 30-40 feet deep. Then we would troll at 2mph for a random amount of time. Stop the boat and let the lines sink, and then we hand stripped the flies up through where we thought the fish were.

In trying to create a setup that could get down,  I researched how ocean striper fly fishermen are fishing depths below 30 feet. The variables that most effect line sink rates would be the density of the line, total grains of line in the water, and the speed of the tide or troll.  The thickness of the running line and the frictional resistance of the fly line in the water also slow down the sink rates of lines.  In general, 400 grains of T-14 (8wgt) will sink as fast as 400 grains of T-20 and faster than 350 grains of T-14 (7wft).  In an excellent article written by Gene Quigly for  RIO on Deep Water Flyfishing for Stripers,  he states that the RIO T-14 sinks at around 9 inches per second and is about the heaviest CASTABLE density there is for today’s rods . Since most my T-14s  are 28 to 30 feet long, that’s only 420 grains of line out at the most and way hard to fish below 30 feet.   The article that I thought was most useful was Deep Water Stripers by Aaron Jasper who suggests a 1000 grain line as being the most effective way of getting to depths below 40 feet sinking at 11-12 inches a second.   You can find 30 ft pieces in many places but its hard to get a 50 ft piece without going bulk.   I ordered 50 feet of T-20 through Sea Level Flyfishing.    To help it sink faster I attached it to 115 yards of 50lb rio slick shooter,  With short leaders,  flies with big eyes, rattles and artificial hair to aid the fly in sinking fast,  its a whole new world of flyfishing below 40 feet if you can get there fast and fish it.   I for one can’t stand counting to 50 after each cast of a t-14.  I figure if you can keep you line down around 30 feet till you see fish at 50 feet,  when you stop the boat  with your flies over the fish,  you only have to wait 20 seconds to reach them.  Plus with the sinking rate of 1000 grains of t-20,  you can bottom fish at depths you would normally vertical jig with conventional tackle.   I’ve heard that’s where the big ones live.

Here is the math.  (thanks to geoff for  pointing out my mistake of using tangent instead of sine for this equation) 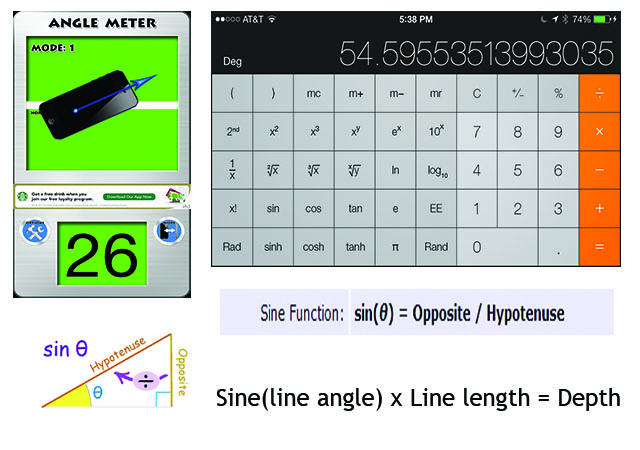 To determine the depth of the fly we need the length of the fly line and backing that is out and the angle the line forms in the water.  typically we let about 150 feet of line and backingrunning line out of the reel when we troll.  Luckily there are some cool iPhone apps the you can use to help calculate depth. I use the default scientific calculator on the iPhone (just turn the iPhone sideways in calc mode) for Sine and a free program called Angle Meter. To find the depth of the fly,  measure the angle of the  fly line to the horizon by simply holding the edge of the phone parallel with the fly line in the angle meter app. Then use the calculator to determine the sine  (enter the angle value and hit Sine.  Multiply that number by the length of line out and you get the depth of the fly.

2.  (The horizontal distance of fly behind boat   /  speed of boat in ft/sec )    is how long we must troll and then stop to put the flies on the fish.

We know  the fly is somewhere behind the boat at a known depth and we now we have let about 150 feet of line out of the reel.   Once we spot fish below the boat while we are trolling, we need to know how far to keep trolling before we stop our flies over the fish.   To figure out how long to troll at 2mph before we stop the boat ,  we need the horizontal distance behind the boat of the fly,  and the speed of the boat in feet per second.

We use the Pythagorean Theorem  to solve for the horizontal distance behind boat. 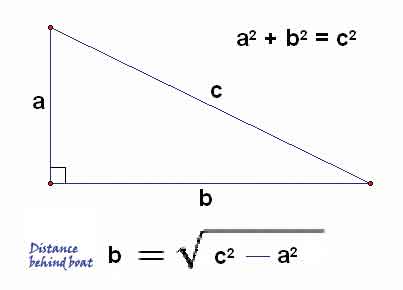 So we know we are trolling  about three feet per second at 2mph.   Whip out the calculator and subtract the square the depth of fly from the square of the line out and take the square root of that number

Then take that number  ( say about 75 feet back)  and divide it by 3 to give you how many seconds you must troll at 2mph to get that fly right over the fish you metered.  In this example, 25 seconds (75/3) of trolling and then stop the motor.  You are now directly on them, below them or above them.

So here is the minimum info you must keep track of.

The depth of fly while trolling  is the SINE of the angle of the line times the length of line out.

The amount of seconds to troll at 2mph to stop the fly on them is the square root of the line out squared minus the depth squared all divided by aprox 3 giving you the seconds to troll before you stop.   Just tell Siri “Siri, timer, 25 seconds”

To make things a bit easier on the water.  I downloaded a small spreadsheet program called “ISpreadsheet” and wrote a small trolling spreadsheet where I could enter the angle and the length of line out and all the data would be generated. 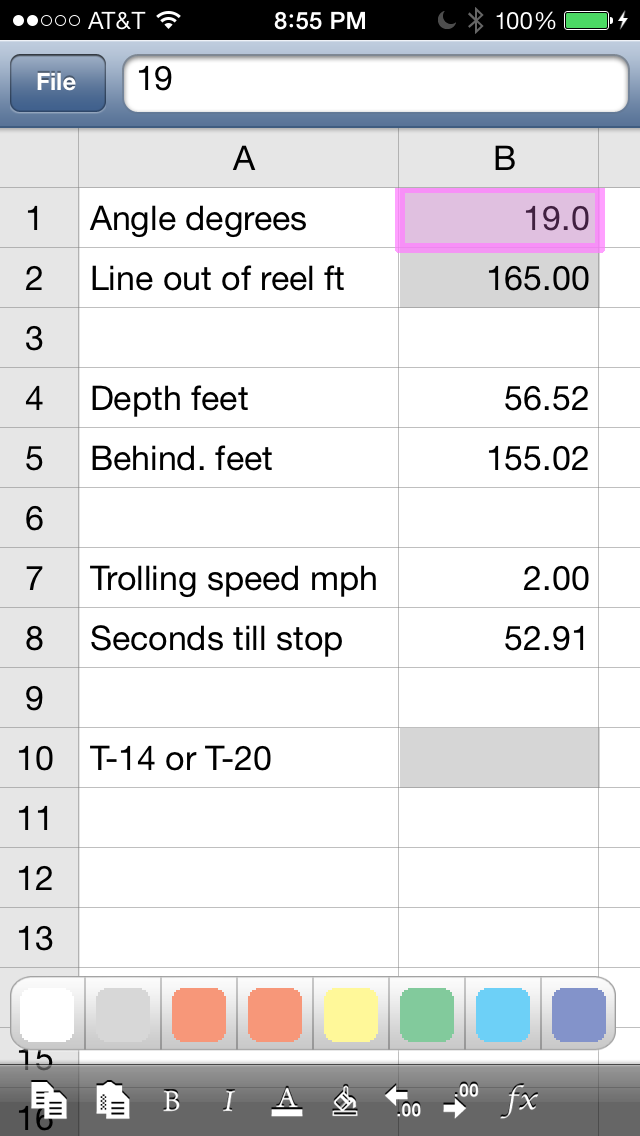 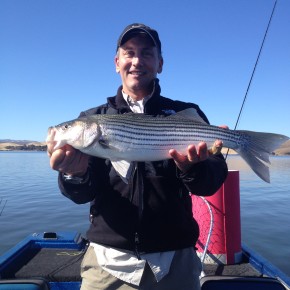 Steve H informed me today that he had a great day on Oneal Forebay.  He caught around 20 fish fishing till 1:00 pm.  I think the stripers think its spring and are pretty confused.   The mega drought is coming and maybe  the fish are committing mass suicide before they suffocate this summer.  Must fish while the fishing is good.

I still haven’t perfected the flotation for the Phantom but I found some great information on other crazys that fly expensive camera equipment on the edge of disaster for that great shot.  Drowned Drones is a great article on the risks of water flights.

Tomorrow is the Superbowl and frankly, I don’t really care much.   I still cant get over the playoffs and I just might fish tomorrow instead of watching.  Maybe it will be less crowded on the lake.   Vegas should put a line on how many substantiated BAD calls the officials will call in the most important game of the season.  My bet is at least 3 game changing fouls or no calls. 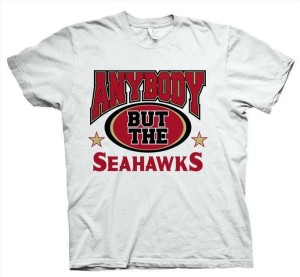 2 thoughts on “The Geometry of trolling flies in San Luis….”