I originally planned on going to the Pleasanton Fly Fishing Expo on Saturday and Sunday, but after hearing about Wayne’s great day on the Delta Friday and watching Dan Blanton’s presentations on the Delta and San Luis,  I had to fish today.  I should have gone back to the show.  I always thought that if the Delta was hot,  the lake and forebay would be at least similar but I now know that’s not always the case.  The water level was very low in the Forebay but warm at 56 degrees.   I fished from 6:30am – to noon without a single fish. Wayne got this beauty on Friday morning on the Delta with Angel.  The Delta is where its at right now for sure.   Two weeks of this so far. 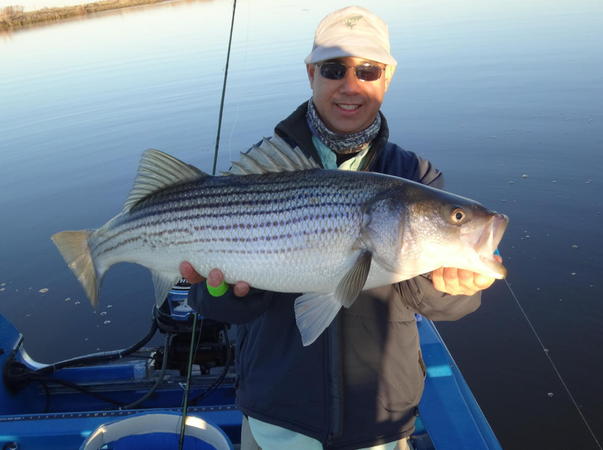 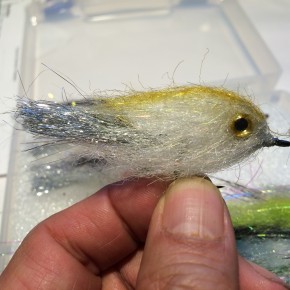 The show was nice as usual and I still go and watch whatever expert speaks on California Freshwater Stripers.  You never know when you might catch something interesting or new.   I scoped out some Christmas Island flies tied by Enrico Puglisi.  I think the perfect striper fly is somewhere between his baitfish imitation and a flashtail clouser.  I bought a load of his materials and I tied some up and tried them in the Forebay but the fish didn’t seem interested in ANY pattern today.

I had the opportunity to cast a Sage Method 7wgt,  A Sage Method  8wgt and a Sage XI3 7wgt side by side.   I choose as my next rod, the 9ft 7wgt Sage Method.   Dan Blanton had mentioned that a month ago,  he was using one of Ray Hutchersons 7wgt Stealth Fly Rods which, by the way,  will be available soon at Sea Level Flyfishing.   He landed a 30 plus striper in San Luis with it.   I don’t think the Method feels weaker than the Stealth and in the event that a big Striper hits, I think the rod can handle the odd 30 lbr.  The 7wgt method has plenty of power to handle wind and big flies and yet it feels like it would be significantly easier to cast all day as opposed to the 8 gwt.   The Sage XI3 7wgt in my opinion is too overpowering and heavy.   It feels better with an 8wgt fly line also.    Seal level Fly Fishing is releasing a redesign of their hip shooter that is contoured to the body like the Orvis Shooting Basket.  This one is lighter and I think its perfect.  Available in April.

I almost had to drop some green for a couple sweet classic trout reels.  Terry Owe had a cool McNeese Anti Reverse trout reel.  I also spotted a 4wgt English made Hardy Cassiopeia that I have been contemplating.   There is currently a Sarcionne on eBay that is better than both if I can get it at the right price.  Collecting antique fly reels is an expensive addiction.   Talking to some of the collectors at the show,  I could see that it was tough to make money in the fly fishing antiquities business.  It was nice to know that my bamboo is still holding its value. The issue is that I would never sell any of it anyways. 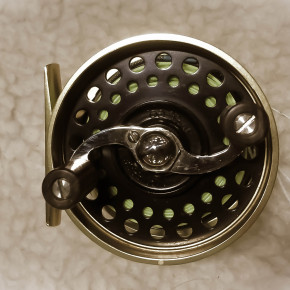 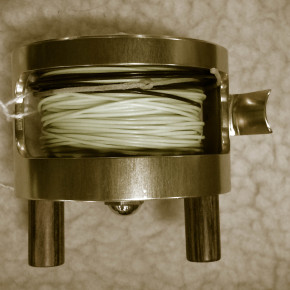 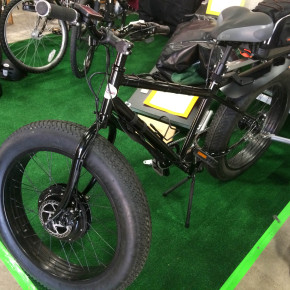 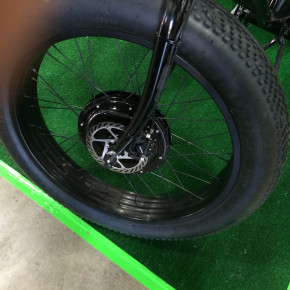 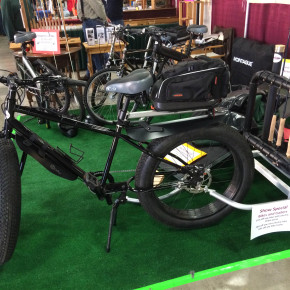 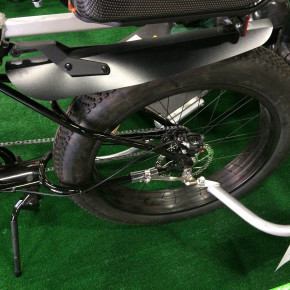 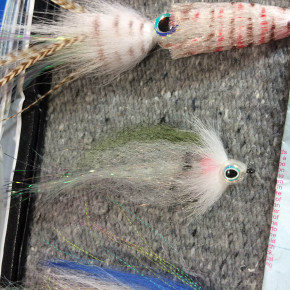 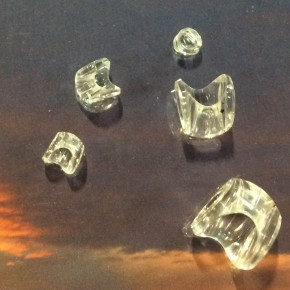 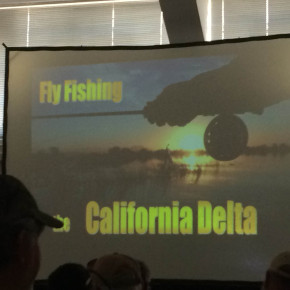 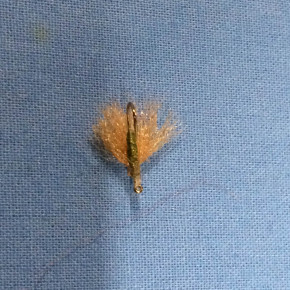 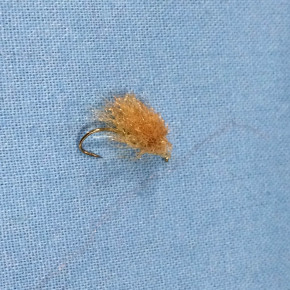 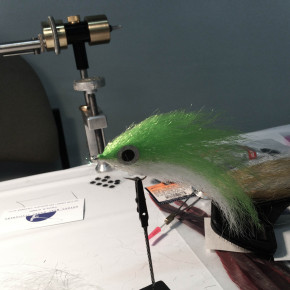 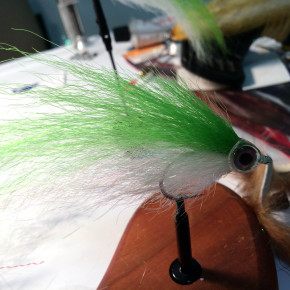 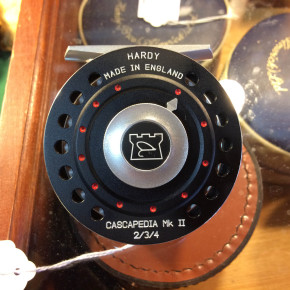 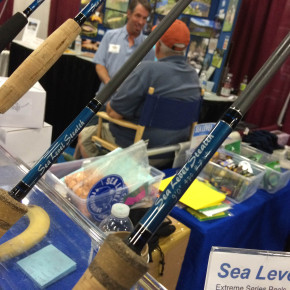 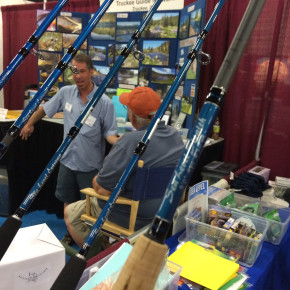 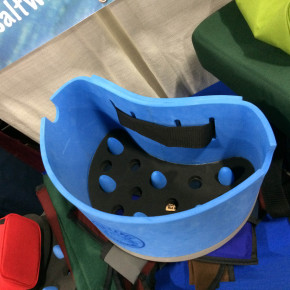 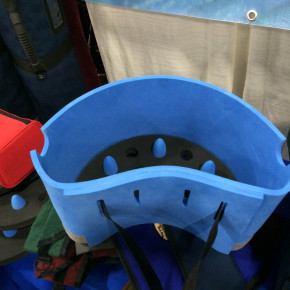 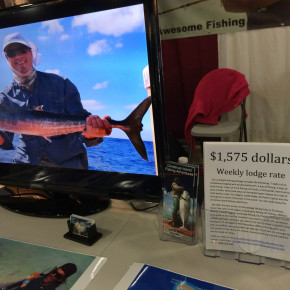 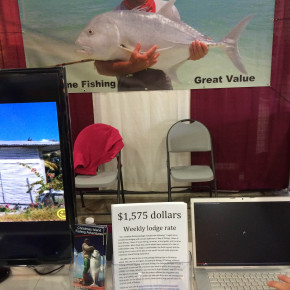 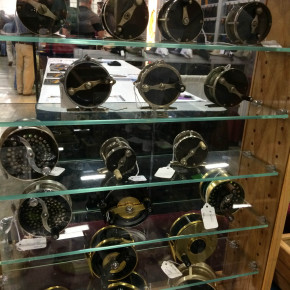 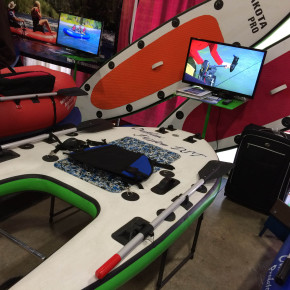 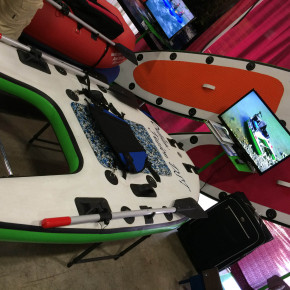 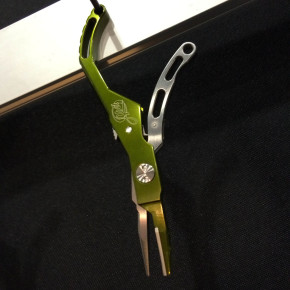