Its been several months since I had a double digit day at San Luis and I am happy to report that the slump is over. Not quiet as cool as hitting two grand slams in a single game (Go Giants), or twins catching two Trevally on flies at the same time, but definitely a great day today. Its been two weeks since I got back from Christmas Island and I wasn’t sure if I could get into stripers again so soon but todays fish must have sensed my need. The stripers today were fat and angry and I have new respect for them. Since the equipment for bonefish and stripers are basically the same for me–my 8wgt Helios and 7 wgt Method rods, and with the bone fishing so fresh to my senses, it was interesting comparing how the Stripers fought today compared to a small Trevally or Bonefish of the same size. Stripers pull respectably hard. I had the tip of the rod in the water several times today. What stripers lack in a long run, they make up with bulldogging. I lost count after 30. I guess a third of them were over 20 inches. The weather was excellent, almost no wind for the morning and overcast. The weeds are full on and the reservoir was pumping water into the forebay hard in the morning . It seemed like the pumps turned off around 10 since the current died abruptly about then. The fishing however picked up for me around 10:30 and I caught fish continuously until around 1:00pm when the wind started to escalate. I came in around 1:00PM with the wind blowing 20 mph. It even sprinkled a bit. The main lake is definitely very low again and Im wondering about the fall fishing there and that great topwater in a couple months.

I arrived at the lake around 7:00am and there was only one other boat at the dock all day–Dan Blanton on the Prime Time with a friend. In all the years I have fished there, this was the first time I actually launched next to him. He mentioned to me that he was excited to get back to Christmas Island after our reports, and also mentioned that BAHA was in a slump. At the dock pulling out, he told me that they had caught around 40 fish making the grand total for our two boats over 70 fish in 6 hours! Granted a lot were dinks but I felt one in three fish were keepers and at least 3 fish were over 4 lbs. I messed around in the weeds today for awhile with poppers and carp flies. A group of PIG grass carp were sloshing around on the weeds–probably spawning, but possible feeding. I threw at them, but no takers. I took some cool shots of the lake from the weeds when the wind died as well as some shots of Dan.

“Prime time of the Fly up close! ” 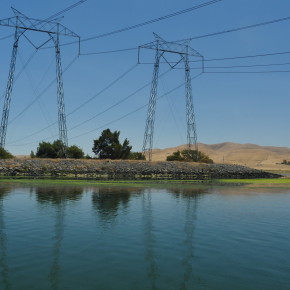 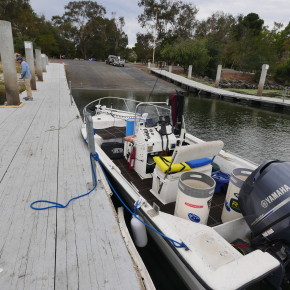 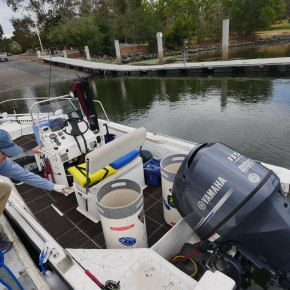 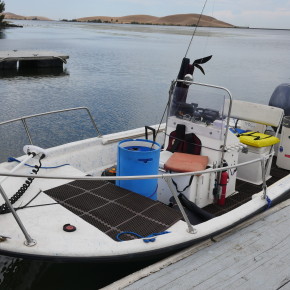 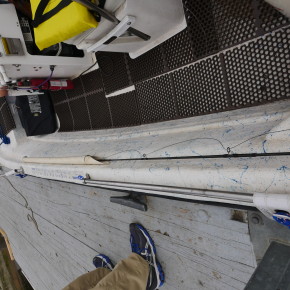 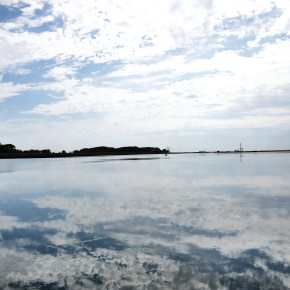 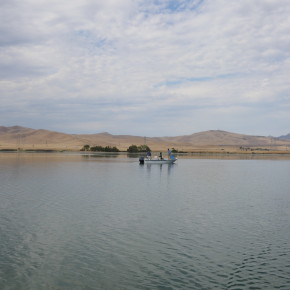 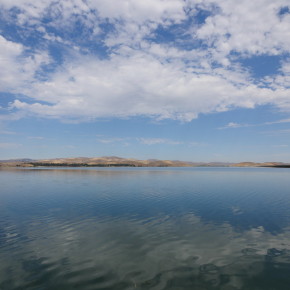 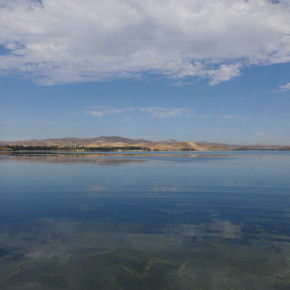 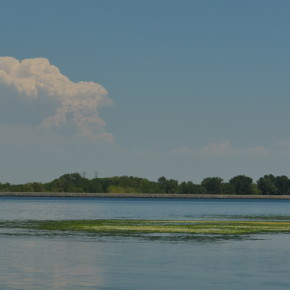 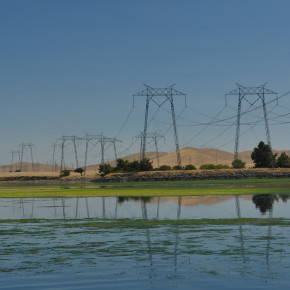 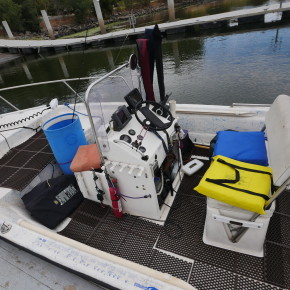 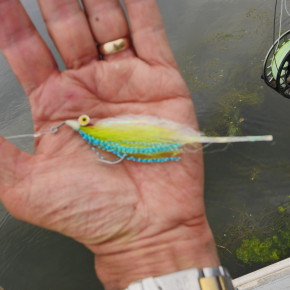 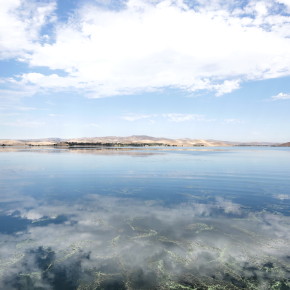 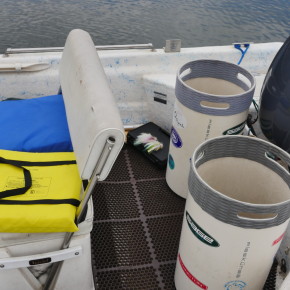 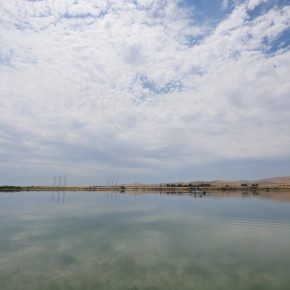