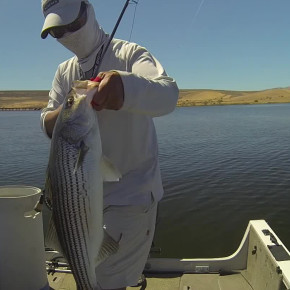 I set out to catch a big fish today and I did, but not in the place I thought I would catch it. I arrived at the Basalt Ramp on the Big Louis at 8:30 and there were three boats pulled over to the side waiting for someone to bite the bullet and launch. The launch looked like someone had gotten stuck . A big gash right at the water line. I had a utility shovel in my truck and I went over to the ramp and started putting some big rocks in the holes and covering them. Just as I finished, A guy in a 20 foot Boston Whaler pulls up and starts launching. Finally a test of the ramp. He launched with no problems and I followed right after him. The wind was blowing about 15-17 MPH and it was bumpy even for the big whaler. I headed over to my favorite bank that was somewhat protected from the wind and worked the shoreline. The water is at an all time low – Lower than last years low and it was like fishing a new lake. All my secret spots were up on the bank but I did meter some schools of fish and threw my fly box at them with no luck. I tried the Bay of Pigs and the Trash Racks and got one bump from 8 to 12. A couple bank fishermen mentioned to me that two 30 lbrs were caught on bait yesterday from shore which made me fish hard all morning. There were about 10 boats out trolling and no fly fishermen. With no luck all morning at the big lake, I decided to head over to the forebay for the last inning and at least pull on a fish before heading home. When I got to the forebay at noon, It was a circus, so many jet skis and bait fishermen in tiny boats launching. I got in line, launched and headed over to the channel below the bridge since the jet skiers and motorboats were racing in the main area. I worked the weed edges and picked up three over 18 inch fish but they were not easy or aggressive–all on the pause or drag with small yellow flies. Around three, I decided to try the weed edge one more time before getting the hell out of there when I hooked up on a bigger fish that took me to the reel. Finally a forebay fish on the reel. It wasn’t a giant but it was 28 inches and boga’d out at 8 lbs 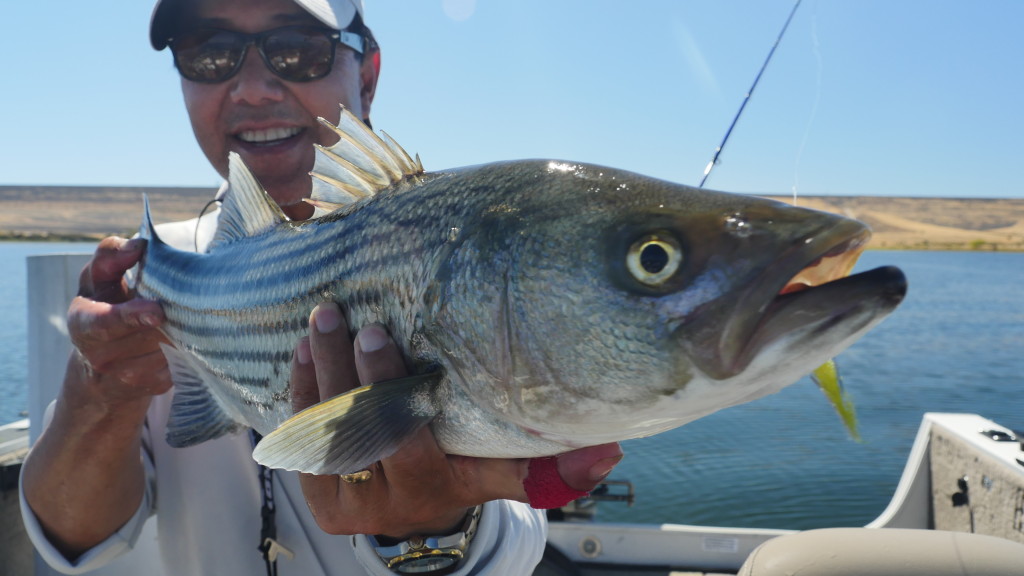 2 thoughts on “Full House on Labor Day at the Forebay”