I spent Friday at the Pleasanton Fly Fishing Show  hanging out with Wayne, Benson and Victor who drove down from Redding and Chico.   I especially enjoyed John Sherman’s Delta presentation.  His great photography can be found in one of my favorite books, Fly Fishing the Califonria Delta written by Captain Mike Costello.   One thing John said in his presentation made me realize that there are two types of Delta Striper Flyfishermen–  those who live in the Delta or who have guided more than 200 days in a year,  and guys like me who  in a great year of fishing while working are fishing 5 days a month at most.   John’s goal on the delta is to catch those fish bigger than 20 lbs and not “quantities of good fish”.  It made me think there is a different strategy to only fishing for big fish.  Perhaps I should not cast a fly under 5 inches or concentrate on big fish locations, wherever those places are.   I was surprised to hear that he had fished Friday morning before his presentation for a couple hours near Discovery Bay and landed two fish over 10 lbs.  He had slides of those fish in his presentation.  Its likely that on any given day in the Delta,  someone is having a great day.  The really successful fishermen and top guides  don’t talk about their luck.   Like fight club,  there first rule of Delta Striper Fishing is  “Don’t talk about Delta Striper Fishing”.   Personally, at this point at my skill level, I like catching lots of fish and once in awhile a big one happens. Or, maybe Im evolving into one of those “..paranoid to tell anyone where I’m fishing ” people. I certainly would not had as good a day if someone didn’t tell me about the area (thank you PK).

After the show,  We headed over to Sing Ma restaurant in Pleasanton.   Its hard to find a great Malaysian\Singaporean restaurant in the bay area and this place is great.   I highly recommend this restaurant if you like a good Curry Laksa.  It will be a new tradition after the show from here on. 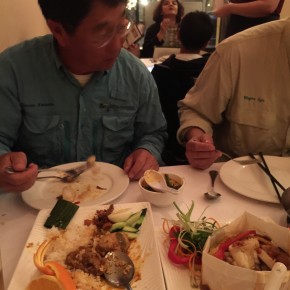 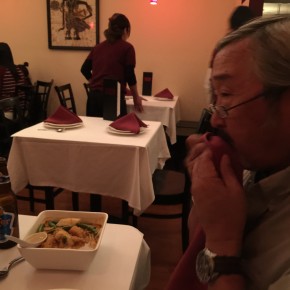 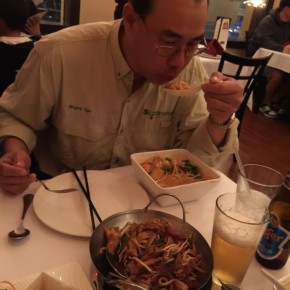 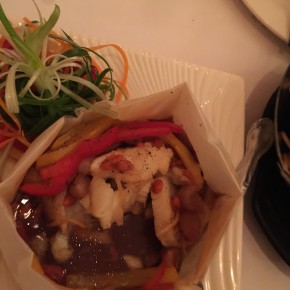 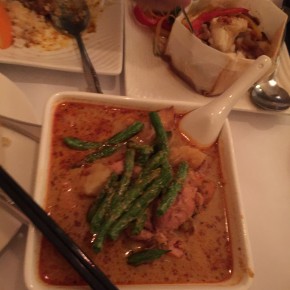 Saturday,  I decided to try out the Oneill Forebay again after last weeks slow day.  I only managed a few dinks fishing last Sunday and I didn’t think I would return for awhile.    On Monday of last week, a couple float tube fishermen had an epic day landing over 70 fish to 22 inches between the two of them.  Vaughn Willet who was out the same day only caught a few fish and was fishing pretty close to them.   I think its great that fishing can be so good in one spot and so bad in others since it fuels your motivation to look for fish on slow days.   Yesterday was a fantastic day, one of my best days.   I landed over 30 fish and caught 5 fish over 5 lbs.    The water temp was 59 degrees with about 3 feet of visibility.   The fish were in the flats in 14 to 8 feet of water.  It seemed to me that sparsely tied traditional  bucktail closers worked better than fully dressed artificial hair flashtai  closers but thats just my observation.

I launched the drone and got so much footage that I couldn’t fit it into just one short video so I made two with the clips that didn’t make the first cut. Ray Hutcherson of Sea Level Flyfishing gave me a great idea about placing a camera in my Sea Level Flyfishing Stripping Basket. It worked out well but next time Im putting a glass bowl over the camera so it doesn’t get snagged on the line shooting out of the basket. Im getting some practice picking the drone out of the sky and shutting it down while fishing solo.   I tried to wait for the lake to clear out before filming with the drone but as you can see in one of the clips,  a bass boat came cruising by out of nowhere,  I wonder what he thought of that drone over the area I was fishing?

3 thoughts on “What a Difference a Week Makes”