It had the potential to be as good as it was last week.   The weather reports were suggesting a near 90 degree high and there  were high clouds and light to no wind.   You couldn’t ask for more except a whole bunch of fish.   I was debating on fishing the lake,  and was anxiously awaiting a friend who was fishing the lake on Friday with a guide,  but the trip was canceled do to slow fishing reports.  Steph had fished the Forebay on Friday and had a banner day ,  so  Steph, Vaughn and I decided to meet up at the forebay on Saturday and see if between the three of us we might  corner some bait like we did last week and drop the clouser on them.    The broken window from last week has a nice replacement,  and I tied up a bunch of my special “small yellow closers” to fish with.

I launched at 7:30 and there was NO ONE flyfishing the hot spots.   I was surprised.  After three weeks of great reports,  no one was fishing, no kayaks, no float tubes, no trollers.  Only bass guys fishing the islands shallow.   The first hour of daybreak was a site to see,  fish on the surface everywhere.  I wanted to throw on top but I wanted the bigger fish that seem to be deeper.   The fish on top seemed smaller so I started off fishing a t-14 and had 8 fat fish in an hour.   I was waiting for a wave of fishermen to descend on me but no one showed up till Vaughn and Steph around 10am.   By 10 o’clock, fishing had slowed a bit and I had 20 landed.   The three of us headed for 15-20  feet of water in different directions and starts metering bait and fish all over the place.   Wherever there was bait,  there were fish and they were eating!   It seemed that the larger fish were deeper and preferred a slower strip.  The day was  spectacular with the three of us landing over 100 fish.  It was definitely my personal best on the forebay.   It seemed the fish were averaging bigger as well–lots of fish over 20 inches.   In the afternoon,  the three boats formed a triangle  200 feet apart and started looking for schools of bait.  when we found them, we kept them in the middle relaying what we saw on the fish finders.   It is a deadly way to find and  hold fish when you get a feel for where the school is moving.   We had triple hook ups all day and when it was all over,  there three of us had to admit that it was one of the best days of fishing ever on the forebay.

By one o’clock, I didn’t want to mention it to anyone, but my elbow was on fire from repetitive motion bursitis. On top of that, my shoulder was getting sore, and my thumb was getting ripped. The line burns on my hands were getting deep enough to sting and all I could do was moan when I hooked fish. My casting style start to degenerate and I started to contort my forward casts trying to double hall without moving my elbow. Luckily, I wasn’t the only gimp out there. Both Vaughn and Steph started to complain as well that body parts were failing. I actually lost control of a backcast when the mono slipped through my cut, weak fingers and hooked a fish trying to strip in 10 feet of running line to make a “forward” cast. It would have been funnier had it not hurt my elbow fierce setting on the back cast fish. At one point. It occurred to me that this may be the only way to fish if I get old and frail.

flew the new Inspire 1 Drone  off the deck of the boat for the first time in the late afternoon when most of the boats had left.    That was a scary experience.  I almost couldn’t hit the launch button,  I kept imagining the drone taking off and flying away because of the EMF interference from the Power Lines.   Once I got it up in the air,  it felt easier to fly than the Phantom.   The footage I took in 4K is amazing.  I can defiantly say that this is going to come in handy in the delta.  The monitor I am using is a full size IPAD with an A7 processor.  The Feed from the Inspire is full screen HD at 2 kilometers.  Definitely enough resolution to see bait or fish on top. The Inspire is a big drone at nearly 5 pounds and when you get that thing near you,  it can be a dangerous thing.  No more grabbing it out of the sky without heavy gloves for sure.   I think Im going to try to develop a method of doing it with heavy gloves since I trust hovering over landing any day.  It can be like my personal Falcon and land on my gloved hand.   I positioned my boat next to Vaughn and asked him permission to launch and he was cool.    I was hoping to film  him catching a fish,  but I happened to mention that he had only 10 minutes to catch one because I thought it might take me 10 minutes to land it for the first time and I openly had 20 minutes of battery.   As soon as it went up and I positioned it,   he hooked and landed a good 20 inch fish.  Vaughn is awesome.  The Vimeo 720 streaming conversion doesn’t do it justice.   If you really want to see the detail of the video,  download it and watch it off a hard drive.    I got a bit nervous getting the drone safe on the boat and shut the drone power down before stopping the video which resulted in a truncated 4k .MOV file.   To fix this without utilities,  simply place the mini SD card back into the drone, power on, and view the video through the IPAD app.   Somehow that fixes the file and all was good.   The file imported directly into Final Cut X and zooming in on  footage as you can see results in very little loss.  Great detail.   I put an ND filter on the drone but I think I’m in real need of a polarizing filter for it.

The stills from the 4K footage are remarkable.  I haven’t tried the raw\jpg combo stills yet. I can’t wait to try them at Henderson Springs. 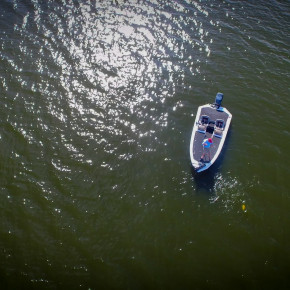 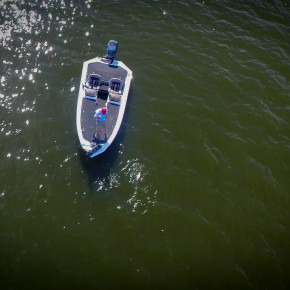 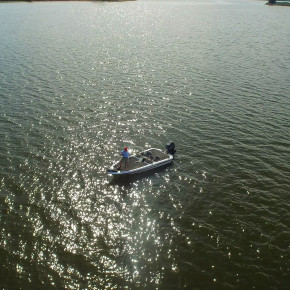 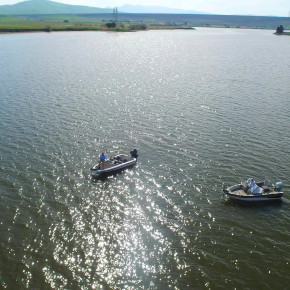 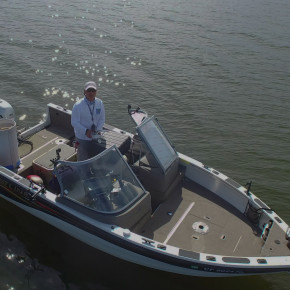 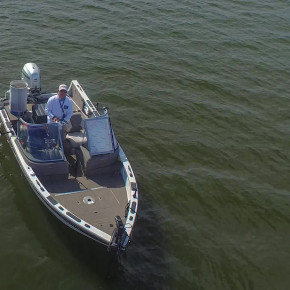 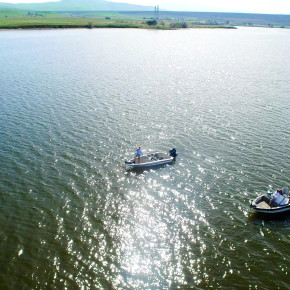 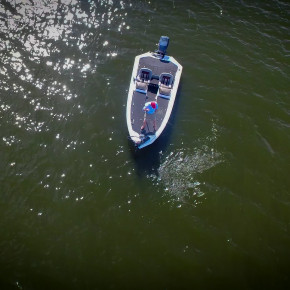 One thought on “Perfect Day”