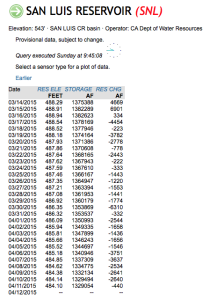 Weather patterns are changing and the windy season is back.  The lake is now in the emptying cycle. feeding  Southern California’s thirst for Northern California water.   The currents in the lake and the forebay are now going out.  Should be interesting how this season plays out with the severe drought.

Despite my elbow working at about 40 percent, I had to go fish San Luis Forebay today.  There is no way I can double haul with my lateral epicondylitis so I picked out a couple spey rods and loaded them with different lengths of T-14.   The spey rods worked much better in my driveway than they did fishing the lake.  I found the 10 to 11 foot length rods are awkward when stripping flies.  I like to point the rod directly at the fly when I strip and the long rods make it necessary to dip about a foot of the tip into the water. If you don’t drop the rod in the water, there is slack in the line which makes it harder to set faster. I caught some fish but Switch rods seeme to cut down on my feel for the fly.   I finally ended up just two hand casting the 9ft Helios.  I like the shorter lighter rod for stripers.  Next week Im going to modify a Reddington Predetor rod with an extended casting handle and see how that works. Double hand casting a modified 9 foot 8 wgt I think is the solution for double hand casting for stripers out of a boat. 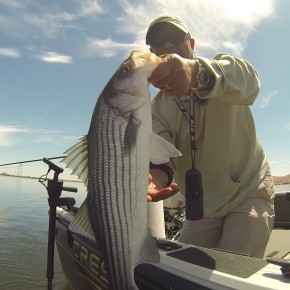 I managed to do pretty well without casting a single double haul this session but definitely not fast and furious-about a fish an hour till I hit the school in the channel.    The count was 15 for the day with 5 fish over 20 inches. I talked to other flyfishermen today who gave up early and went in with no keepers caught.    The fishing is slower than in March as the winds and water temps rise above 60 degrees.  It was tough to set on fish quickly without using the elbow and I missed more fish today.  I tried several times to set on fish on the strip and when I ran out of wood, I turned the rod by rotating my hips.   Every fish still took a little toll on my elbow since I land fish pulling the rod vertical with my wrist which hurts my elbow. If I want to do this for another 30 years, Im going to have to adapt my fishing to what I can physically do. Its a bit scary.

I had an equipment malfunction today.  For some reason the Navionics Platinum Lake Maps wouldn’t load when I started my Lowrance HD10.  The finder started rebooting itself.  I finally took the SD navigation chip out of the slot and the Lowrance started working again.  Luckily the waypoints are not stored on the Nav card and I was able to navigate to them without the Map Overlay.   Im glad I wasn’t navigating the Delta in the Dark when it failed.   Hopefully Navionics will be cool and replace it or maybe there is an upgraded more detailed one available. .  Still the Ulterra is on backorder!–two months backorder for only the Ipilot-link model.   I rely on the Fishfinder more than I thought and almost not having it would have been a huge disadvantage,  It took most of the day to find schools of fish and when I found them,  it was tough to figure out what direction they were moving so I could get a fly down 20 feet to them.  Sometimes the meter would be solid with fish and bait (maybe shad!)  and it would take three or four casts in different directions to get one.  The sidewinder help a little but you can’t point it behind you so its still a flip of the coin.    Im also thinking that the direction the fish move and location of fish changes with the direction of current in or out of the lake like the tides in the delta, even though the levels are being  maintained.

I really wanted to fish the main lake today.  A flyfisherman in  a tube has hooked three fish and landed two  over 20 lbs in the last two weeks in the Bay of Pigs,  When I got to the lake at 7:00 this morning,  it was white capping and really scary.   The forebay was also very windy early on,  but if all calmed down by 11:00.     The fish were averaging smaller this weekend,  and it wasn’t till I found a school of fish in deep water near Mederious,  that I was able to catch some nice fish.    Most of the big fish were caught on a Chartreuse over Blue Clouser as opposed to the yellow standard.  I switched when the high clouds rolled over to a darker fly which seemed to work better (or not).  Small flies again.   The fish are definitely spawning evident by the fish I cleaned at the end of the day, 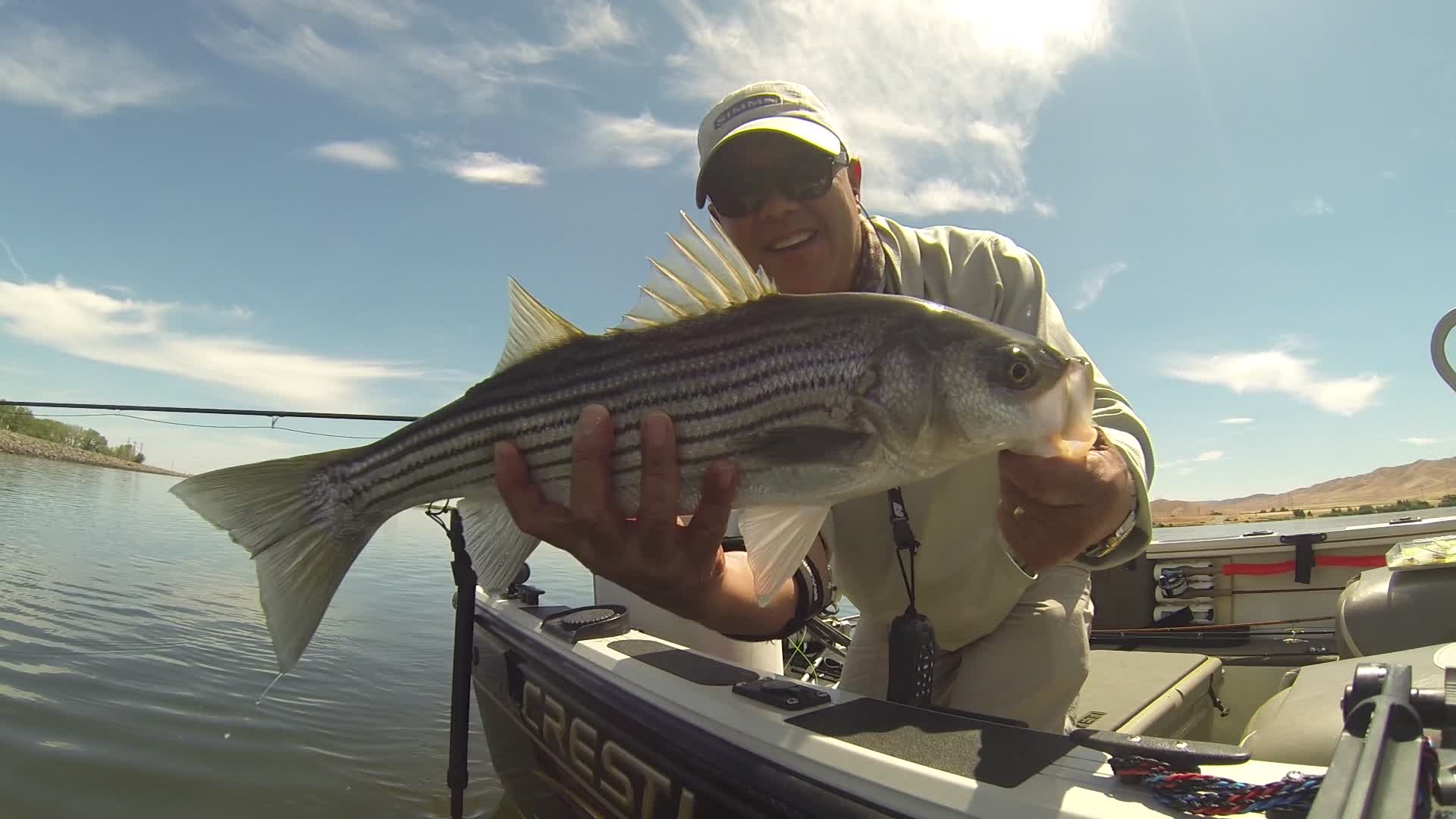