Fishing must be good this year if by May,  I can hardly cast and set on a trout or striper without pain. The winds been blowing hard at San Luis the last few weeks and I haven’t been able to get out on the weekends.  Last weekend,  I recall 39mph winds at 7:00 in the morning on the Lake.    The good news is that I have had a couple weeks to catch up on maintaining my gear, tying some flies and the general to do list stuff.  On the gear side,  I acquired a new Echo Glass Spey rod (a 4wgt),  I picked up some new fly reels as well ( a Loop Classic 5/6 and an EVOX Spey reel form Leland Flyfishing)  and I modified some rods for double hand casting which I think will give my shoulder and elbow a rest if I can learn to use them efficiently for stripers and trout.  Also picked up some pre looped t-14 in 27 foot lengths from Ray Hutcherson.  It sure beats doing the loops myself and its cheap.

I have a Scott 11 foot 6 wgt switch rod that I have used for steelhead on the Trinity and Rouge. Ive taken it out on the Lake a couple times and thrown  t-14 with it.  It will easily overhead cast a t-14 100 feet with minimal effort but its very weird stripping flies with it.   Its a swing rod after all and it was not really designed for stripping flies.  I like stripping flies with the rod pointing at the fly with no angle on the line.  With an 11 foot rod and t-14,  you end up putting the rod in the water most of the strip and I think it detracts from the feel of the strip.   The true 6wgt Spey is great for casting  big Pole Dancers with a Skagit Floating line.   I compared the 6wgt Spey to casting a one handed 10 wgt Helios 2 with an 11 wgt tarpon floating line (like Charlie Bisharat recommends)  and it was easier to cast by far. In addition, stripping a large waking fly does not require you to sink your rod tip in the water.   The  6 wgt Spey is loaded and ready for topwater in the boat .

This time of year,  you can find eating Pacific Shad in the lake and forebay swimming in schools along the bank.   I put a 7wgt in the boat with a brace of shad flies on just in case I see them.   It would be nice catching some shad this year since I don’t have any weekends scheduled for the rivers this season.

The main project this past weekend was to add long fighting butts to a 9 foot and 10 foot rod to aid in casting two handed and also keep the rod lengths down for stripping.  I choose a Loomis GLX  9 foot 8wgt and a Sage One 10ft 8wgts to modify.  After searching on the web for parts,  My plan was to cut the small fighting buts off with an hacksaw and glue a blank section into the reel seat, turn cork rings on the casting extension and call it a day.  After some searching, I found a extended fighting but kit from Anglers Roost that looked even better.  The Anglers Roost 6 inch Extension Butt and Bushing  comes with an aluminum bushing that glues into the end of the reel seat,  and a premade 6 inch fighting butt that screws into the base of the rod.  The aluminum reel seat bushing fits the Loomis reel seat snug, but was slightly larger than the Sage reel seat so I machined it to a smaller diameter and glued both in.   During my first casting sessions with the stock rig,  BOTH butt extensions broke in exactly the same place–at the junction of the aluminum and fiberglass blank which, by design only overlapped half an inch.  I modified the broken butt sections by cutting them down to 4 inches and machining the screw  insert to fit a full two inches into the blank.   This results in a 4 inch fighting butt instead of a 6 inch one but so far its bullet proof and can handle the most torque and leverage I can put on a forward cast. 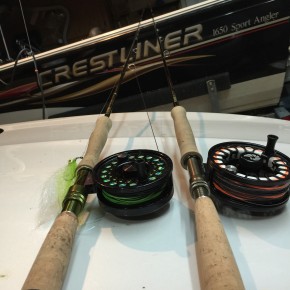 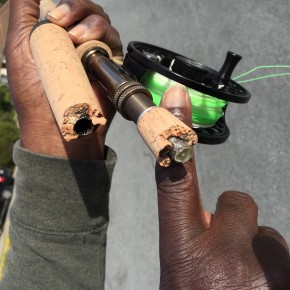 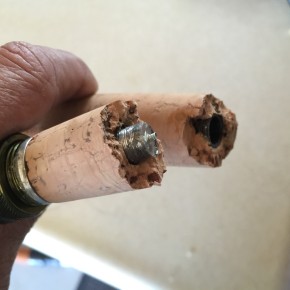 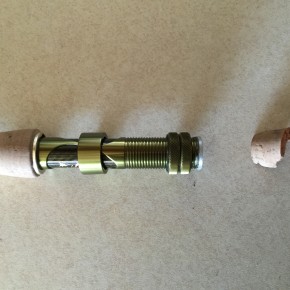 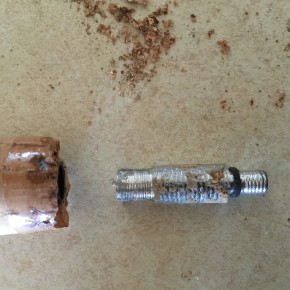 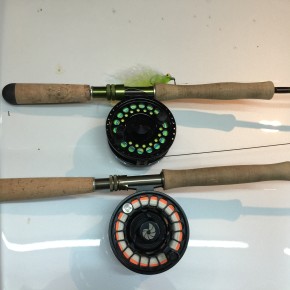 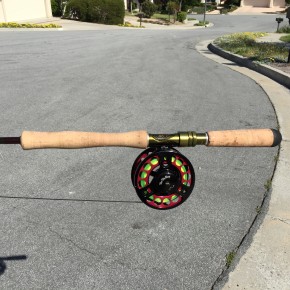 I emailed Anglers Roost about the design flaw. Suggesting that they overlap the  fighting butt blank further onto the aluminum screw section and got a rude letter from the owner saying that if I wanted a switch rod,  I should build one and that he had sold hundred of fighting butts.  Apparently I’m not the only one who thinks this company is ignorant about customer service and loyalty.   I will not buy  stuff from them in the future and  will go with plan B which is to turn my own cork on a blank glued into the reel seat if I ever do this again.

I cant wait to get out and cast these extended butt section rods on the lake.   Im hoping tomorrow if the winds lay down.  Im also thinking about adding a WInston Microspey to my collection  I like the three weight.

Cabellas informed me that the Ulterra trolling motor will arrive tomorrow, so If Im not on the lake,  I can install that on the boat for next week.  I picked up this tiny remote for the Ipiot link that looks like it will do the basic stuff and  not be so heavy around the neck.  More ergonomics! Back again is the jack rabbit button-I like.  A future project will be to build this into a Joystick that will do these operations from a small box on the the belt with a tiny joystick and a few buttons. 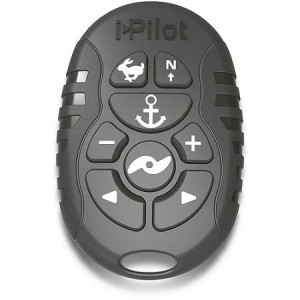