So is there truth to the idea that a full moon is bad for fishing? Some great fishermen believe that the days around the full moon are sometimes good, but most believe the days of a full moon mean that the fish feed all night and don’t bite during the day.  Personally, I think that the full moon just shifts the times that fish feed.  Steph did great yesterday in the late afternoon, but this morning, those same spots were slow.  Tonight is the Blood moon and there may be some tough fishing ahead in the morning.

In recent years, the term Blood Moon has been frequently used to refer to total lunar eclipses. Some sources suggest that the term stems from the Bible. some Christians claim that the eclipses of the 2014-2015 lunar tetrad fulfill a Biblical prophecy of forthcoming difficult and trying times.

Astronomers do not use Blood Moon as a scientific term. However, it is possible that the term came to describe total lunar eclipses because of the reddish color the eclipsed Moon takes on during totality.

My Cousin Wayne with the twins pounded the west delta on Friday with average luck. They found the big fish, but they weren’t eating. Blame it on the moon? Maybe, but the Solonar tables give high ratings to this week. . I planned on fishing on Saturday because Steph could only fish on Saturday despite the bad wind forcasts. Yesterday morning I woke up at 5:30 to 28 mph winds on the forebay and decided to do chores and go on Sunday when the forcast was better. The wind died around 11:00 and Steph ended up fishing from 1-5pm. He found some decent fish eager to eat with a couple float tubers also having good luck. Steph said between the three of them, they had caught around 50 fish with a third of them over 18 inches and a couple 4-5 lbrs.

I got on the Lake ten minutes after sunrise.  The topwater comes alive before sunup.  Mostly little fish but they are everywhere.   I think the bigger fish are deeper and I seem to have better luck casting sinking flies to rising fish in terms of larger fish.  The wind conditions were great and there were tons of boats on the water.  Lots of flyfishermen were out fishing the 152 channel and the islands.  I decided to check out the middle where Steph had success friday and I did find schools of pretty big fish.   I caught some out of the schools early but they disapated around 10am  and they were hard to find during the hot sun.  I managed a few fish out of every school I would find but had very little luck on the weed lines and rock walls, at least not as good as it has been in the past.   I did land a lot of fish but nothing bigger with only two keepers for the day.  I would say today was a pretty average day if not below average due to the size of the fish.   The autopsy of one of my keepers revealed a small Wakasagi Shad (delta shad) about three inches long. 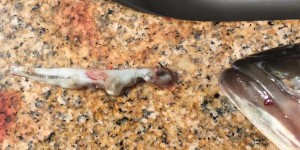 Tonight is the Blood Moon which is where the moon turns red as the earth eclipses the sun on the face of the moon.  Also it is a rare eclipse of a supermoon where the moon is closest to the earth and the largest it will be.  The next blood moon is in 2033 so my photography buddies and I have been practicing taking pics of the moon this week in anticipation of the event.   I figured the best place to take pics of the event would be at the Paul Mason mountain winery, so Gina and I picked up some tickets to see Kristen Chenoweth and I packed up my tripod, my GH4 and a 300mm lens and headed for the hills Sunday Night   The eclipse event was suppose to peak at 7:45 Pacific Time and there were clouds and haze everywhere.   I saw people lined up on the road to watch but there was no moon to be seen.  Gina and I went into the concert at 7:45 and around 9:30,  I looked over my shoulder and there it was popping over the clouds and horizon.   Unfortunately my camera equipment was in the car in the highest parking lot,  and the concert didn’t end till 10.  I managed some great shots of the super moon after the concert  ,  but missed the eclipse.   Dr Barry Kliger got some nice shots however. 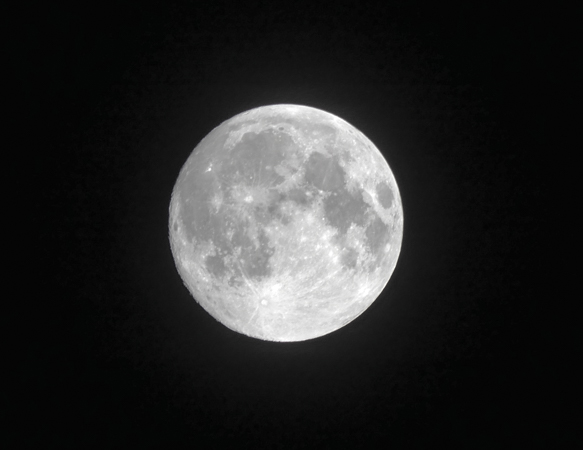