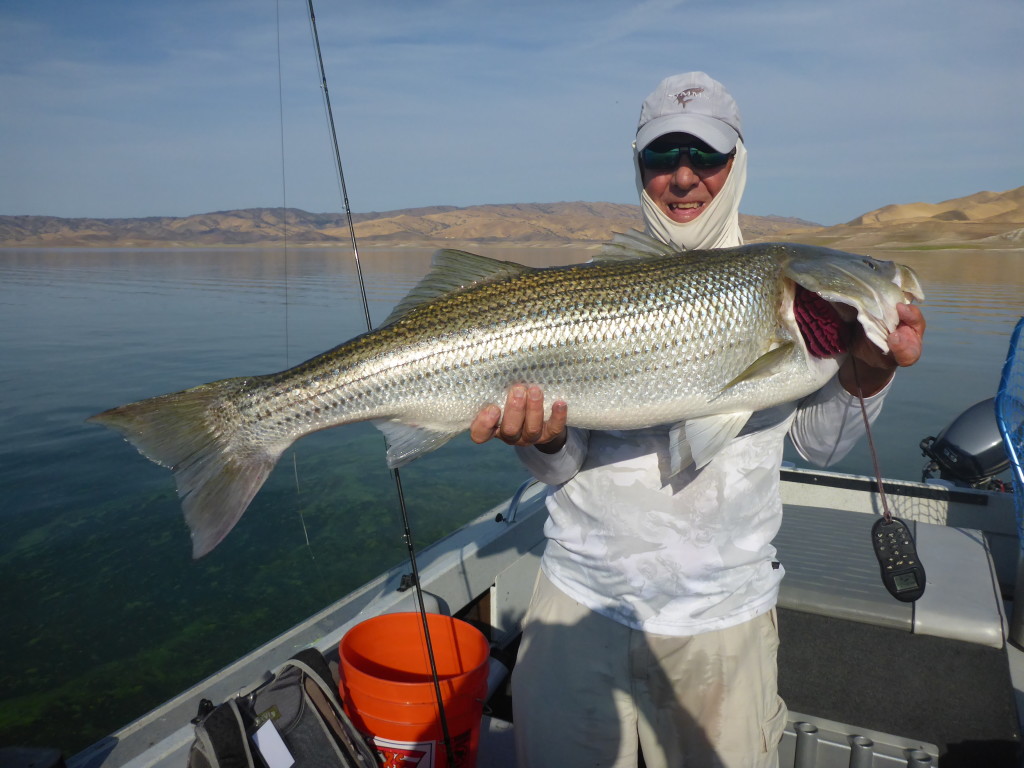 I was dreaming of that 40 lbr that Captain Santucci caught on San Luis Reservoir a couple weeks ago.  His words resonate in my dreams “now is the time to fish San Luis before it fills” if you want a giant fish.   Armed with HUGE flies, a T-18 shooting head on a 9 wgt,  I set out to fish the Romero area for a huge fish and only a huge fish. Nothing else mattered,  no ten pounders, no dinks, no keepers, only trophy.    Because its all about that Bass, no minnow.    Steph V. and I booked a guided trip on the Big lake for later this month with Captain Santucci,  but we had to go out to see if we could do it ourselves.  The conditions were near ideal,  with relatively low winds and low pressure with rain coming in.   We both got out there in our boats around 7:30 and started pounding 20 feet of water around the trash racks and islands.  I picked up a couple keepers casting  into  the trash racks and fished the islands for 6 hours with no monsters showing, not even a bump on the 7/0,  8 inch,   American Shad imitation I was heaving with t-18.    Steph however, hooked what he describes as the biggest fish of his life right near the trash racks on an 8 inch long white clouser tied on a 1/0 hook.   After a tug of war,  the fish came unbuttoned and Steph was left with something to think about every night.  At least one of us hooked a monster.   It’s funny how a 20 inch striper doesn’t mean anything when the mission is to catch a +20lb fish.  Definitely yesterday was a tough day for me,  My arm is tired casting all that weight for 6 hours with basically nothing to show.   Thats the big lake for you though.  Gotta pay your dues….  One of these days I’m due.  Help me Obi Wan Santucci your my last hope….. 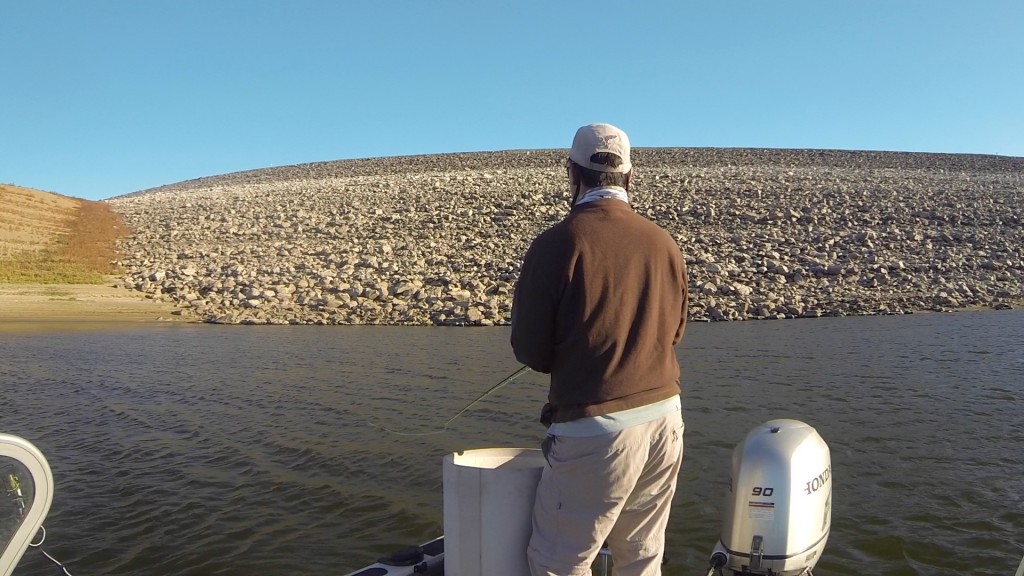 I was planning on moving the boat to the Delta this month but their was a recent rash of boat thefts going on at Sugarbarge marina and I decided to let that play out before moving the boat there. I still plan to fish the delta hard this fall. I had never fished the waters past Big Break. We fished around Roe Island and there was tons of fantastic water there to fish. I think its much clearer too being closer to the ocean. There is so much great water in the Delta to fish.

After spending the day with Steve having a great day on the delta, I think Im going to “go project” on trying to catch that elusive San Luis monster fish this month and keep the boat at home. According to Steve, he has had a phenomenal year for big fish on San Luis.  He actually told me that he would rather fish San Luis than the delta today and we were doing good!  I guess the grass is always greener somewhere to someone.   One day last month he caught 4 fish over 20 lbs in one day and more were caught on conventional equipment that same day. Two weeks ago, on a day that I scrounged up a half dozen 5 lbrs, he caught a 40 lbr on a giant fly he now uses that imitates an 8 inch American Shad. Im definitely doing it wrong and I need learn more about those big fishes. According to Steve, he believes there are many fish in the lake over 50 lbs. He has hooked them. I think its time to switch to 30 lb leader and really work the possibility of catching those giants. “The opportunity to catch really big stripers is as good today as it was in the 80’s” according to Steve.

Maybe my luck has something to do with how well my football teams are doing–which is pretty bad except for Northwestern now 6 and 2.  Next week Cal and Oregon play and I think that Cal can beat Oregon this year if Heisman Goff can hit his receivers against the Ducks  dismal secondary.  Cal’s losses to Utah and USC were really close and hinged on only a few key plays.   I think that next year, Cal could be a real contender for national championship if they improve like they have from last year.   They seem  to have all the right players.  Oregon is done for a couple years till they get another great quarterback and some defensive linemen.  A great runningback like Tyner and Freeman can’t carry a team like one great quarterback (Marriotta).   I guess they still have a snowball’s chance of winning the Pac 12  if Washington looses once more and they can beat Stanford and USC.  I doubt it though with the defense being as bad as it is.  If my teams make it to bowl games,  ill be happier especially with  no Giants in world series and 49rs looking terrible.  At least the Warriors are rolling and even the Raiders looks pretty good.  Is it the water in Oakland? 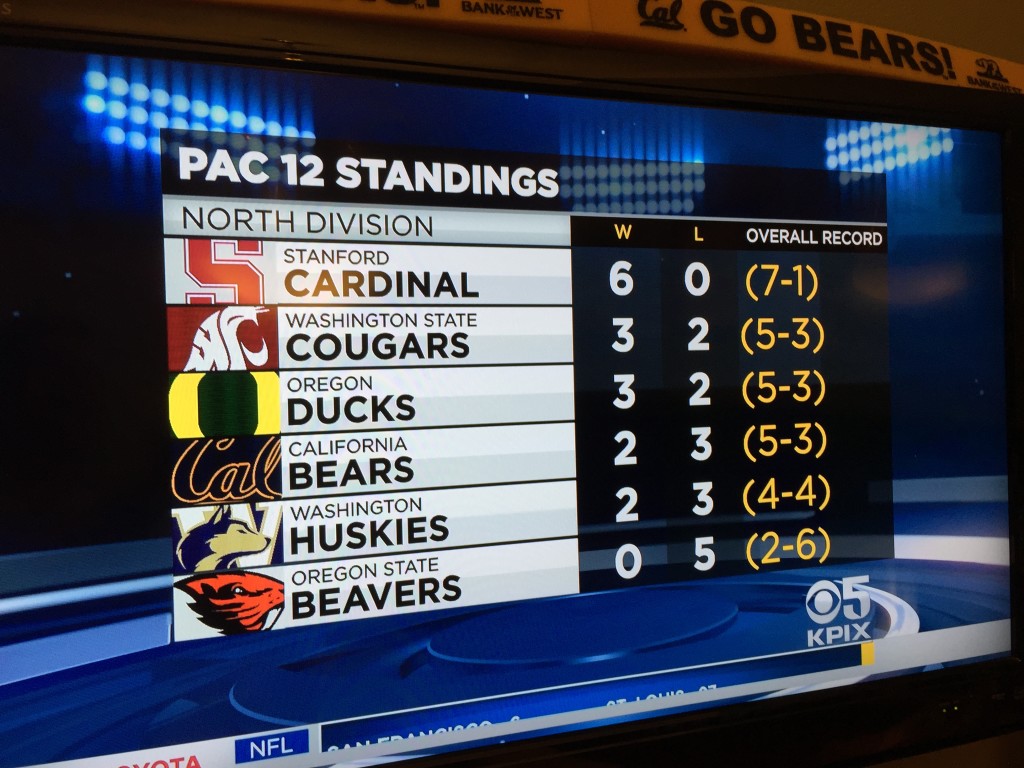 One thought on “It’s all about the bass, no minnow…”