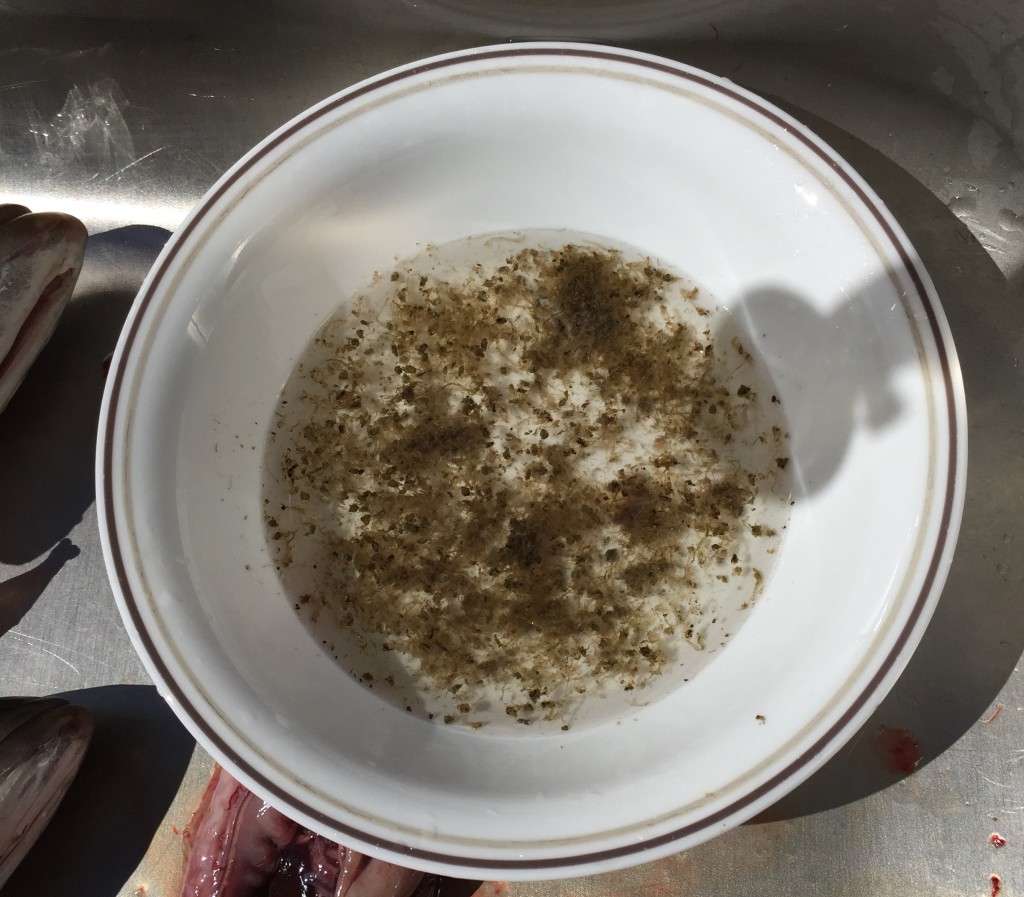 My friend Ken Oda fished San Luis last week on Saturday the day before my last report.   He observed some interesting striper behavior in the Bay of Pigs.   Getting on the water at 7:30 am  he saw birds working midges but later that morning around 11:00am,  shad and stripers started midging in the shallows.  Fish were busting , some big, and he caught around 10 over 18 inch fish , a couple dinks and 5 American Shad that puked up a bunch of midge larva.   Smaller flies seemed to be the ticket on the flats for the boiling fish,   Larger clousers were ignored.  I wish I had tried the BOP on Sunday Morning,   It was dead at Romero.

I’ve been doing it wrong all these months. Its easy to make those Twisted leaders for stripers that have been made popular by John Quigly.  Ive been making them for some time now but instead of twisting them, I’ve been furling them with a batery operated dremel tool with a hook. Hand twisting them is much faster I think. Thanks to Jim Cramer for the heads up.

Here is how you make a FURLED leader