Today was a memorable day at San Luis reservoir for me. After years of pounding  the lake with flies,  I finally beat the 20 lb mark with a big striper from the Bay of Pigs.    The day started off pretty slow as it had last week. I decided to only cast 7 inch flies.  The giant flies of last week look great but they are hard to cast in the wind so I decided to tie them must sparser.  Im convinced that the really big stripers are eating small american shad that are more abundant that shrimp, threadfin shad or Wagasaki Smelts.  This morning,  Ken Oda fishing the bay of pigs in shallow waters, hooked and landed over half a dozen American Shad on a shad fly hanging 10 feet under an Indicator!  I caught a few shad as well on a small striper fly and I have never done that in November. 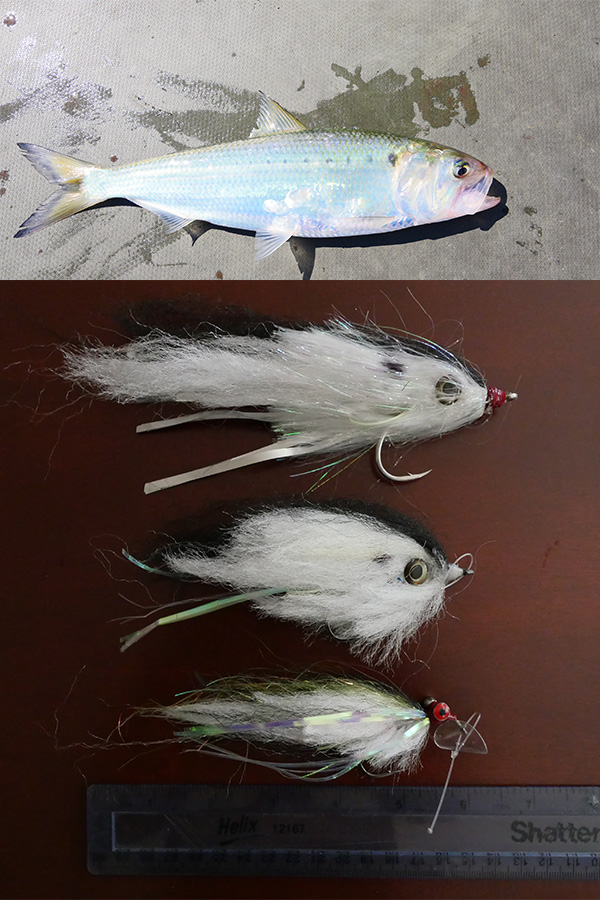 Last week I didn’t do very well looking for those big Stripers that Steve Santucci said were abundant with the low water conditions at San Luis.  Steph with his buddy Rich  managed a couple last Saturday and Steph lost a big one in the Bay of Pigs.   I decided to start my day in The Bay of Pigs and arrived around 7:30. Ken Oda was in his tube fishing the shallows again with smaller flies and I watched him carefully while I fished the 20 feet of water off the dam with big flies. I didn’t meter many schools of fish but once in awhile I would see a group of large fish hanging where the drop-offs were from 20 feet to the deep. The solar table showed a three star day with a peak at 9:00 am.    Around 8:30 Rich and his wife Susie came up beside me in their beautiful boat and we started joking that I was in the exact spot that Steph had hooked the “rock” last week.   After a couple cast,  I hooked into a beast and I landed my first over 20 lb striper in San Luis. I was fishing 20 feet of water to 10 feet.  The fish was a ways off the bank (20 feet)  but could have been following for awhile.  The first run took me out 100 feet right on the surface.  I nearly tangled my line on my trolling motor controller hanging around my neck.    I think ill wear it on my belt from now on. The 50lb mono running line fed out perfectly.  The big fish tired after 2 runs and as it got closer to the boat,  I tried to slide it close to the boat by lifting it with the rod. There is a huge difference in moving a ten lb fish vs a 20 lb fish that way!  The only way to land that fish was by grabbing the leader and lipping it.  Thats where a twisted leader and 25 lb test is worth it.  I don’t think the big fish are leader shy and Steve Santucci is using  30lb test these days.   After about a 15 minute battle,  I landed the fish which was over 40 inches long, took some 4k photos, boga weighed it, and resuscitated the fish by moving it through the water with the trolling engine till it got strong. Susie in the boat next to me asked me why I released the fish.  I told her that the bigger fish concentrate toxins more, than smaller fish and that its good to preserve the genetic strengh found in these big fish by allowing them to spawn .  I think she got it although she was surprised to see it released.   I suppose it could be caught and eaten in the near future by a troller,  but even the trollers are getting smart about releasing stripers even going so far as to use a Seaqualizer tool.    Next week ,  Steph and I are fishing the main lake with Steve Santucci.  It should be interesting to see how he fished the lake .  He’s the guru and has caught and released  many many +20s from San Luis-including a 40 lbr last month.

The rest  of the day was uneventful.  The weather was beautiful and I managed one fish about 4 lbs for dinner.  As I was leaving the lake at 1:30, Kenny messaged me and said that he had just caught a bunch of stripers in the last half hour.   He thought it might be a bug related bite and sent me a pic of an earwig.  Earwig Striper Hatch?  Another thing to add to the list of striper’s diet.   When he got home ,  he found his striper full of midge larva, smelt and thread fin shad.  It amazes me that a place on the lake can consistently produce big fish in the exact same spot!  My previous biggest fish was caught less than 20 feet from that spot relative to the shoreline when the lake was at 60 percent vs 15 percent. The line has been raised to 30 lbs now.  Hope I live long enough. 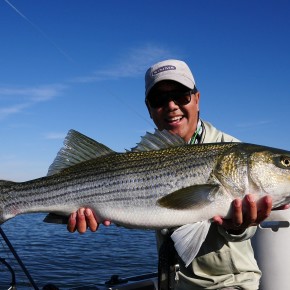 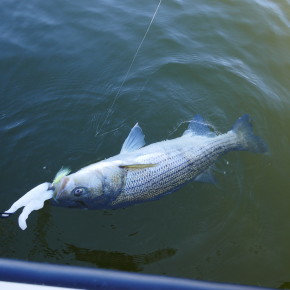 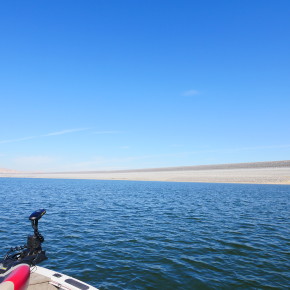 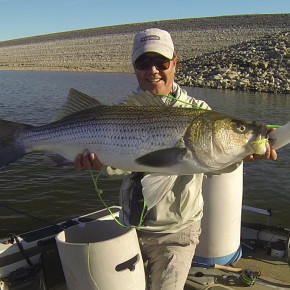 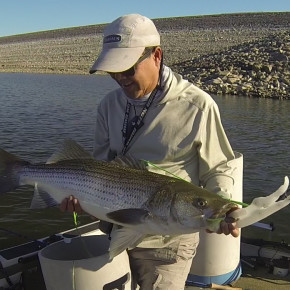 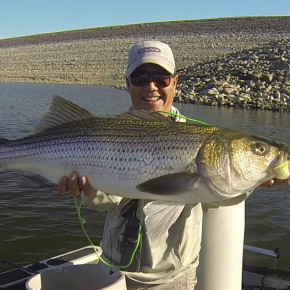 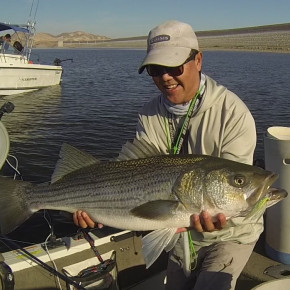 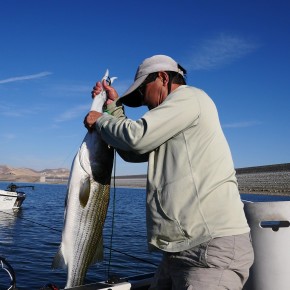 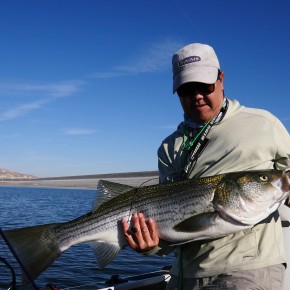 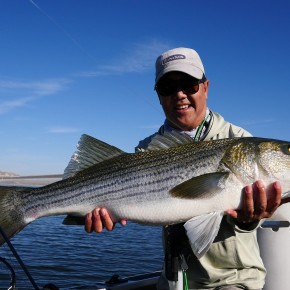 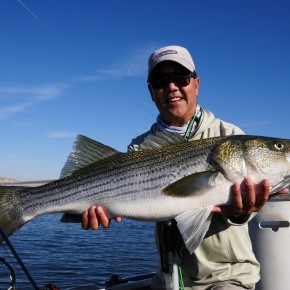 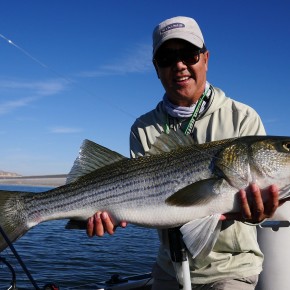 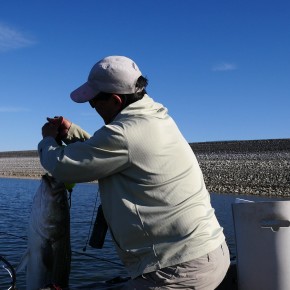 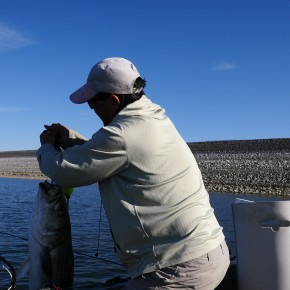 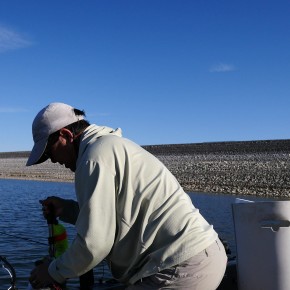