I get a little bit nervous when too many things go my way.  I got pretty lucky today at the lake and landed a second fish over 2o lbs in two weeks. The  euphoria over last weeks fish had me on the fly tying bench last week tying up all sorts of giant flies flies. 7/0 american shad flies and flies with eighth ounce dumbell  eyes.  I even put together a 10 wgt with t-18 and test casts some of them.   My conclusion after using those flies for most of the day is that they are just too big to make a 1000 cast with.  Perhaps as Wayne put it,  for a particular site fishing opportunity and too hard to cast all day in the Amazon  To cast half a rooster all day  ,  Ken Oda sais use a double handed rod if you want to save your rotator cuff.  The new favorite flavor is an 8 inch Sparse tied Clouser tied on a 1/0 jig hook  with lots of long flash.   You don’t get as much smaller fish in my opinion with an 8 inch clouser,  but I still think you can get and land big fish in SL with a small fly like Lee Haskins did last year on his smelt pattern.  I think the visibility of a large fly might give you an edge in attracting a fish to the fly in the murky water from a longer distance,  and the long flash jigs better on the pause. Yesterdays weather was stellar and the Solonar tables were even better than last week.  Plus you have to be optimistic when a low pressure system is moving in bringing rain.  The lake was very crowded on Saturday Morning with the only functional boat ramp on the lake being a small patch of road and mud at Dinosaur Point.  The lake looked lower than last week as well and I would guess that it was 5 feet lower.  There must have been a good fishing report in the Fresno Bee because there was a line to get in the water and there were many boaters that had a hard time with the steep ramp.  I headed straight out towards the Trash Racks on idle and ran aground on a shallow shoal  about 200 yards out-best to stay to the right and aim for Basalt till you get out of the bay.  I arrived at the Trash racks and had to take a number to get into a good spot.  There were mainly trollers and bait fishermen and no flyfishermen.  I saw a big crowd over at the Bay of Pigs with my Fujinon Binoculars and they all looked like flyguys in floatubes and kayaks.  It looked like Normandy on D-Day.     After casting to the rock wall from the trash racks to Romero picking up two,  I headed over to the Bay of Pigs to catch the peak of the solonar in the same area that I hooked last weeks fish.  There were three guys  fishing the spot so I weaved my way between the armada to fish the shallows at the corner of the Dam where decent stripers were midging and chasing bait in 10 inches of water last week.   Once in awhile, I saw fish busting the top in the middle of the Bay but I couldn’t get to them quick enough.    Ken Oda reached a pod of busting fish in his float tube and got a couple out of it.   I caught a half dozen fish right off the shoreline using 4 inch flies.  They were hitting Wakasagi Smelt that were actually jumping on to the bank at times,  The birds would wait for them on the shoreline to come around and then step into the water when the baitfish were pushed up toward the bank.   Fish autopsy showed the smelt to be around 4 inches long.   At around 10,  fishermen abandoned the rock pile and I started working it over.  It wasn’t  till I made 4 passes  fishing the fly from the  shore edge to boat,  that I hooked another giant striper.  I fought it for 15 minutes,  It made 2 great heartstopping runs into the backing . I landed it with a fish grip and kept it in the water as much as possible.  Fish grips are light , they float and I think they make a great fish leashwith minimum stress on the lip and swimming ability as they recover.  This time I boga weighed it and measured it.   It was 41 inches and boga’d 25 pounds,  I subtracted a lb for  the weight of the fish clip.   l think there is something wrong with the Boga because it’s a bit off of the length weight charts for stripers but it really doesn’t matter to me if its within 5 lbs of accurate because today I cant tell the difference between the way a 22 lb striper and a 24 pound striper fights. The goal now is to see if a 30 lb striper fights harder than a 20 lbr.  Finally,  thanks to Steve Santucci, my “fishing shrink/guru” for changing my approach and attitude on the big lake.   I cant wait to fish with him this Friday, 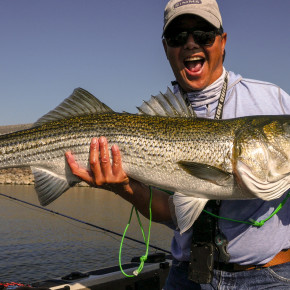 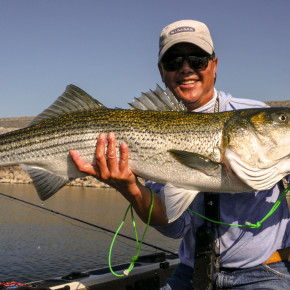 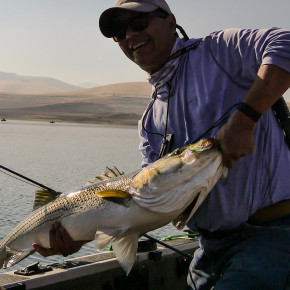 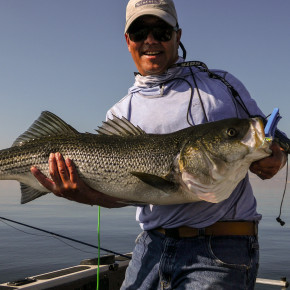 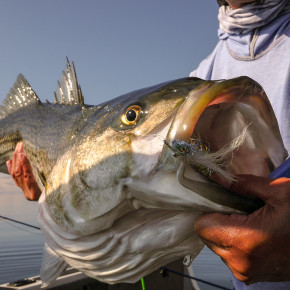 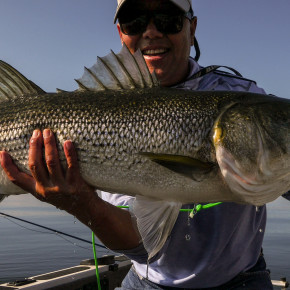 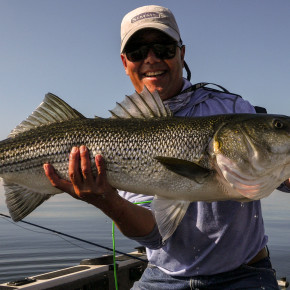 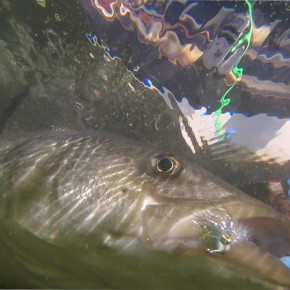 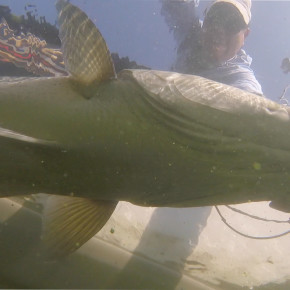 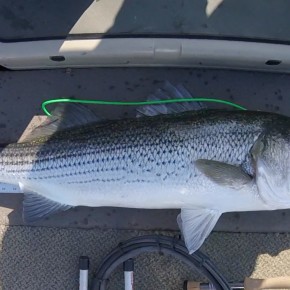 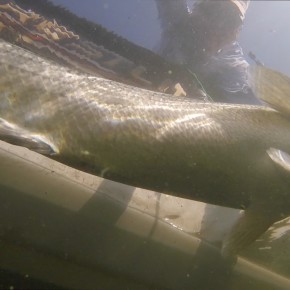 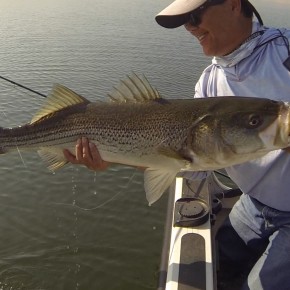 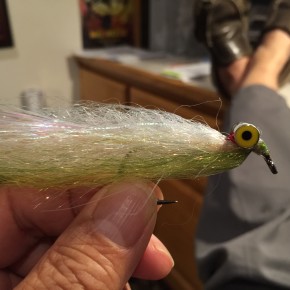 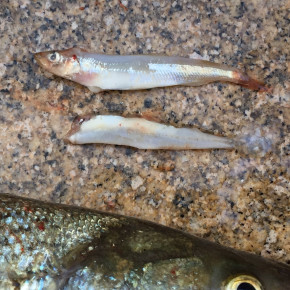 One thought on “REPEAT”