Friday November 21, 2015 –  I took a day off of work to fish the Lake this morning.  It was incredibly beautiful today with nearly perfect weather conditions.  How lucky I am to live near this fabulous fishing opportunity that is only an hour from where I live.

Two days ago, Steph and I were about to cancel our day with renown San Luis Reservoir Flyfishing guide because the wind forecasts indicated that it would be blowing 15 mph  by noon with 23 mph gusts.  Steve Santucci urged us to wait untill the 11th hour before deciding and fortunately we took the chance  and met up at the number 2  Dinosaur Point boat ramp at 7:15am to a glassy calm lake.  Water temps are in the low 60s and the lake is filling.    The Wind Line phone number was broken and we really lucked out with the weather.  It was nearly flat all day long.     The lake was pretty busy for a Friday but most of the boats left before noon.   We had pretty good action in the morning picking up some nice 20 inch stripers and missing a couple more, but it wasn’t till the peak of the minor solonar cycle that Steph lost a big one right at the boat that snapped 25 lb fluoro and shot the fly line at him leaving him holding the end of his fly line with the remnants of a perfection loop.

Half an hour later, I snagged up on a rock in 20 feet of water letting my fly sink on the cast. I pulled the fly off the rock and after two strips the rod went down and I was hooked onto another huge striper.  The fish sounded in 60 feet of water and took off across the lake.  Steve netted the fish and we boga’d the fish at 21 lbs.   I have to admit, that initially and all the way to the net,  I thought the fish was bigger than the last two.   But,  it turned out to be the smallest of the three.   I checked the Boga with a digital scale and it confirmed the fish was 21 lbs.    The big stripers in San Luis come in a variety of configurations-long and lean, short and fat, and everything in between.  The big ones are strong and fight like hell but I for one cant tell how big a 20+ striper is till I weigh it.

This could be the best season for Stripers on the Fly that I have ever experienced   Lately Ive been seeing more net than Steph Curry in the 4th quarter of a Clippers game.  Steve is optimistic about the future health of the fishery and is excited about the lake filling this winter,   Talking to Steve,  I dare to believe that 20 lb stripers could possibly be a common catch,  fishing the lake at any time this coming  year.

Steve Santucci is  a guide’s guide.  His sense of humor and enthusiasm makes him one of the best guides I have ever fished with.    He is also an innovative fly tyer and has a really great understanding of stripers in the Delta and the lake. One last note about today, The weather and solonar tables showed a bad day-a one star day with 15 mph winds,  We actually hooked two big fish today despite the prediction and they were hooked within the hour of the solonar peak.  No matter how bad it looks, the Big Lake may give up its monsters.  Steve put is succinctly ,”..the lake is about not giving up, eventually you will catch a big one….” 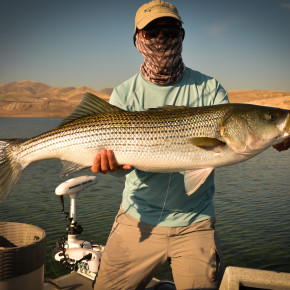 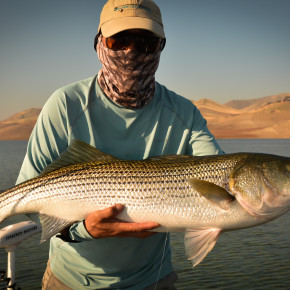 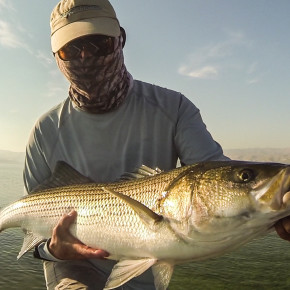 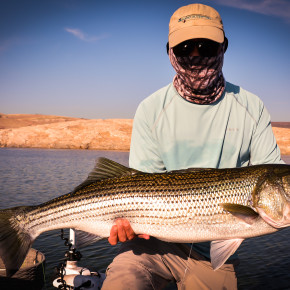 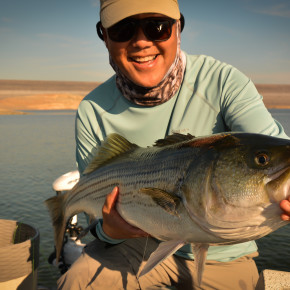 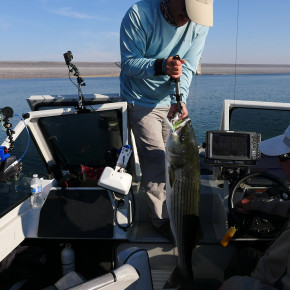 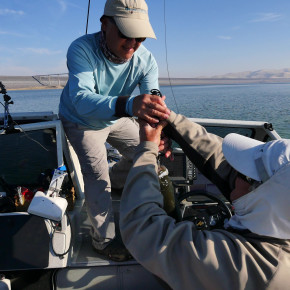 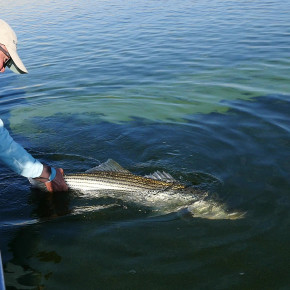 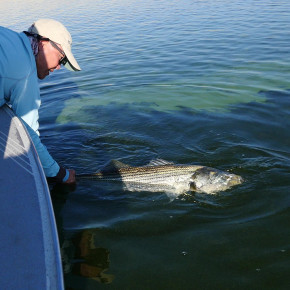 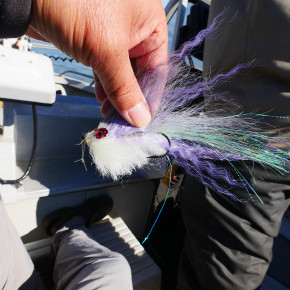 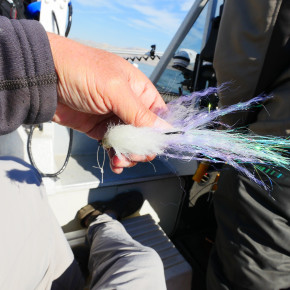 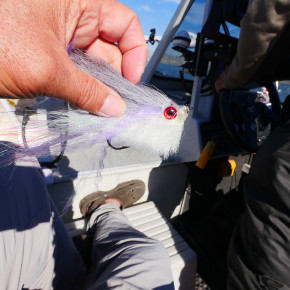 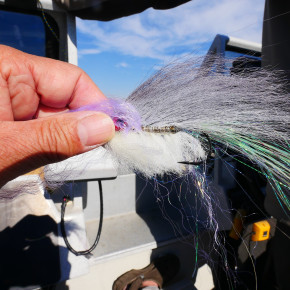 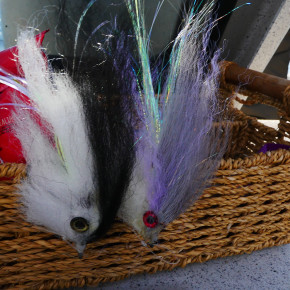 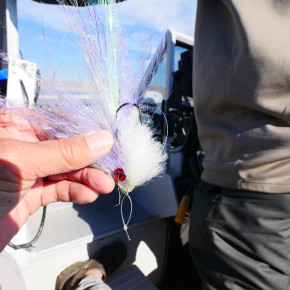 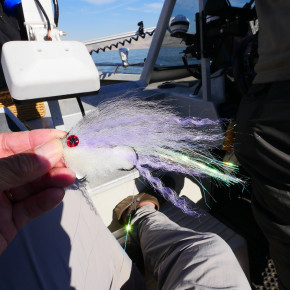 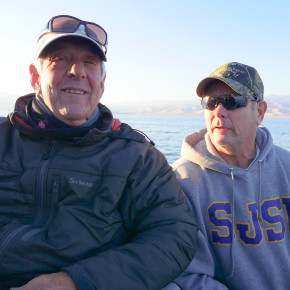 One thought on “Trifecta with Santucci”