I could hardly wait to get back fishing on the trash racks at San Luis Reservoir  after last weeks banzai.  When Steph and I met at Basalt Station, the gal in the booth (Roxanne)  said she was about to turn on the red light  I told her like Sting,  “Roxanne You don’t have to put on the red light.”.  The wind was blowing 12 mph according to the wind lady (Yes she is alive and well again).  The yellow lights were on around the lake.   I took out my Fujinon Stabilizing Binoculars and scanned the Trash Racks.  It was white capping in the middle of the lake between us and the holy land, The weather reports all week were predicting escalating wind throughout the day up to 18 mph and I had hoped I could get at least a couple hours in before it started to blow.   Sunday and Monday look much worse and I thought this is my only chance this weekend.   Although the moon is full,  it sets early in the evening and the Solonar tables predicted a 4 star day with 7:30 am and 2:20 PM peaks.   Steph and I decided to go out together in case things got bad we could help each other out, and we proceeded to the trash racks at 10mph through the whitecaps.   As soon as we got to the racks,  We started hooking fish,  from 7:30 to 10am it was non stop and then nothing as the big blow disintegrated into high clouds and a light breeze.   I think the fish like the chop but I could also have been the solonar cylce,  I fished the Cottonwood Rock (156) wall with no hits,  but I did chase a school of shad there and managed to scale one on my striper fly.  Looks like the shad were pretty small in that school. 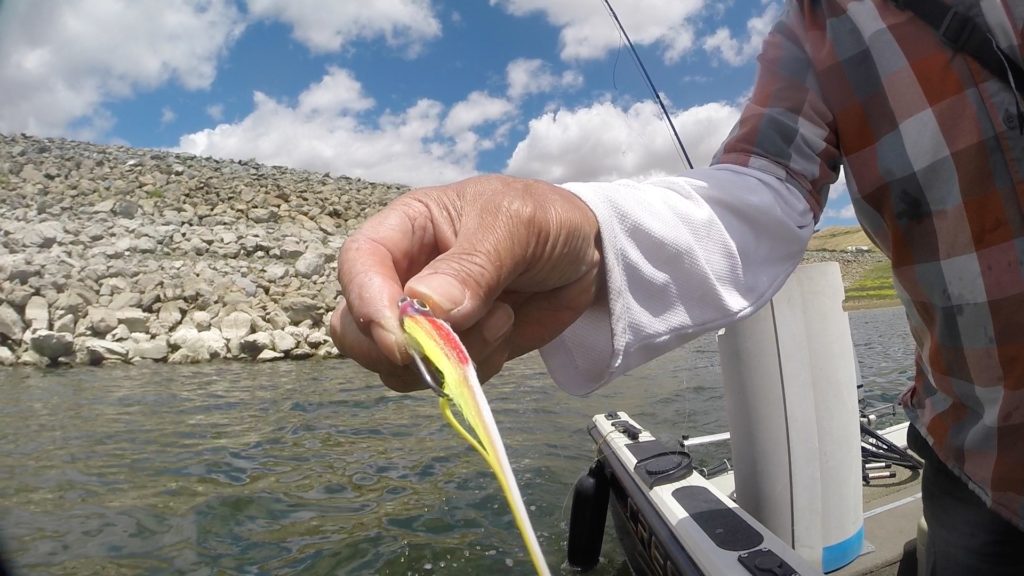 All in all it was a pretty great day with over 25 fish to the boat and lots of hits and hookups.   Ed Given and Jim Cramer showed up at the trash racks in the afternoon in Ed’s Whaler.   Jim told us that Ed had landed a 14 lb striper in the Bay Of Pigs.   I got so excited,  I decided to fish the BOP for an hour before leaving for home with some big flies.  I spent a couple hours there with no hits,  and no fish on the meter.   Maybe I need to be there during the solonar peaks.   I landed three fish that measured 24 inches.  I weighed one and it weighed in at 8 lbs.   The fish are as fat and healthy as I have ever seen.   I bet the long fish have girth right now.   Its time to break the 30 lb mark .   If Monday flattens out,  ill try again.

I caught many of the fish today on a size 2 rear weighted, yellow and white, Craft Fur, Mask fly with a pulse disc.  Nothing I have ever tied moves in the water quiet like this fly.  The total length (2.5 inches) and rear weighting  along with the rudder effect of the fishmask turn the fly on the strip pause as the rear weight jackknifes the fly.  In longer lengths,  you lose the jackknife effect because the longer hair acts like a forward stabilizer.  I think longer shank hooks could solve this problem on bigger flies by moving the weight back farther.    The fly sits still in the water with neutral buoyancy and sinks horizontally.  Tied on a straight shank vs a jig hook  and coupled with a 3/4 inch pulse disk,  this fly not only darts on the pause,  it wiggles like a rattletrap when stripped.   I think there is room for a small rattle between the weight and the fishmask,  The fly with the pulse disk might rattle continuously when stripped.  Soaking the head in UV Flow before putting the fishmask on helps keep everything strong and stable.  I caught 20 stripers on one fly and it still looked fresh off the vice unlike the bucktail and Slinky Flash clousers I have used for years.   the Craft Fur moves better than anything i have used in flies under 3 inches with micro movement in the water. It also sinks faster because of its fine diameter.  It puffs like marabou and is stronger than bucktail.   When you soak the head in UV head cement,  it does not tangle on the hook bend which is also the reason I tie the flashabou behind the weight. 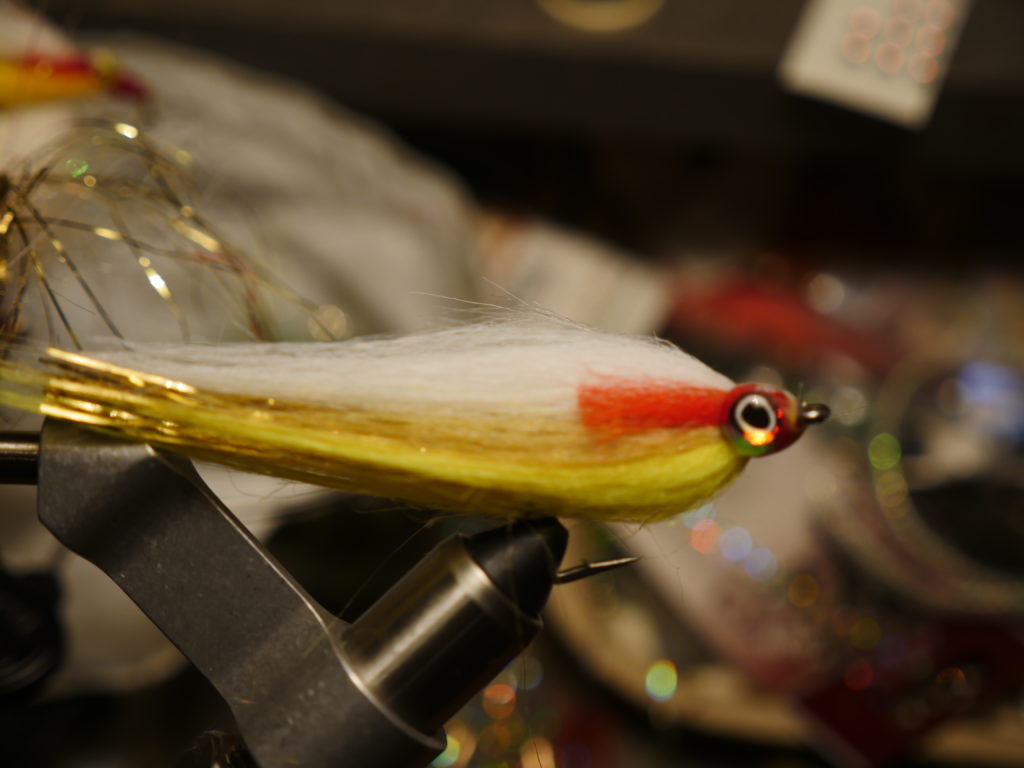 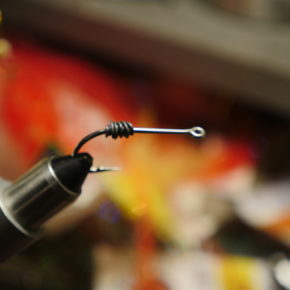 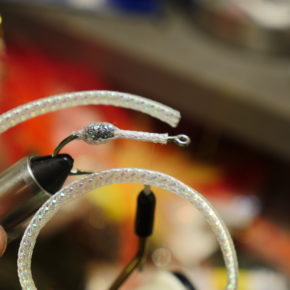 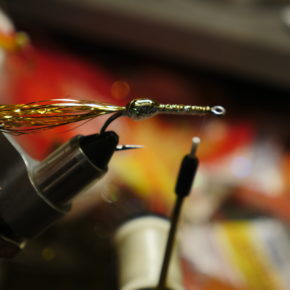 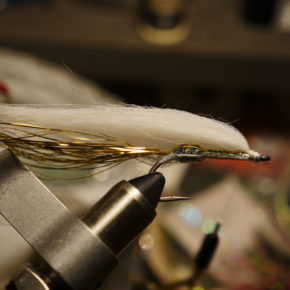 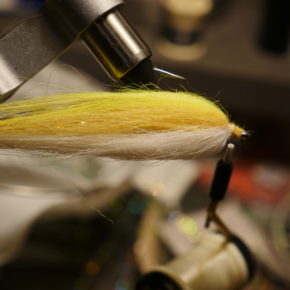 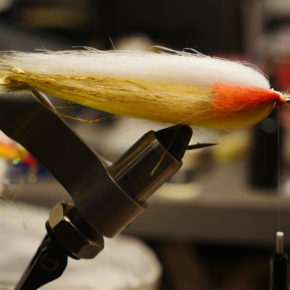 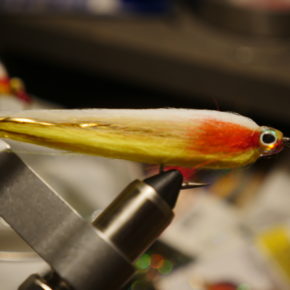 One thought on “Saturday on the Lake”