Usually by the end of May, Cathedral Park is plowed to reduce the fire hazard to the many multimillion dollar houses that surround the park. Given the right wind conditions, any house surrounding this small grassy park is at danger from the fires that are occasionally started by kids up on the hill smoking or screwing around.

Gina and I had just finished dinner and were watching the Warriors getting burned by the the Cavs in game 3 when I caught a wiff of smoke. Thinking that maybe my barbecue was still on and smoking, I jumped up and checked the backyard. The BBQ was off but there was a distinct smell of grassfire smoke in the air and I peeked over the fence looking for smoke. At the time there was none to be seen and I retreated to high ground and peeked out our highest windows that overlook the park. I spotted smoke at the peak of the hill and called 911. I was answered by an automated operator telling me not to hang up in 4 languages. After 30 seconds, and operator answered and I told her that there was a grass fire in Cathedral Park and gave her my address telling her the wind was pushing it at my house. She transferred me to the fire department and they kept me on the line and told me not to fight the fire and asked if anyone was hurt.

As the fire approached the house, I started getting a little nervous watching the fire engine pass our court since it seemed the house most at danger was ours. The firetruck made its way up the court and pulled hose through my backyard and put the fire out in 5 minutes. The firefighter told us there were over 5000 calls relating to our fire and they had dispatched 10 engines to the park fighting it on all fronts. It was over almost before it started thanks to the awesome work by many of our local firefighters. I thank them with all my heart. It could have been worse and I am disappointed with the city for not plowing the weeds in the park once they turned brown, like they normally do.

I took some drone pics of the burn area to get an idea of where it started.  Looks like it started by the rocks up on top.  Probably some kids smoking weed.  Hard to monitor that top of the hill but it would be easy to put some cameras on the main access trails to see who runs off the hill.   If I could have put my drone in the air right after calling 911,  I am sure I would have been able to see the kids who started it. 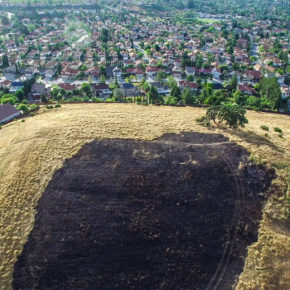 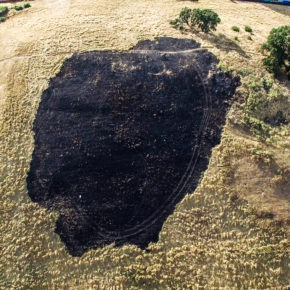 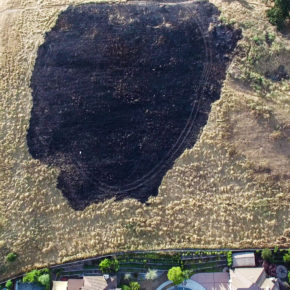 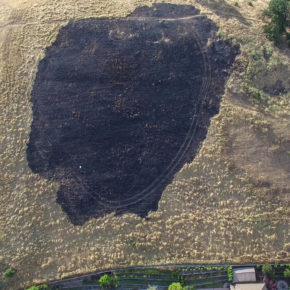 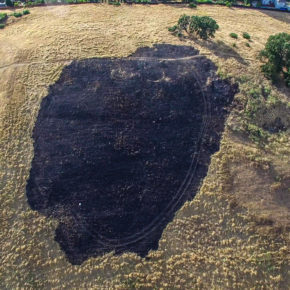 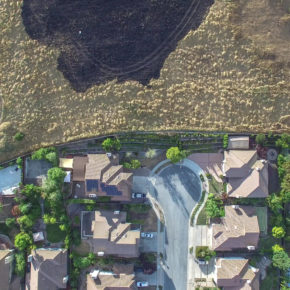 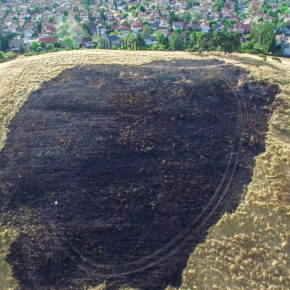 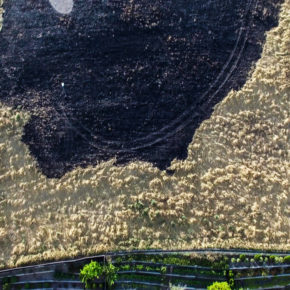 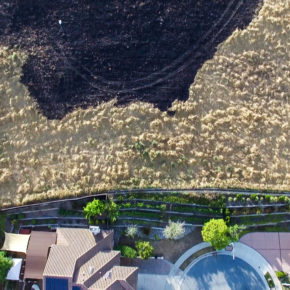 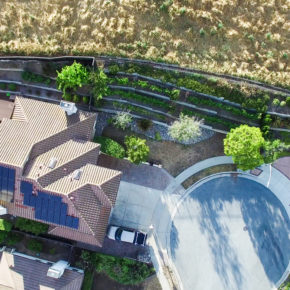 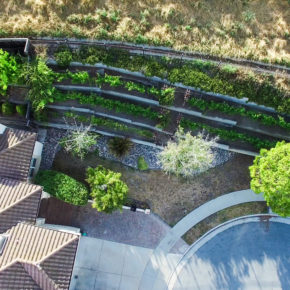 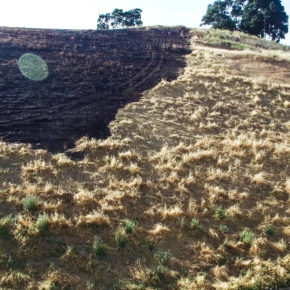 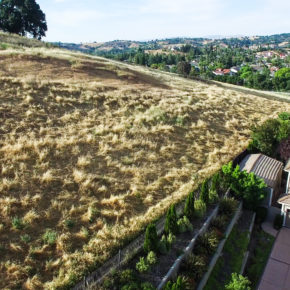 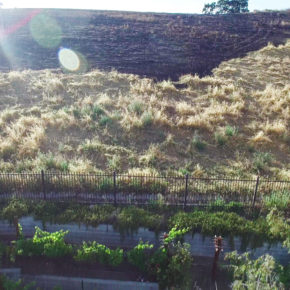