We will forget about the Dream Season years from now because the Warriors lost the Championship. the first team to blow a 3-1 lead. The best team in the NBA could not make a basket in the last 4 minutes and 39 seconds of Game 7 given 9 tries-4 by Curry, and one attempt from Thompson, Andre, Green, Iguodala and Speights. That is a total of 22 points missed in the final 4 minutes of the most important game ever. To lose by 4 points is to lose on a coin toss, a foul not called or a missed free throw. The warriors got beat by not putting enough space behind them when they led by 7 at half time.

My buddy in Charleston thinks I’m crazy for even wondering if the NBA officiating is rigged. Here is how I see it. When Draymond kicked Adams in the nuts like Bruce Lee, why didn’t he get suspended? It was because the Warriors were down 3-1 and the NBA needed Green playing in game 5 to bring the Warrior Dream team back to Oracle for ratings. When Green grazes LeBron in the nuts for stepping over him, No foul is called in the game and then afterwards, he gets suspended. Same fouls with different calls by the same group of refs and watched by millions on TV. Why? Because the NBA wanted some drama for a game 7, home team win at Oracle promoting a CAVS win in game 6 to force game 7. Maybe its not an exact science pertaining to how a ref influences a basketball game outcome. But it seems a couple bad calls or no-calls can change a game by 4 points easily. 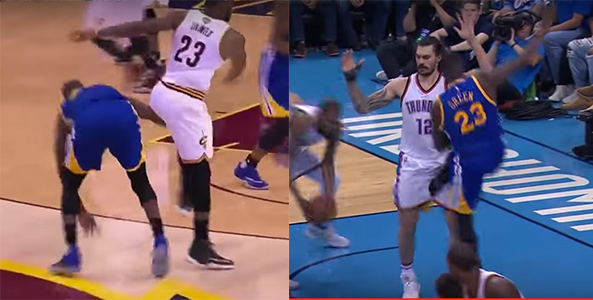 Steve Sakamaki and I tried the forebay this first day of summer. I wasn’t expecting much because of the full moon last night. We got to the lake really early at 6:30 and were boat number one on the Forebay. There were some fish working the surface here and there but nothing consistent enough to throw poppers at. We shined on the sporadic surface activity and I started searching for large schools of fish in the trench, around the islands, around Mederious and at the power plant. We ended up with 6 fish one keeper 22 inches long and the others less than 17 inches long. It got a bit breezy in the afternoon thank god because the temps were hovering around 90. Very few big schools of fish were around. I kept eyeing the Dam for the Police from the forebay side to see if there was a pattern. Looks like the DWR is making them work overtime. Did I say that I really dislike the DWR. They are being way overcautious with the 500 foot rule and whats with draining the lake so low in June? . I managed to get Steve on some fish and the day went by fast. Soon we will be going to Bolivia to catch some Golden Dorado.