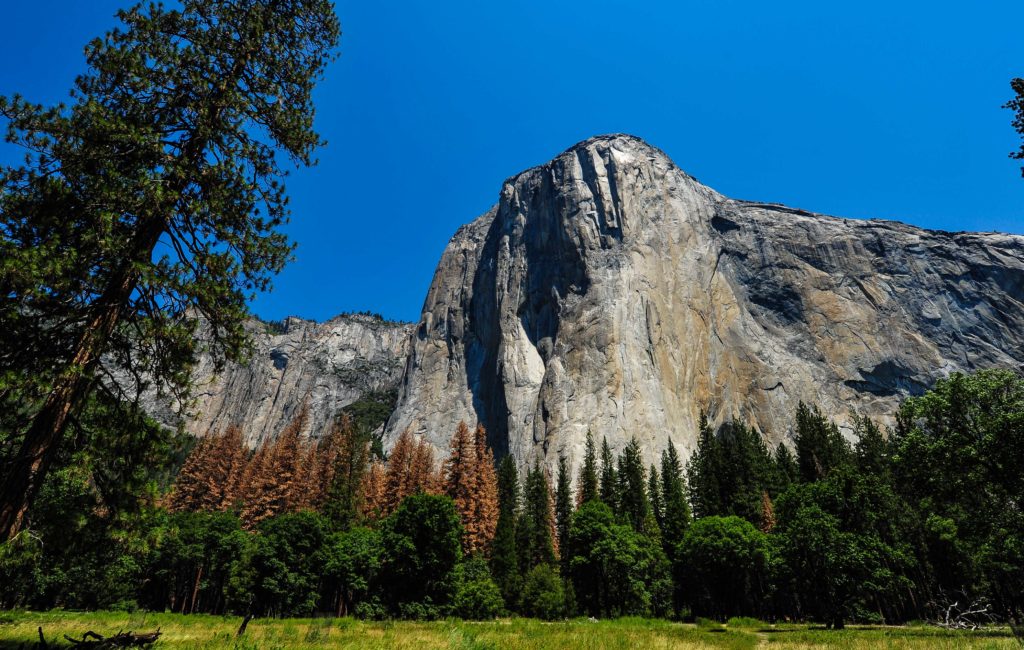 Its been over three years since we camped on the valley floor of Yosemite.  Gina and I lucked out and got a campsite three months ago.  The trusty old Motorhome made it up the grade without vapor locking this year.  Getting a campsite in Yosemite is challenging with over 2 million summer visitors, the limited camping can fill up within seconds. The most sought after spots are found at the three Pines campgrounds: Upper Pines, Lower Pines, and North Pines. We got lucky  in March and managed two days on the valley floor in lower pines in our old but reliable motorhome..  A nice couple from LA  was also camping next to use in there motorhome and they too were there for the first time without kids.   We had a great campfire and shared stories of past Yosemite camp adventures.  We had brunch at the Awahnee and rode the trails where we once hiked and camped with the Kids and Nick.

Last week President Obama visited the park with his family for two days.   He stayed at the Awahnee (Majestic) hotel  and hiked some of the trails and saw the sites.  It is the first time in in 54 years that a president has visited the park.  JFK visited the park last in 1962.    Obama came to Yosemite to celebrate the National Park System turning 100 in August.  It was President Abraham Lincoln who in 1864 signed the Yosemite Grant Act, which was the first time any country in the world had set aside land for preservation and  the act was the birth of the national park system.
President Obama used the opportunity to blame the receding Glaciers in the park on Global Warming vs part of at  naturally occurring  climate cycle as some naturalist in the park believe.

Gina and I had a great time riding around the park on our bikes and visiting the sites that we spent time at with the kids and Nick. It was a bit sad being in Yosemite without Nick.   Nick was part of the CCCs with built many of the trails and landmarks in the park in the 1930’s.  He will always be part of Yosemite to us and Im sure if there is a heaven ,  he looks down on Yosemite often since we had some great days there as a family.  Nick was assigned to Yosemite National Park in 1933 to work on the construction of trails and national park landmarks. Typical pay for a CCC enrollee was thirty dollars a month, with a twenty five dollar allotment going to the enrollee’s family.   The CCC camps in Yosemite National Park completed numerous significant improvements that are still visible today. They constructed view areas at Glacier Point, Henness Ridge, Crane Flat Lookout, and North Mountain CCC fire crew.  Lookout towers; constructed the entrance station at Arch Rock; and developed grove areas of the Big Trees, including construction of native wood barriers, identification signs, walking paths, and rest areas; and developed new campgrounds and improved existing ones. The Badger Pass ski complex, including the Ski House and ski runs, were built by CCC recruits. 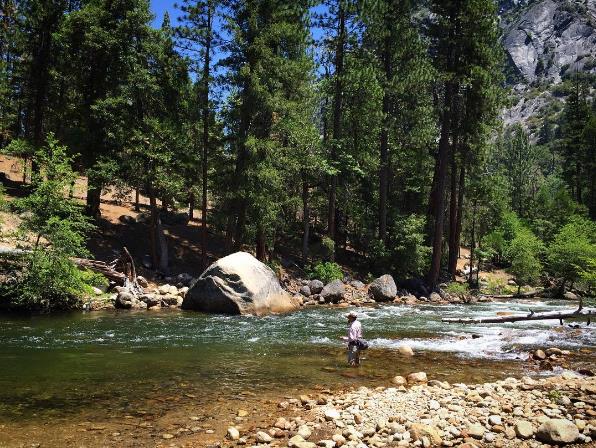 I did get to fish the Merced wish was near its high water mark.    Fishing was tough in the high water and it looked great but I had no luck with any fish casting nymphs under an indicator in  holes that produced three years ago in lower water.  I fished the lower Merced on the way out and also didn’t catch any fish.

On the way home passing San Luis Reservoir, a big grass fire took out about 800 acres of shoreline from the Cottonwood Wall to  Dinosaur Point.    It looks pretty far from the lake which is close to its record low already this time of year.  The lake is down below 20 percent already after being nearly half full months ago.   The logic eludes me.