I  couldn’t let another weekend go by without pulling on a striper. It been a long time since Ive seen multiple weekends blown out at San Luis Reservoir. It seems every time I have prepared to fish the Lake or Forebay, its been blowing hard. My best shot was last week on Monday, and my darn starter battery was dead in the morning.  I even tried to get a battery at Wallmart at 5:00 am but they were out of the one I needed and Bass Pro Shop did not open till 9:00 am. There ought to be a rule that fishing stores must open at daybreak when fishermen are awake. I ended up doing all the annual boat maintenance last week that needed to be done so it was still productive but no fishing.

The weekend of the 4th I fished Sunset Beach in Watsonville twice.   Some bait and plug guys are getting lots of teeners and some over 30lbs in the surf this last month.   Although the chances of getting a big striper are possibly better right now than getting a big one in the lake, the average striper is pretty small in the surf.  However, fly fishing the surf for stripers takes a lot of planning and work. Last week I cast a Sage Deathstar Spey rod overhead with a Rio Outbound Short custom cut at its full length. I must have made a thousand cast for a hand full of dinks  (and few nice perch)  but it felt twice as hard as fishing out of a boat in the lake. There is not much room for error when casting in the pounding surf with  a stripping basket acting like a sea anchor all while,standing knee deep in the salt while your feet are stuck in the sand.  In addition to all the casting precision, once your fly hits the water,  you often need to strip at a rate slightly faster the waves to keep your line tight so you can feel the strike and set.  It feels like fishing upstream in the rapids of a river.  At times and I had to resort to overhand stripping to keep up.  Whats  really fun about surf fly fishing is the the long rod and the undertow. That combination gives even a dink a mechanical advantage and the pull is fun. Im glad the ocean is only an hour away and I have a variety of beaches to fish. I think I will always have a surf fly fishing  rig ready to go in case I wake up and cant fish San Luis because of wind. 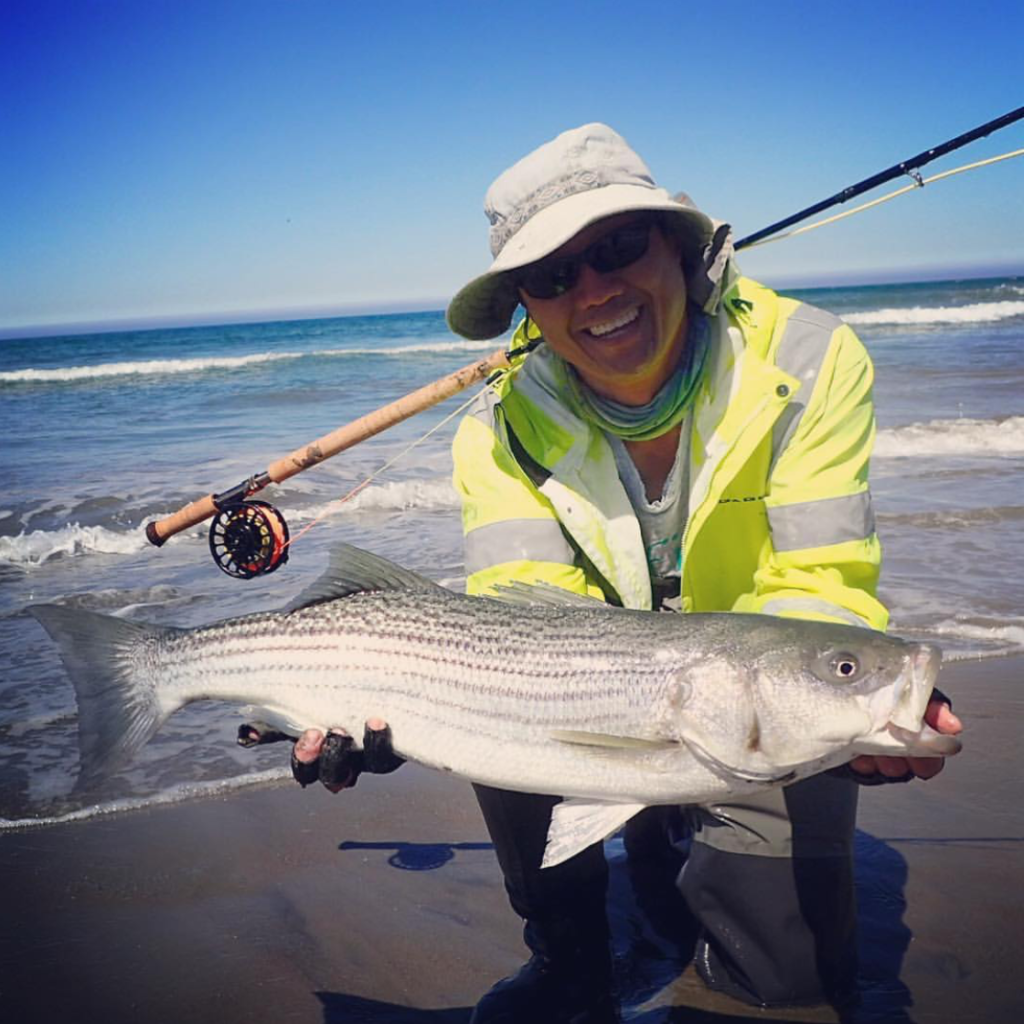 I ran into Mark Won and he gave me some pointers on fishing the surf.   A couple weeks ago he caught this 13lbr off the beach.    Mark is one of the Icons of Flyfishing the surf around Northern California   We have been friends for a long time having fished in Alaska and Alberta together.   Flyfishing the surf is Mark’s passion and he has brought the sport to another level.  There have been articles about him in Flyfishermen Magazine and he is highly respected on the beach.    Mark is built for surf fishing.   It amazes me how deep he can wade in the surf and still control that 14 foot spey rod.   Plus he has caught so many great fish out of the surf its hard to remember all of them.  He runs a cool surf fishing blog also.   Mark is an amazing fisherman and a NASA Engineer which explains his success.

Flyfishing the beaches near me is a great alternative to fishing the Delta and San Luis.  Plus there is also the ‘Perk” of eating at Mike’s hotdogs on the way back. Mike’s is the White Castle of Hot Dogs. I love the variety of toppings and the Hotogs and Sausages are phenomenal.  It is literally on the the road home but it is closed on Sundays. 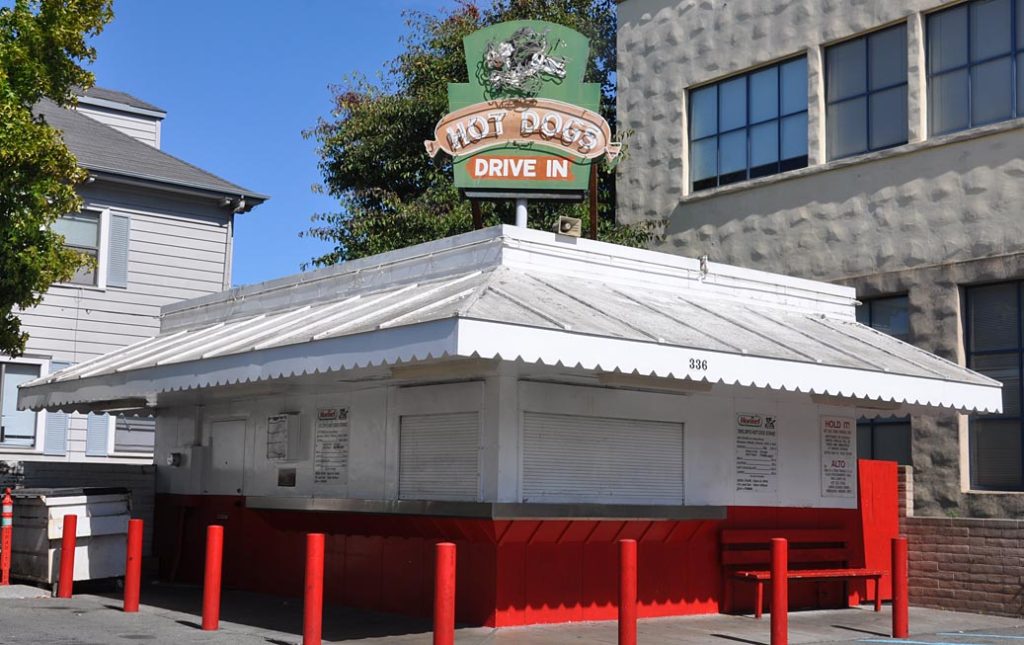 One thought on “Flyfishing the Surf is like fishing upstream in the rapids….”