It’s hard to come back from a fantastic trip and return to the regular world. Im not talking about work. Im talking about fishing in the northern hemisphere where the fish are normal size and the insects actually respond to DEET, and where you can drink tap water and even if we have problems with insects and pests, services from powerpestcontrol.ca can help with this. I am addicted to the exotic fishing trips. Last week I talked to a Columbian friend who recommended that we not go to Mantaveni. This month, the Colombians narrowly rejected a referendum on a peace deal between the government and former rebel group FARC that took over four years to negotiate and would have ended five decades of war. There is still war in Columbia despite what the pretty brochures say about fishing for Peacock bass in the Columbian Jungles and how safe it is. Steve and I decided to book the St Marie in Brazil during prime time next year. We are aiming at October.

Last week Gina and I spent the weekend at Half Moon Bay State Park in our motorhome. This camping area is now our favorite place to camp on the beach. The surf fishing is good enough to provide fresh fish for breakfast every morning even when the surf is less than ideal. The weather last weekend was atypically clear and warm. The surf was calm and we had a great time with our friends, cooking gourmet meals and watching football and baseball around the campfire. The park has free internet and power hookups which means all the comforts of home in the motorhome. There are some really great pumpkin patches in half moon bay. Gina loves pumpkins and we spent hours looking for cool pumpkins for this years Halloween. Too bad the Giants lost to the Cubs. Gina carves a mean Giants logo on a pumpkin. She has had three years of practice. It hard to rally around football this year with the Oregon Ducks and the San Francisco 49rs sucking so bad. At least Cal is making a run for a bowl. I would love to see a couple upsets this year by my favorite gutter teams. 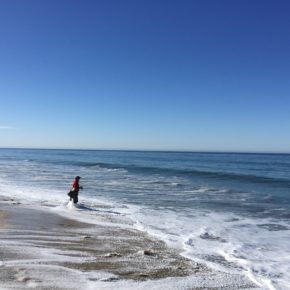 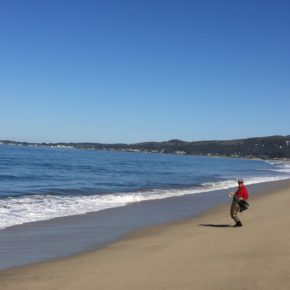 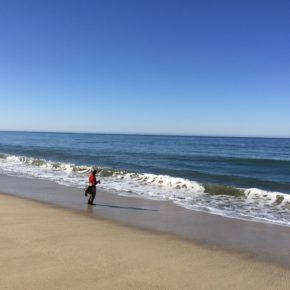 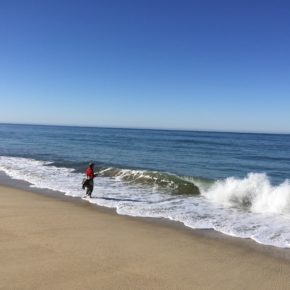 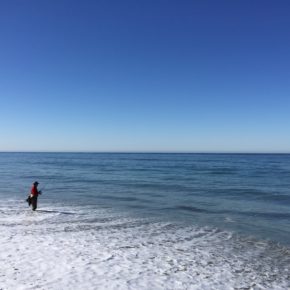 This weekend I finally had some good weather to fish Oneill Forebay. It has been over a month since I had a chance to fish there and usually October and November are pretty good months. I got those three 20 pound fish last year in November. Maybe I can get another one before the year is over. I decided to fish The forebay today. I got on the lake at 7:00 and the winds were blowing pretty good. I didn’t know what to expect with the two days of rain and the full moon. The solonar charts were favorable and finally a day that looked like I might be calm enough. All seemed calm over the pass till I launched the boat. The whitecaps made fishing tough in the morning. I fished the powerplant to stay out of the wind and managed a couple fish against the rocks. There was current form the pumps there, but fish were not in it. The winds died down and I had a chance to search the deep channels for schools of fish and I could not locate any big schools. I did find the fish around weeds. I used the 360 sonar all day to locate these weedbeds and found fish in 10 feet of water over and around what weeds that are left. The 360 unit work much better in the fall and winter when there is less weeds. The rock wall at Mederious gave up lots of fish in the afternoon from noon to 3PM and I left early to avoid the traffic and fish were still biting pretty well when I left. I had a big fish wrap me around something on the bottom near the powerplant. I caught over 20 fish but only two were over 20 inches. Lots of 17 inch fish which seemed smaller than the Sabalo in Bolivia–the main forage fish eaten by Golden Dorado. It was nice casting lighter one piece rods again. You forget how great they are until you cast 4 piece rods for a week.