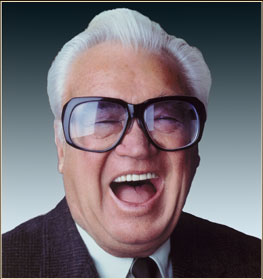 Alas, my lovable loosing Cubs have won the world series in the most dramatic fashion possible – 7th game, 10th inning, lead loosing, one run victory with a rain delay and away.  What has to be the most fantastic series in my lifetime and I’ve attended  4 world series’, the best game ever was from my living room couch real time texting my son in Oregon and chatting it up with my old Chicago friends from Dental School while reminiscing those 1980 seasons we spent in the lightless Wrigley Field bleacher seats.

My fondest memory before yesterday, of the Cubs,  was a game in 1981 against the Giants.   It was halfway into the season on a hot and muggy Chicago summer day. We took the L train to the Addison stop and walked half a block to the sports bar,   got a beer and walked it over to Wrigley.  We got to our on the fence seats.  It was first come first serve and we liked getting there early for batting practice.    There was a well dressed man sitting next to me wearing sunglasses with a radio earphone in one ear.   I tried several times to make eye contact with him but we never exchanged glances and it felt a bit awkward.  The coolest part about Wrigley Field is how close the bleacher seats are to the outfielders being only ten feet off the field.  You could lean over the fence and spit on the outfielder if tried to climb the fence for a catch.   The left field “fence” was about 10 feet tall covered in ivy and I  swear I can remember a game when a Cubs outfielder had to pee so bad he took a leak in the ivy but don’t quote me.    A bleacher ticket cost $3.00.     Around me, Cub fans had done their homework on the poor giants outfielder who was being barraged with insults and personal information from the bleachers as he waited for a play.   Once in awhile, he would put his hand behind his back and flip off the crowd behind him for some rude comment.    It was intimate.   The guy in the sunglasses next to me never yelled, always stood up when there was a fly ball but never  screamed or lost it.    Halfway through the 4th inning, the cubs hit a home run our way and pandemonium erupted in the bleachers.  In the excitement,  I finally put my arm on his shoulder in celebration and he turned to me smiling and said “380 feet”.   I didn’t know what he was talking about until I noticed his eyes behind his sunglasses.   We started to talk and he told me that he had season tickets and had attended every game for the last 10 years.  He told me he could sense baseball, and where the ball is hit just by listening to the ballpark and the radio.   He told me he could tell by the sound of the ball hitting the glove and the bat, where the ball was in space and even bragged about home runs he had caught!   He told me about how he has a collection of home run balls.  I was blown away as I watched him during the remainder of the game call strikes and foul balls just from the sounds before Harry Carrey called them.  He was an amazing man who was obviously completely dedicated  to the Cubs. Of course the Cubs lost that day,  and we went our ways. I heard from friends that he was sort of a celebrity amongst the bleacher bums.

That winter,  I was doing cosmetic dentistry off of Michigan Avenue,   Its was a cold winter and I decided to trudge through the snow and have lunch at McDonanld’s on Michigan Ave.  At the stop light on Michigan and State street,  I spied a well dressed gentleman holding a white cane and a tin of Pencils.  He was one of the cleanest well dressed beggars I had ever seen on Michigan Ave. I approached him and noticed immediately that it was the guy from the Bleachers at Wrigley.  Reaching into my pocket for some money,  I went over and bought some pencils from him.  I knew who he was, and thought he would not remember me but into the conversation,  he acknowledged who I was and remembered the score of the baseball game we attended.  Actually I think he remembered every detail of the game including our conversation.  He told me that he does this to earn enough money to buy season tickets!   I gave him one of my cards and told him if he ever needed some dentistry,  to call me.   I never saw him again after that day.   I hope he lived long enough to see the Cubs win the world series.  I raise my beer and toast you whenever you are.

The 100 year drought is over!  Long live the Cubbies of course until the Giant beat them two years from now.