There are some flyfishing friends that I have known almost my whole life and Dorothy Zinky is one of those friends.  Today we fished the Oneill Forebay  together and had great day.  The solonar tables predicted a 9:30AM  peak and the three star nearly windless day,  but last weeks heavy rains and the really cold morning and night temps combined with a near full moon,  made me doubt we would do well.  Reports form the lake and forebay have been very slow .  The water temp today was 50 degrees.

We left later than normal to avoid any ice on the freeways on the way up.  Arriving at the lake at 8:00, we were the second boat on the lake .  It looked like everybody decided to stay home in their warm beds.   The dock was covered in ice and my outboard was acting a bit wonkey.   I had never started it up on a really cold morning before.   Once the outboard warmed up,  it performed flawlessly but I think I need to change the oil on it and do some maintenance and tune up in the next months. 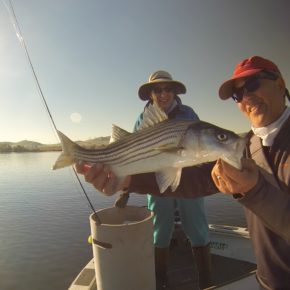 We started out metering large schools of fish around the launch.  After putting a couple flies through some big schools of fish without a touch.   I got ready for a slow day.  We started off “scrubbing the flats”  off the 152 bridge.  The 360 sonar didn’t show much activity, but I caught a few on the bottom with the slow retrieve and long pause.   The plan for the day would be ten cast – no fish – move.  We took off to the deep water trenches in the main Forebay and the powerplant inllet that was pumping pretty good but still didn’t meter any large schools of fish.  We then fished the Mederious Launch flats and the 360 sonar showed some nice schools roaming the flats.   We hooked some really nice fish today there.    At least 10 keepers with a couple fish over 21 inches.   Dorothy landed the first two keepers fishing a really small chartreuse clouser.   We fished the rock walls and caught a dozen fish but the majority of the action today was in 5-8 feet of water right on the bottom with slow retrieves and t-14. I call it scrubbing the bottom. I could feel the flyline drag on the bottom as the pulse disc vibrated on a neutral density fishmask size 1 yellow and white craft fur rattled clouser. I felt all day that the fish were looking down. We moved as soon as it got slow and  did well to find them relying on the 360 sonar to pick a direction on the flats. there were still clumps of weeds around and fish seemed to hang around them.   The majority of the flats were not very productive and searching was the trick. the fish were nothing like two weeks ago,  Sometimes we returned to flats that were unproductive earlier in the day and did well. Moody fish? 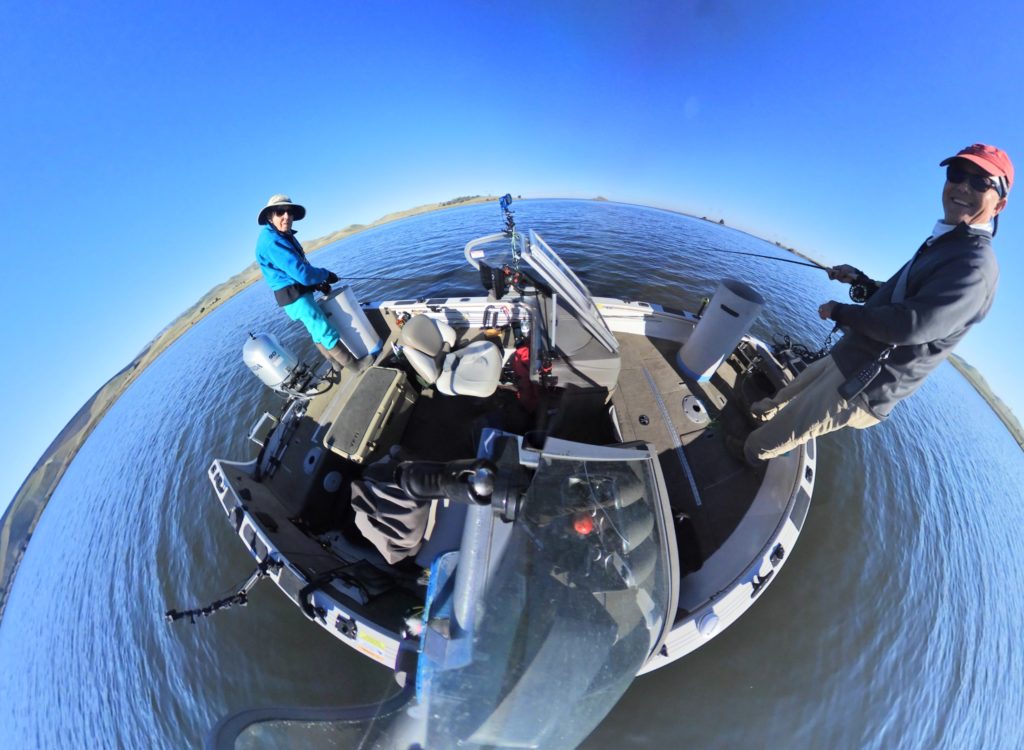 I am still impressed with how useful the 360 sonar is at this time of year when the weeds have thinned out.  It just as informative to find fish that wont eat as it is to catch fish on a flat that doesn’t appear to have moving fish on it. Several times today,  I told Dorothy to cast in  a certain direction and she hooked up immediately after going fishless for an hour.  We ended the day with over 20 fish between the two of us.  It really was a very good day despite how slow it was for the majority of fly fishermen on the lake today. 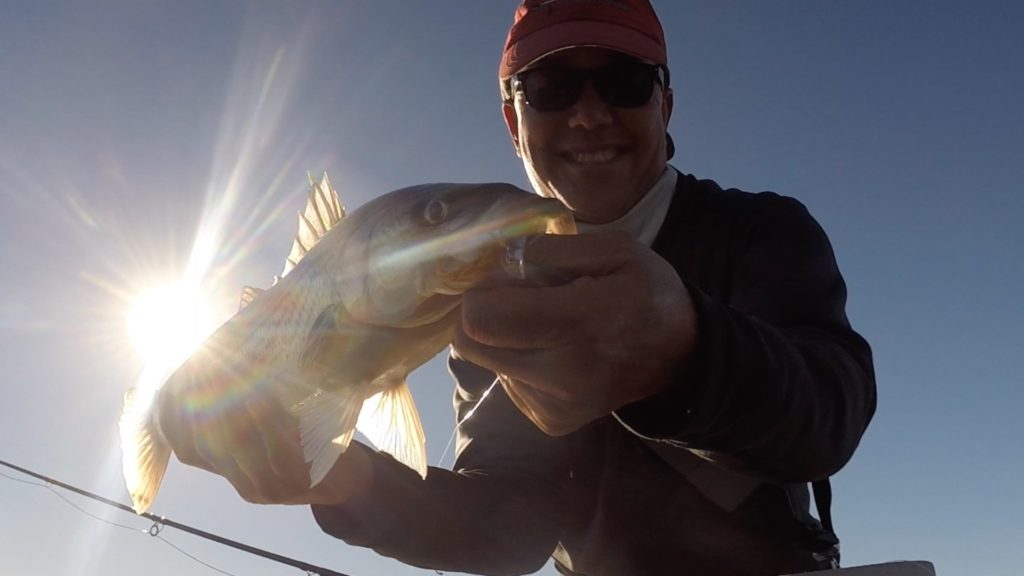