Gina bought a pair of concert tickets for me for Christmas knowing that I was a big fan of The Game of Thrones. Yesterday evening after a long day at work, I was reminded that the concert was tonight and I really didn’t look forward to the long security lines and hellish parking that goes along with events at SAP San Jose. We got there a half 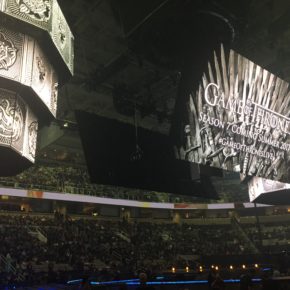 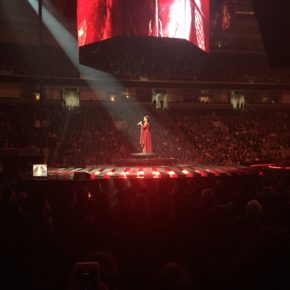 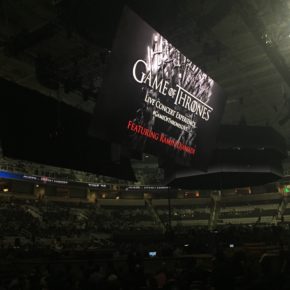 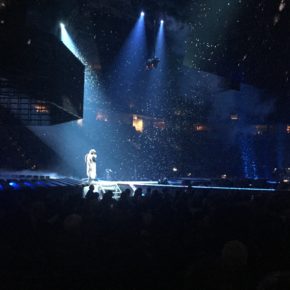 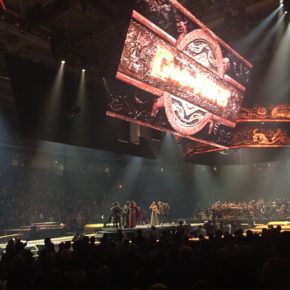 hour early to a massive parking lot clot, paid 25 bucks for parking and got into a mile long line to get into the event. I was annoyed, especially after the first quarter Warriors Game against the Spurs had them down by over 20 points. Yikes. When we finally got to our seats, things started to get interesting with lots of people dressed in Game of Thrones wear. Lots of skin, capes, and white hair wigs made people watching interesting. I was into it all by the time the music started and Game of Thrones video filled the big screens and three dimensional props. Ive always believed a film is only as good as its soundtrack and hearing the live music, I was enraptured by the whole spectacle. Even Gina who doesn’t watch the tv show was into it, as I tried to explain the characters to her while the concert progressed. I think that Gina will start binge watching the show after this concert now that she has seen all the mind blowing finales of each of the six seasons.

All is good in the world. Jon Snow lives, the Warriors made a comeback and won the game and the Ducks are in the Final Four.