II spent the week after Bolivia  changing lines on my eight weights back to Striper Shooting Heads.  I use basically the same gear for Golden Dorado that I use for Stripers. The reports from the lake have been slow,  but I heard that  Vaughn, Steve S and Steph were all going to take advantage of the predicted wind lull.  With Gina visiting relatives in NJ,  I decided to get up at 5:00am and try to beat the dam police to the Trash Racks and pick up a couple fish.   All went as planned except when I got to the Trash Racks, I could hardly stand up because it was blowin’ and pitchen about 12 mph.     I metered fish at 40 ft and did the long countdown and strip for a couple nice fish.  My Minkota was straining to hold my position and I ended up getting my running line caught in the prop when the wind and waves swung me around in a circle.   The Dam Police showed up around 8:00 and I took off before getting yelled at.  Steph was doing well in the Bay of Pigs with a dozen fish and one fat 8 lbr.   Also Steve Santucci was out with a client and I heard he got a teener out of the Bay of Pigs.   I fished the shallows with a Type 3 head on a seven weight and picked up a dozen smaller fish with a couple 18-20 inches thrown in for excitement.  All the fish are in great shape -Fat and Strong.   Its great fishing structure again in the full lake.   The fish seemed to be in the shallows in the muddy water today.

As it turned out,  it was the best day of year so far but far from a great day.   Steve Santucci got a 12 pounder out of the Bay of Pigs and Vaughn got a 12 lbr at the racks in the afternoon but got kicked as he was landing it like Ed Given did last year with his big fish.  I wonder what it would take to re-examine that Post 911 rule about fishing near the racks. 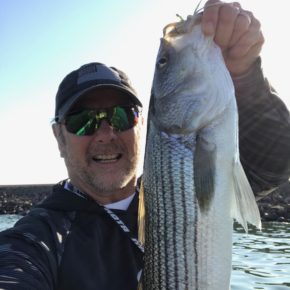 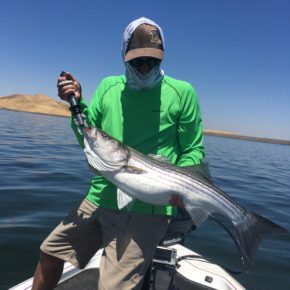 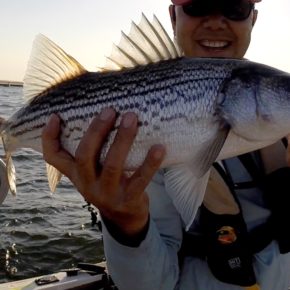 I saw a big herd of Elk coming in .  Also spotted a badger and an eagle diving for fish in the lake.  Steph swears that this fly was the reason for his success this morning. 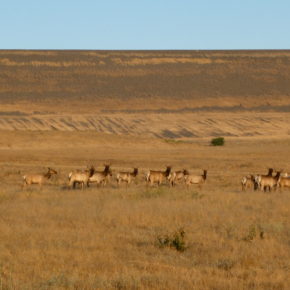 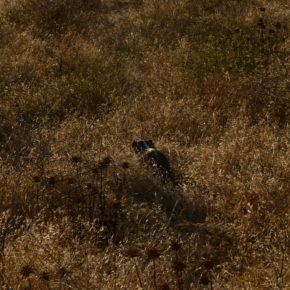 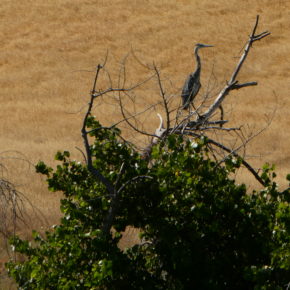 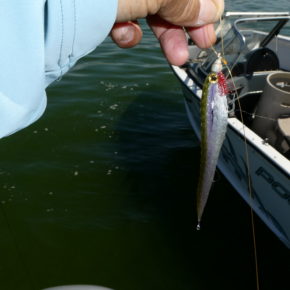 I flew the DJI Spark from the boat today successfully.  The 1080P footage is pretty good and it seems like I can get it into the air faster.   There was not problems with the Wireless frequencies between the trolling motor and the drone  do not interfere with each other.

One thought on “July 4th Weekend -Stripers in San Luis”