I was anxious to fish this morning but the wind lady convinced me to sleep in with a 11-15mph wind  conditions all morning.  Its 10:30 am and the winds are 2mph–nuts, I should have gone.  Ive got three more days to fish so maybe tomorrow.

Two  months I broke the tip off of a Helios II one piece 8 wgt.  I didn’t feel like sending the whole rod back for repair or replacement,  and a great deal popped up on EBay for that rod.   I  replaced the rod and called Orvis to see if they were planning on building one piece Helios III rods.    With the loss of our Santana Row Orvis Shop last year,  it’s become more difficult to test cast Orvis Rods.  I dont understand why Orvis would remove a retail store from the wealthiest concentration of Fly FIshermen in the world–SIlicon Valley and put it in Roseville which I not easy to access from the Bay Area.  While in South Carolina,  I had a chance to test cast the new Sage Salt HD rods.   Winner Winner Chicken Dinner.  Rio even made a long belly line specifically for this rod called the Flats Pro Lines.    Hopefully I will have an 8 wgt Salt HD for Brazill Peacock Bass next month .  Also peaking my interest are the new Helios III one piece and 4 piece 8 wgts.   I wont buy one till I test cast one but they look awesome. 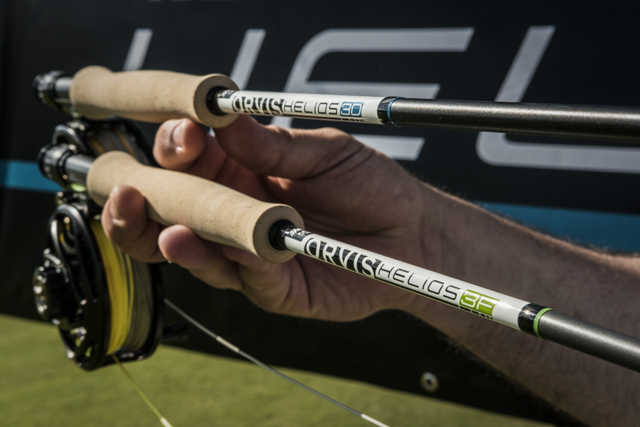 Orvis told me they no longer require you to return the whole broken one piece rod but instead allow you to send just the rod cork and label for a replacement.   I sent them the sawed off butt section of my rod and pleaded with them to send me a 9 wgt one piece instead of an 8 wgt and they were generous enough to accommodate that.    The 9 wgt Helios II is super light (like 6 wgt light)  and has significantly more lifting power than the 8 wgt one piece that it could become my goto San Luis Rod.   It casts 28 feet of t-14 better than the 8 wgt one piece and can lift 20 lbs off the ground with not much total weight sacrifice.  Super easy to cast and light- I am looking forward to using it at the lake this weekend.

I set up a Lampson Vanquish 8 LT for the new rod and loaded it with a custom made 30 foot Rio T-14.  I prefer the older Rio t-14 that is dark brown over the newer blue In-Touch which doesn’t stretch. The In-Touch has more texture to the line and makes more noise through the guides.   I also feel like it has more water resistance when it sinks because of the surfacing making it sink less straight but that I have not measured.   I hope I can still find the old Rio t-14 in bulk since Im getting low.

Which brings me to choosing running lines.    Being kind of cheap,  I probably dont change out my mono shooting line as often as I should.   I believe I have tried every type of shooting line on the market looking for the perfect blend of slickness, shoot ability, and grip ability with the minimum amount of stretch.  I keep coming back to mono.  I think its the power or allusion of power that you get when you cast a shooting head like you cast spinning gear.    Also its the straightness of the line during the sink  and the rate of sink which is better than “fly line” type shooting lines.    On the down side,  I have to confess that I have spent hours untangling mono when I should be fishing,  and Steve Santucci keeps telling me that I dont have to cast so far to catch lots of strippers.  He certainly catches more and bigger strippers than I do on shorter casts even though he can cast a mile.    But over the years,  blind casting for fish,  I have come to believe that the longer your fly is in the water which means stripping and fishing all the way to the leader gives you the best chances at catching.

The key to keeping mono from tangling is to change out the running line every 20 days of fishing and buying 40-50 lb diameters.  Some of my lines are two years old.  The new rule for me is the first time I spend more than 5 minutes untangling one,  its toast. Some expert Spey Casters recommend  cheaper mono shooting line which affords you the luxury of changing it out almost every trip for pennies on the dollar.   The best stuff for that is Berkley Big Game (Solar Collector color) in 50 lb test.  But of all the mono shooting lines I use for Stripers,  I like 50 lb OPST Lazer Line .  OPST running lines dont coil as much and dont stretch as much as  big game and because of that small difference,  I think I catch more fish with it and thats how I justify the higher price.  Of all the monos,  i like the Lazar Line the best.    I found this on a forum and its so so true….

OK, here is the basic rundown:

What you have: Rio Powerflex, a coated running line. Easy to handle, works fine for about anything except tournament casting, moderately expensive.

Sharkskin : what SA calls powerflex, but textured so as to slice up your fingers sooner

Monic: a stronger Powerflex that melts to itself if you leave it inside your truck

Connectcore: Powerflex with a special core to make it thicker and more expensive

and the big other family, mono. mono is cheaper, slicker, and usually thinner. You can cast farther with it if you are a good caster, and not as far if you are a bad caster. If you don’t find winter steelheading frustrating enough already, mono is the line for you.

in the mono family:

Slickshooter: mono that has been squashed

Gripshooter: mono with a handle

Frog Hair: mono that has been irradiated to make it more expensive

OPST Lazar: mono that has been coated with teflon to make it more expensive

SO as of today,  Its half a spool of Lazer line (82 feet) connected to 28 feet of the Older Rio t-14 with a braided loop attached with a perfection loop link, and a 5 foot leader made of 20 lb or 30 lb test Seagar Blue Label Flourocarbon  connected by a nail knot 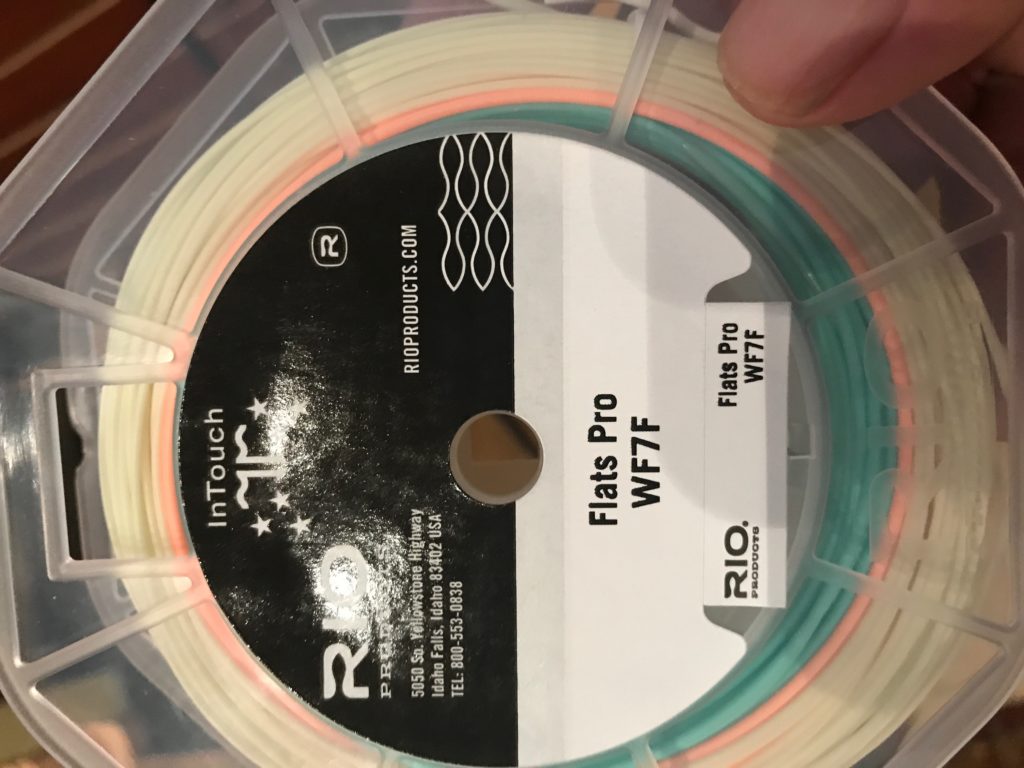 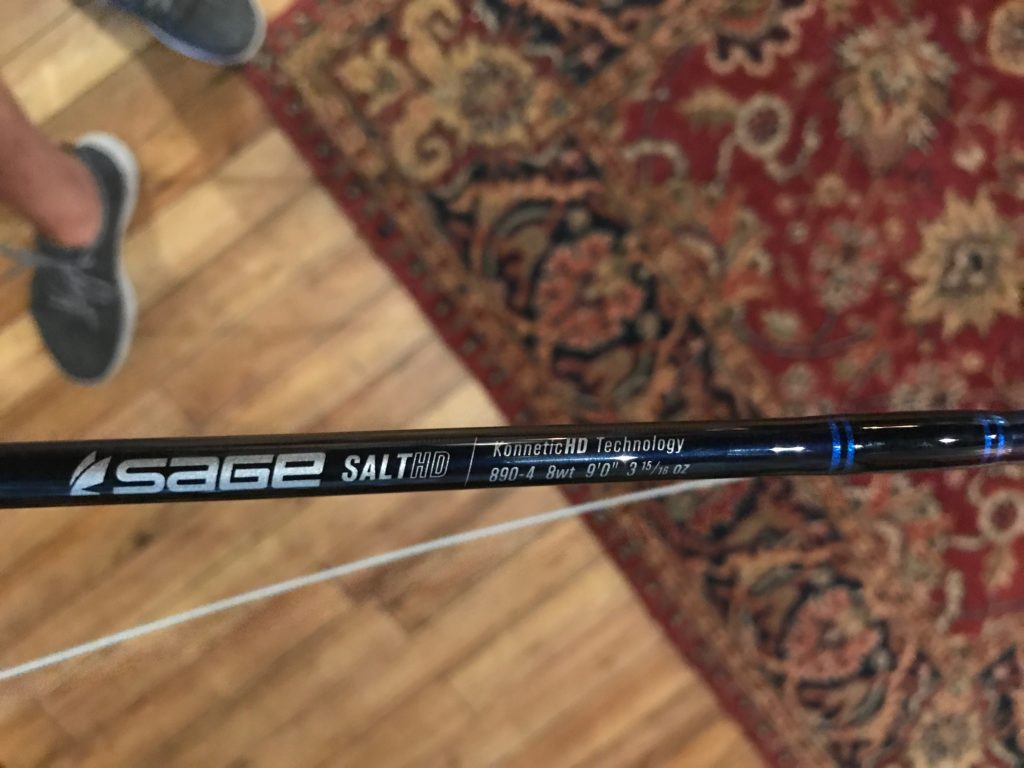