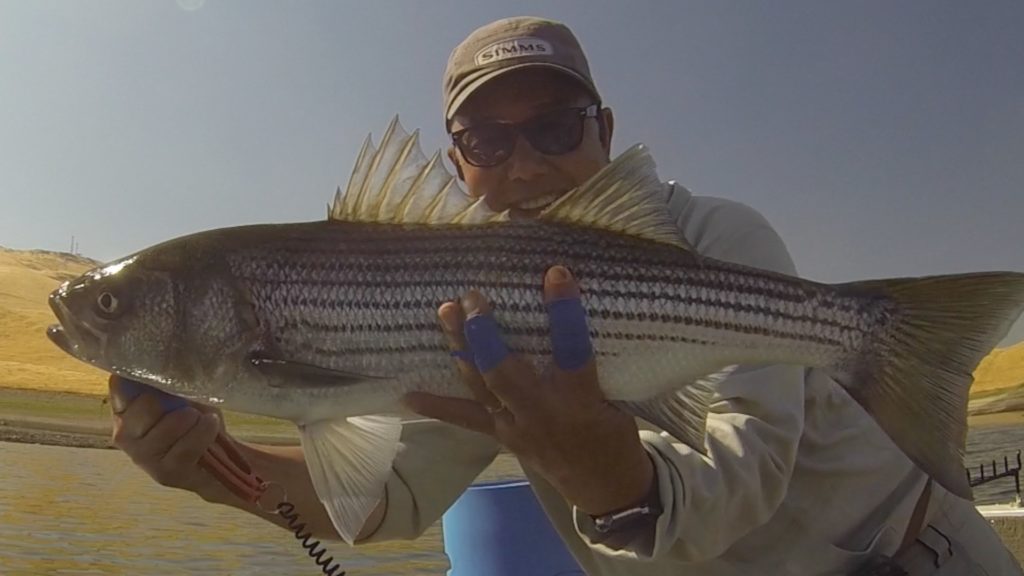 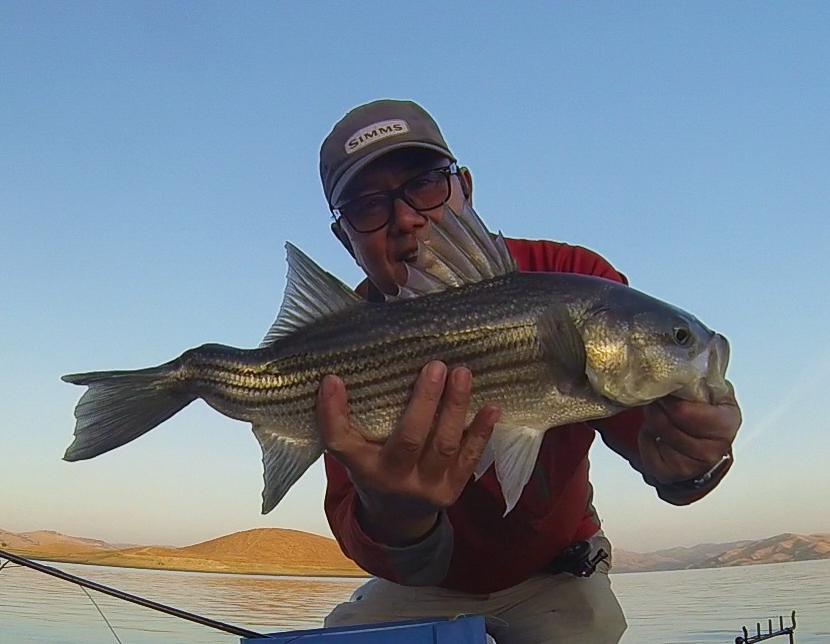 Im leaving for Brazil in two days to fish for Peacock Bass for the first time, but I just had to get one more day in before I left at the Lake and Im glad I did. The weather was perfect today with almost no wind. I figured I would take some of the new lines I bought for a test drive as well. The sun is rising a bit later these days and I made it to the lake before sunrise. There was already ten boats out by the time I got to the ramp in the dark. Everyone was on the lake today. I saw Steph V, Vaughn, Mark B, Tom M and his son , and Steve Santucci with clients. For a bit, we fished “Monument” together but the school wasn’t there. We headed in different directions to look for fish. Mark Baldwin had a great Friday and a mediocre Saturday-go figure one day could make a big difference. The winds were high on Saturday, but today, it was glassy calm all day.

I picked up a couple of fish in the Bay of Pigs early in the morning casting around the submerged trees. Casting into the brush and letting it sink with sharp retrieves and long pauses, I hook what I though was a pretty good fish. The fish fought like a 10 lbr and as I got it closer to the boat, I thought it might be an LMB. Upon landing the striper I noticed it had a deformed tail and a huge girth for its size. It looked like its spine near the tail was bent. It was amazing how strong this fish pulled and I cant believe it could swim in a straight line. I released the “Beast” thinking about how tough it had to be to survive with such a deformity. It obviously over developed to compensate.

Steph and I met up on the west side of the Bay of Pigs when I told him I was going to explore the shallows. Searching 20 feet of water, I dropped in on a school of nice fish and immediately started catching some nice fish. I called Steph to come over and together we followed the school around. At one point fish started busting near the shoreline and I could see Bait Fishermen running down the bank trying to throw lures at the commotion. As Steph and I started in on the shoreline, our sonars lit up. I started casting toward the shoreline and I started getting hits. I lost the first one but the second one was even bigger and tore line out of my clamped hand. Steph hooked a good one as I was landing the fish. It all ended as abruptly as it started. The big school of large fish took off for parts unknown. I didn’t even see them leave on the sonar. The fish measured 29 inches-about 8 lbs–a Beauty. It was a good warm up for next week. Also, another consecutive trip with a good fish. It been a good year.