Friday February 10, 2018: Failure can make you apathetic or it can inspire.  After last Mondays bust,  I read some good fishing reports  on Sunday and Tuesday that made me anxious to get back out with something different to break my jinx.      Fish were being caught in the exact areas where I failed to catch.     Maybe it was the stock market closing positive today or it could have been the different flies I used but today wasn’t half bad.   The main difference today was slightly longer lighter leaders and a smaller darting suspending fly.

Last Monday I searched for fish with fast moving flies and deep running crankbaits.   From the other reports for the week,  it seemed like the fish were up against the wood in the shallow east side coves.   The last three days,  I decided to tie some flies to change up my presentation.   In the past, when the fish got picky,  I went with smaller flies fished deep and jigged.   Today I used longer leaders, smaller flies and a 7wgt with a t-11.   Fishing on the east side wooded coves only gave up 2 small fish.   I couldn’t find any concentrated fish.   I fished slowly and methodically the end of every cove from Dinosaur point to Cottowood and scored two seventeen inch stripers by noon.  Meanwhile , the stock market dropped 1000 points in the same amount of time    It felt like it might be a repeat of Monday.    At noon the water got super flat and I decided to check out the other side of the lake.   I could see the DWR Police on the dam from all the way across the lake.

While fishing the east coves,  I had a chance to fly my new Mavic Air Drone.   The elk herd was on the hillside and I got some spectacular 4k drone footage of the herd.    I love this new drone which is about the same footprint as the Spark but shoots 4k with a 3 axis. gimbal.   The Mavic Air stays in the air longer and handles much better than the Spark .   More powerfull motors and beefier batteries make the Mavic Air Fast , agile and able to fly for up to 20 minutes.  I hadn’t received my polarizing filters so I shot flat.   I also managed some underwater footage showing the differences between  a rear weighted darting jig hook fly (Like Dan’s Pattern which I now refer to as “hundred fish”),  Last weeks Fishmask Craft Fur Minnow on a straight hook with a pulse disc, and my favorite darting fly that Vaughn turned me on too last year with a pulse disc.

I kept an eye on the Dam police from across the lake.  When it looked clear through the Binocs, I headed over to Romero because it was closest.    Romero is very dependable but it fishes very different at different water heights.  Today I was able to catch some good fish against the dam at Monument.    I love this area because you can push the school up against the dam and cove  and they tend to circle around the area and stay close,     Fishing the dam and flat with short jerks followed by long pauses,  I landed 5 fish out of the area all 24 inches long.   Total for the day was seven.  It was a good day for me considering and the stock market ended up 300 points. I am very impressed with the health of the stripers this year. The fish are strong and fat.   It must be the water levels boosting the food chain.   I stripped down to my t-shirt at 1:00 pm and spent a couple hours on the phone with my son Mark who is in Chicago where they are having a blizzard with 10 inches of snow.    My daughter in South Carolina called and told me it was pouring rain.  We are so blessed to be in California. Maybe I have it much better than I think when it comes to living near good fly fishing and weather.

Next week Ill be fishing the Delta with Steve Santucci and Mark Baldwin.   That should be great.   I need a tune up Yoda. 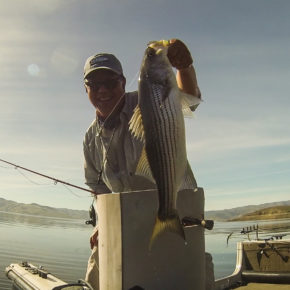 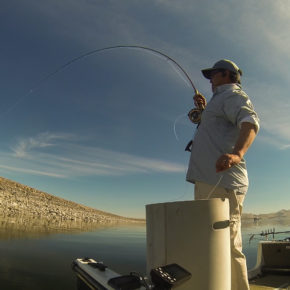 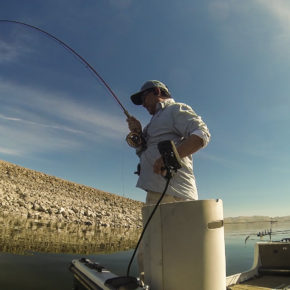 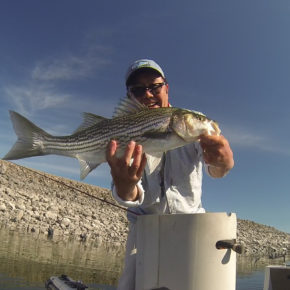 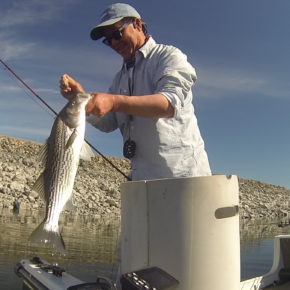 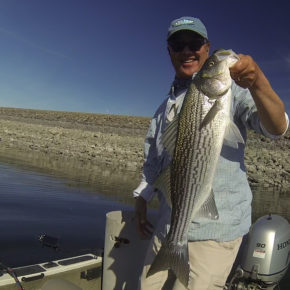 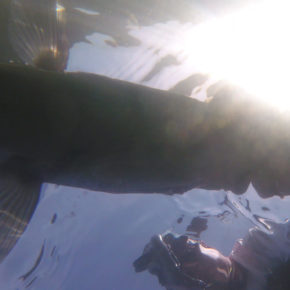 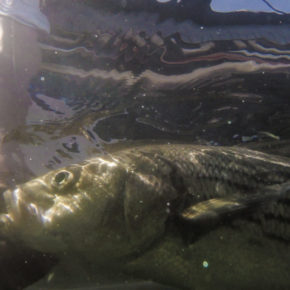 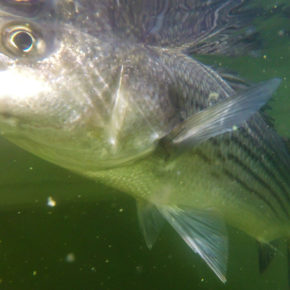 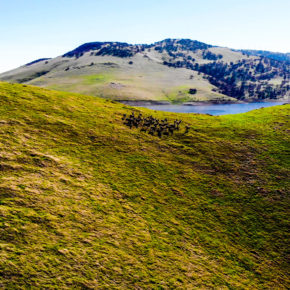 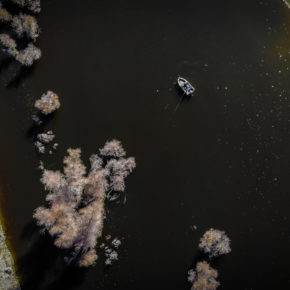 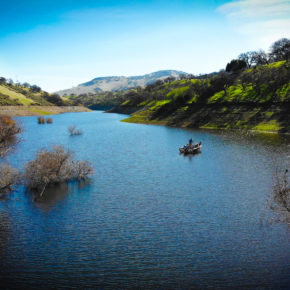 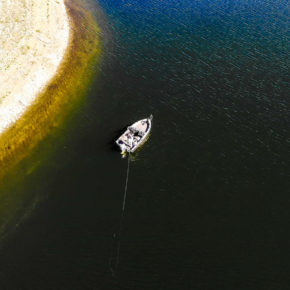 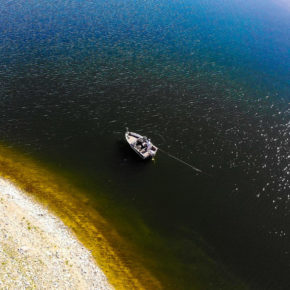 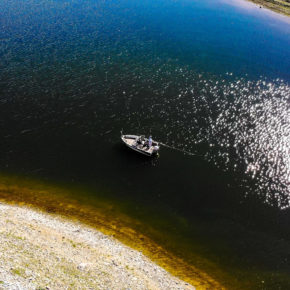