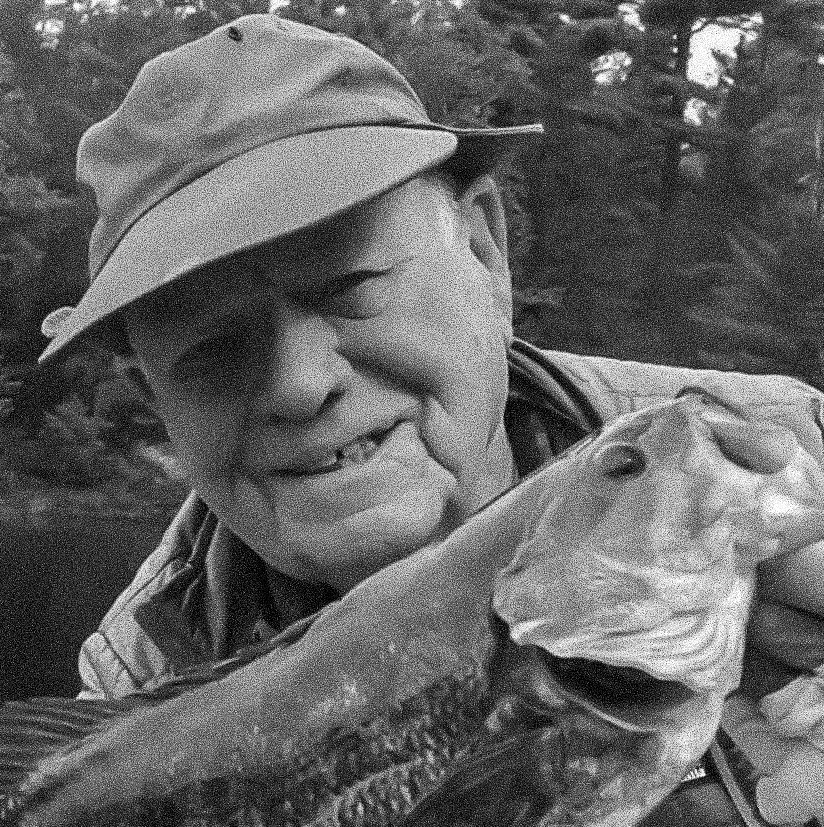 I am sorry to relay sad information to all of you.

Bernard Victor Kreh “Lefty” passed away today in the presence of his family. He passed without pain. He told us multiple times during the worsening of his illness how lucky he was to have so many friends. During these last few weeks he was so sick and without energy that he was unable to respond to any emails and the many phone messages left for him. I can say this was a great comfort to him.

There will be a celebration of his life in the upcoming weeks. We will update you when plans are made.

Lefty would want us to celebrate life and not mourn him.

In lieu of flowers, the family requests that memorial contributions be made to: Greater Baltimore Medical Center / Gilchrist hospice in honor of Lefty Kreh to Mail to: GBMC Philanthropy, 6701 North Charles Street, Baltimore, MD 21204; or online at https://www.gbmc.org/donate (Under “Designation” choose “Other.” Then in the next field, type: “Lefty Kreh Memorial”); or call: 443-849-3303.

Perhaps the greatest living flyfisherman  is no more…..  Lefty is legend now.

I met Lefty Kreh when I was 14.  I knew not who he was at the time.   He was not in my wheelhouse of experts back then.    I was a naive hot shot fly casting and fly tying instructor that worked in the best flyshop in California in 1972.  I was hanging out with guys like Myron Gregory, Hal Janson, and Andre Puyans who  were mentoring my casting , flytying and fishing skills.  That year Steve Rajef ,  a friend  and classmate of my cousin  who attended Lowell High School in SF,  had won his first of 14 National Fly casting Championship at  age 16.

When Mr Kreh came to the shop to sign books one weekend,  I had the audacity to challenge Lefty Kreh to a distance casting contest in back of the store.   I thought I could beat him.    Instead of taking out a shooting head, he suggested we modify the contest.  He challenged me to casting a 9 wgt shooting head without a rod. for distance.  .  He schooled me with a 50 foot cast and taught me the secret of line speed and double haul .    His rules of flycasting resonate in  my  thoughts 50 years later.   His principles of flycasting:

By evening,   from his unique way of mentoring,  I was matching his distance without a rod in hand.    After that day,  I practiced casting without a rod and used that technique to teach the physics of flycasting for years after that day.  I spent the rest of the day dealing with shop stuff and he left before I could shake his hand and thank him personally.   Len Bearden  had him sign a book  – Flycasting with Lefty Kreh–for me before he left  which I treasure.

Lefty Kreh was a huge personality in fly fishing– No ego, and all skill is how I will remember him.  He was bright with the joy of flyfishing.    His sense of humor, skills and experiences has made fly fishing a better sport for generations to come having published over 33 books   It’s a sad day to know he is gone now .   In his 90’s he once said.

My greatest pleasure in fishing, now, is to take somebody that’s never done it, and then watch them catch their first one.  To me, it’s kind of like catching the thing yourself all over again.    Lefty Kreh

I hope and pray  to age with such grace… 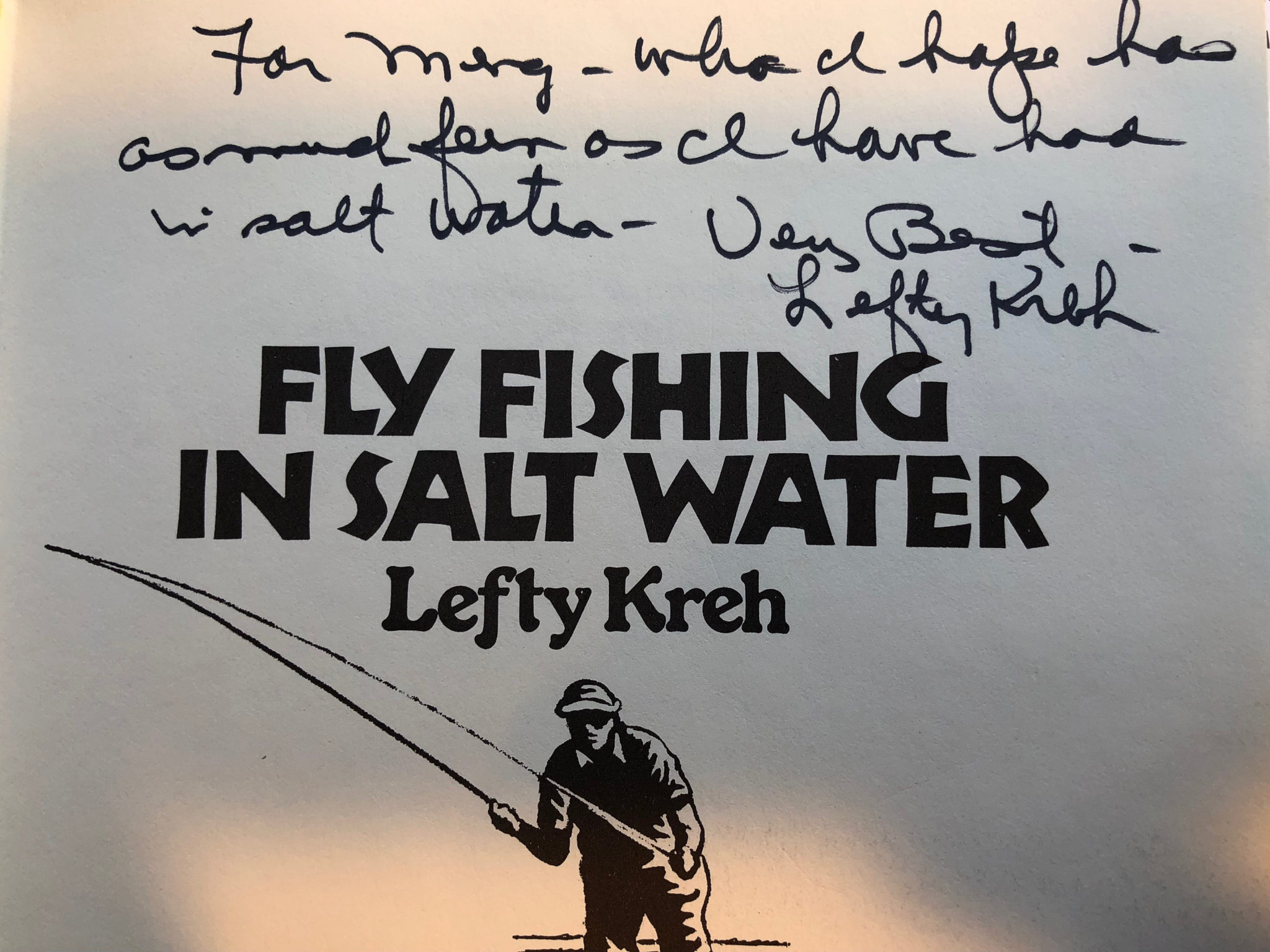