Sunday, April 8, 2018 – I haven’t fished the forebay for a year and I remember some great April days on the forebay years ago.  I figured that if the wind was blowing when I got to the lake,  I would fish the forebay and see whats cookin’.   The forebay was at its maximum height today but the visibility was extremely poor at about a foot.   I fished all the high probability spots with no hits or fish  but I did see some on the sonar.  The weirdest thing about the forebay today was that I saw lots of fish follow the fly right to the boat.    I tried fast retrieves and slow ones,  big flies and little ones,  no pulse disk and conventional clousers.   I had one decent fish actually follow the fly right to the boat and then slap the water as it turned around.   I figured I could get at least one bite but I could hear the lake calling my name at around noon.

When I got to Basalt,  the water was relatively calm around the Bay of Pigs even though the yellow light was flashing.   The weather report hinted that the wind might build at noon so I decided to fish the dam face where I got fish last week before it got too rough.  Last week Vaughn got a  20 lbr in the BOP  right before the rains.   I tied on my new 6 inch craft fur Blanton style flashtail clouser and dredged the BOP but the big boys were sleeping.    Fishing from Daves rock to the Guardrail with a  weightless up tied minnow,  I managed 4 fish on the the long sink and jig strip.  The underwater shots of fly show how that fly sinks to the side after the strip.  Remember Banjo Minnows?  I think finiky stripers like to hit this fly after it stops and moves to the side,  hence stay frosty for the 5 seconds after the strip when the fly line is not moving at all.  Its and almost imperceptible feeling.    I really like the little tiny “tick” you feel right after the strip as the fly sinks,  but I cant wait till the fish suicide grab the fly like they do in the spring and they certainly haven’t been hitting a fast strip fly for me these last couple month as well as they hit a slower presentation.    This technique has been very productive on the Dam wall for the last three months especially when Im fishless in the shallows.

The afternoon was pretty slow as I fished the racks.  There was a boil there and a couple boats.  I made some long deep casts around the rack  but no joy.    I looked for schools in the boil but they seemed to be pretty deep at 50-100 feet.  It figures that the fish would be deep where the current from the pumps are which is at the very bottom of the Racks.   The boil extends out from the racks almost 500 feet.   Im dying to troll a deep big clouser on a down rigger 50 feet down back and forth in front of the racks one day.      I worked Romero pretty hard as well but also couldn’t find some willing fish. 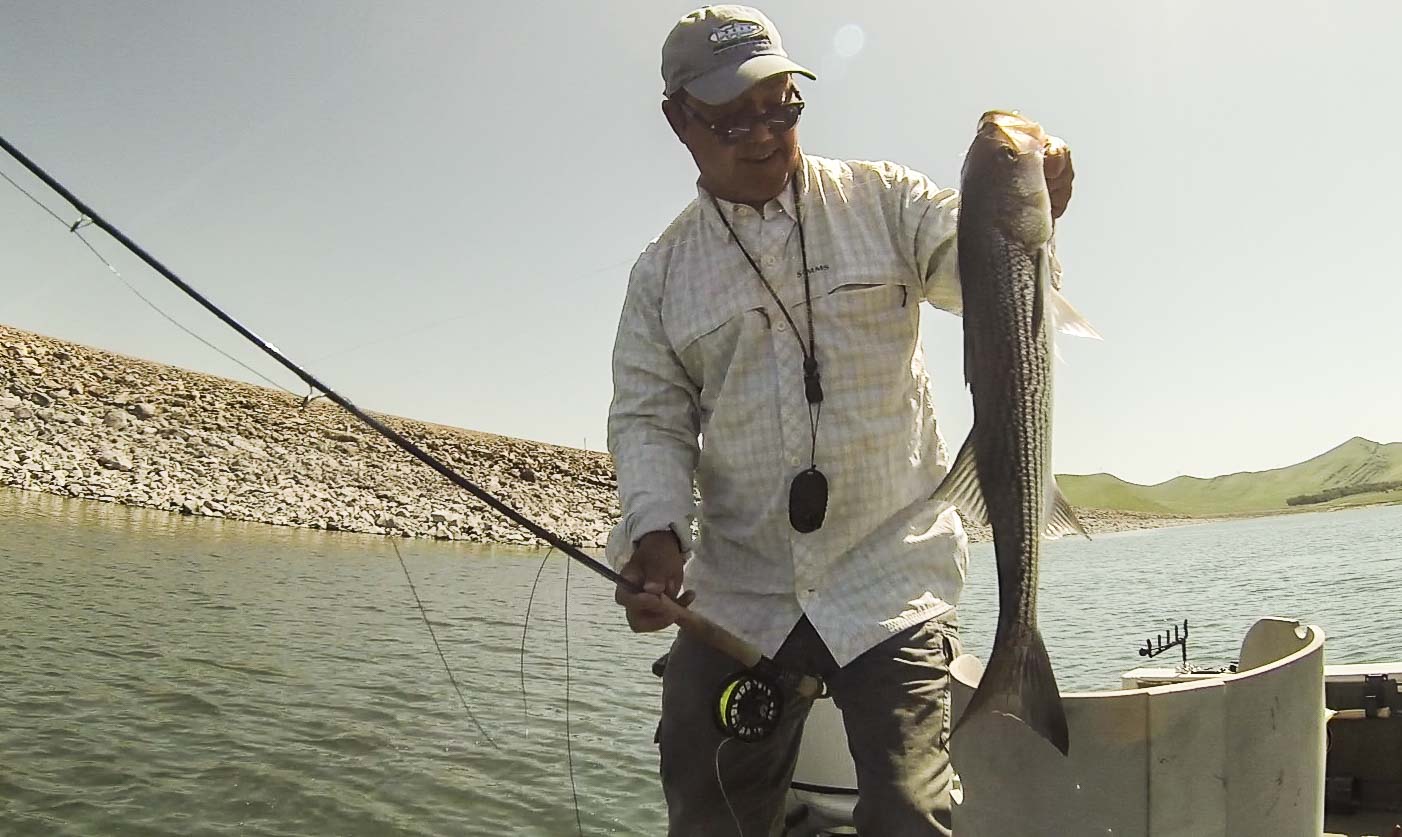 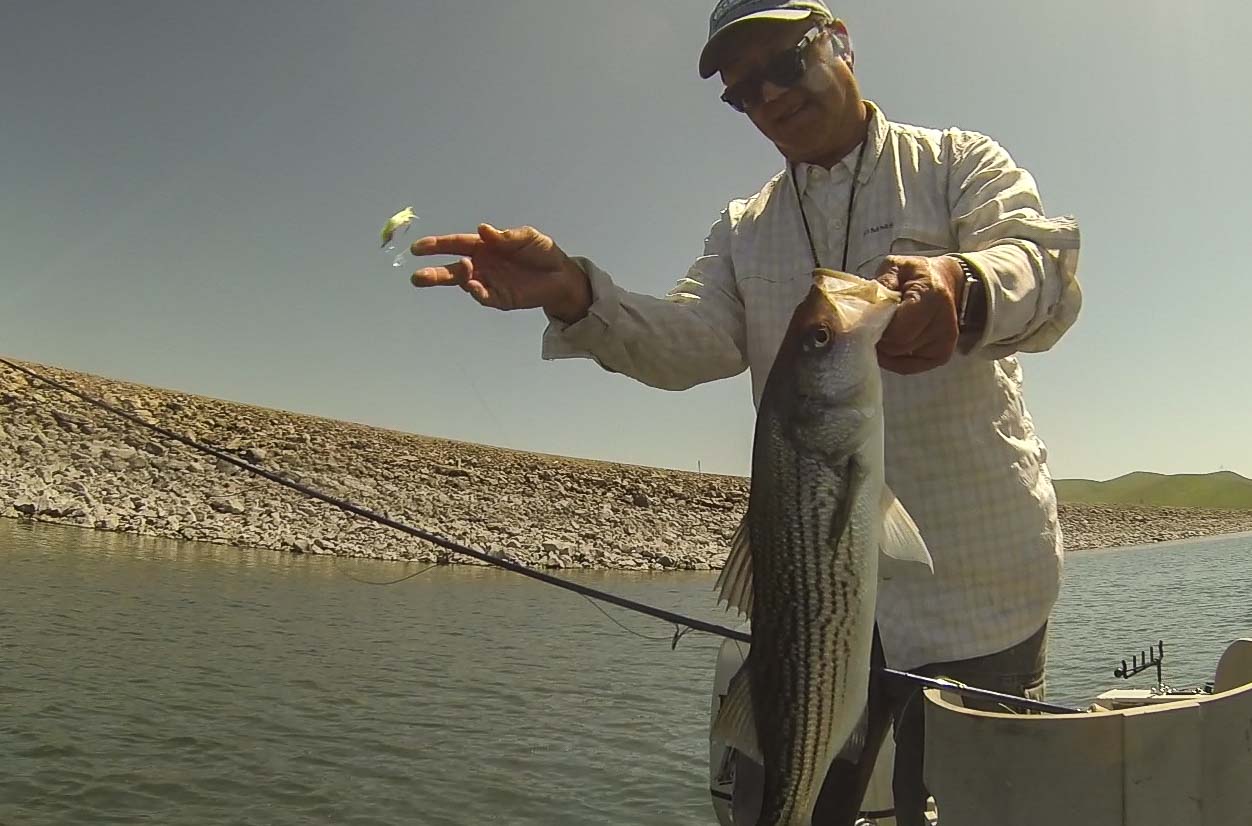 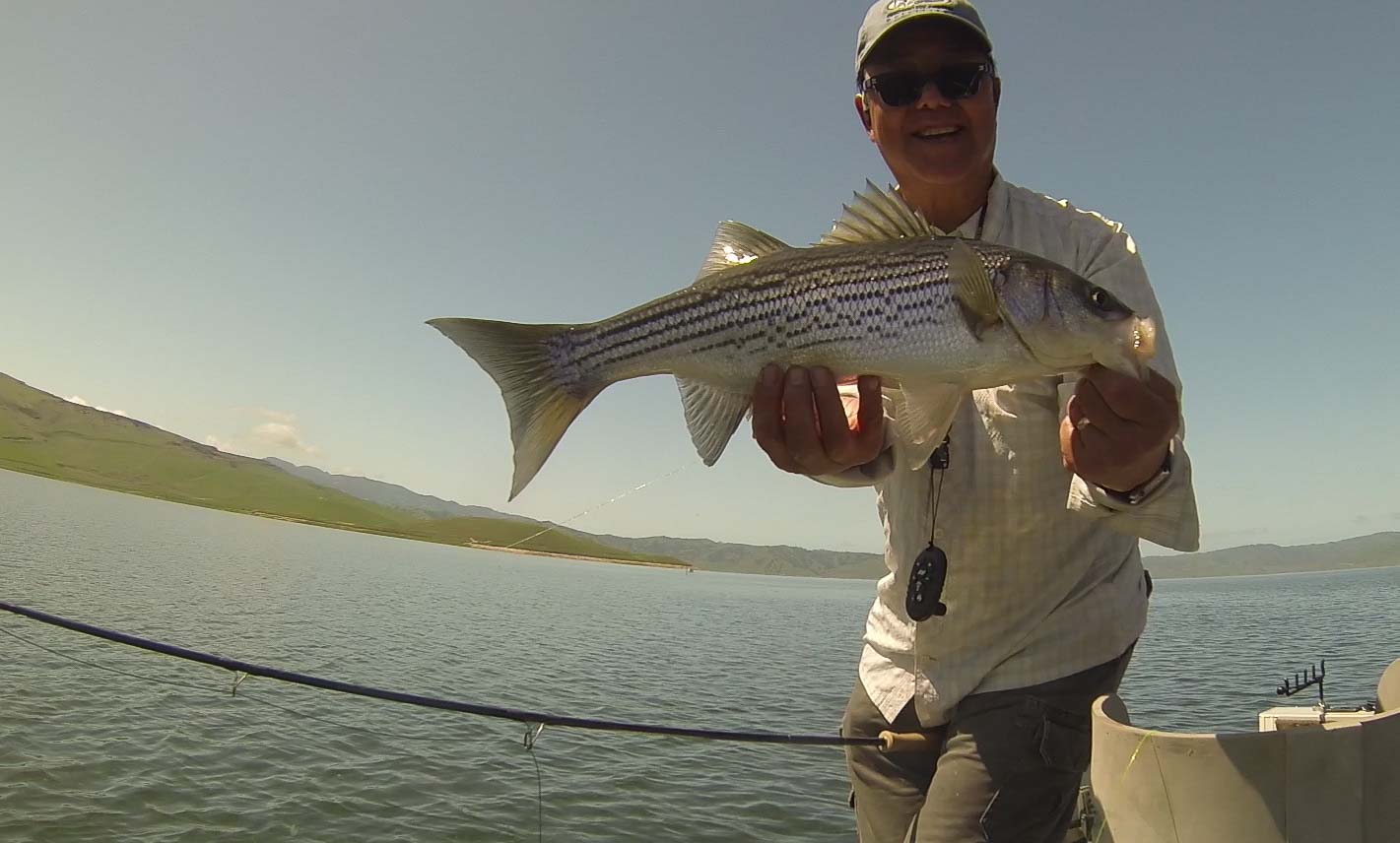