Saturday June 23, 2018 -The first day of Summer came this week and SL again has gone into its “Green” mode with algae blooms, unpredictable winds, sub legal stripers in the shallows and some epic number days. I’ve been trying to fish the lake for the last couple weeks but have been waking up to 15-20 mph winds on the days I had off to fish. Today, I launched onto a glassy lake at 8:00. A couple of the regulars were on the lake. Steph and his buddy Jackson were pounding them at the racks when I launched. Steph was using a fly I had tied him a month ago. It was a red and yellow clouser he caught a hundred fish on a couple months ago. Both fisherman in his boat were doing really well on the fly. I didn’t even bother keeping one as a sample. I better put a few in my box for next time. Ed Given and his son pulled up around 9:00 and started pounding them as well. The racks were in great form with Steph’s boat landing over 30 and Ed at least that many. I pulled up the rear with only 9 fish. I felt like LaBron in game 4. I had alot of time to mess with lines and gear over the last month and started fishing with the wrong lines on my 5 rods. I was rigged with an assortment of lines that I wanted to compare. Like what is the difference between a 28ft piece of t-11, t-14, an Outbound Short 8wgt type 6 and anOutbound Short 8wgt type 3. Im done playing around with straighter sinking lines that dont sink fast. Both OBS lines weight lines weight 330 grain in 30 feet. The advantage of the tapered shooting heads are that they are thinner up front and sink in a straight line. The t-11 and the t-14 sink at about the same rate despite there differences in density. I think its because the t-11 is significantly thinner. After falling behind about 20 fish I decided on the the fastest sinking line I can throw long from now on and that is 28 feet of t-14. I obviously was not getting down to the fish fast enough fishing an OBS type 6 and when I switched out to a t-14, I started getting better luck. The count was pretty long today. The fish were 25-30 feet on the Sonar and there was a large school of bait parked in back of the racks from 50 to 100 feet down. Schools of 17 inch stripers were all over the place. I saw doubles on the other boats during times followed by slow periods with no fish for 10 minutes. Around noon the fish started following vs attacking the flies. I switched up on flies everytime I saw a fish follow to the boat and managed to catch a couple more when it slowed down There were no cars on the dam today although the horn did go off. Steph thinks it is a warning that the pumps are going on, but I think its controlled by the Basalt Ranger station which checks with binocs and trys to discipline from afar.

Ed was getting one last fling in at the Lake before doing some real fishing for double digit trout on Henry’s Lake. I tried to get some tips from him on fishing Island Park and the surrounding area on a trip Im planning for August. I watched Ed and his son fish today and they have it dialed. He emailed me that he started getting more fish when he downsized his fly to a size 1 from a size 2/0. His best of the day was 8 lbs on that small fly. Very talented. The Givens are fish magnets. 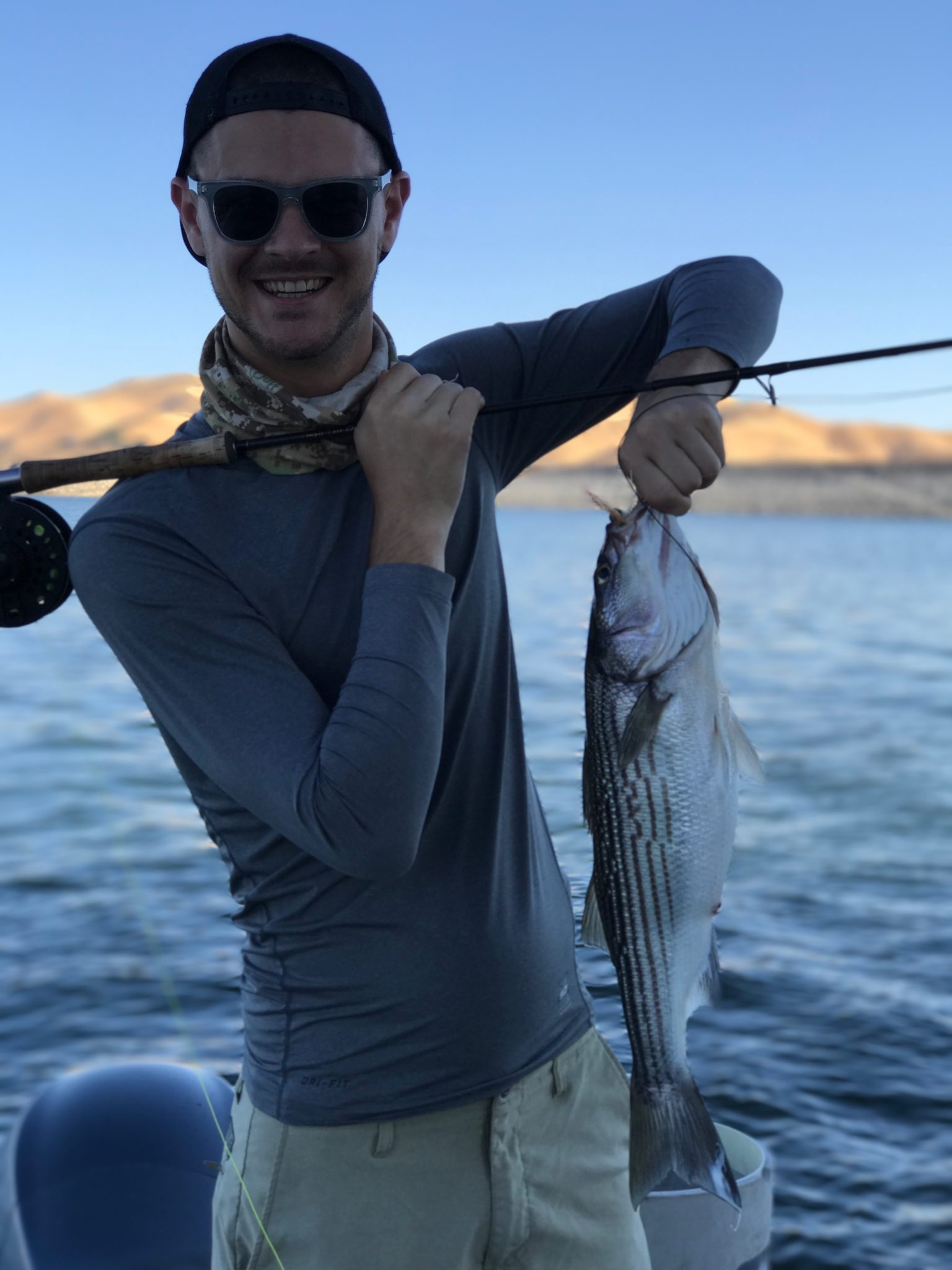 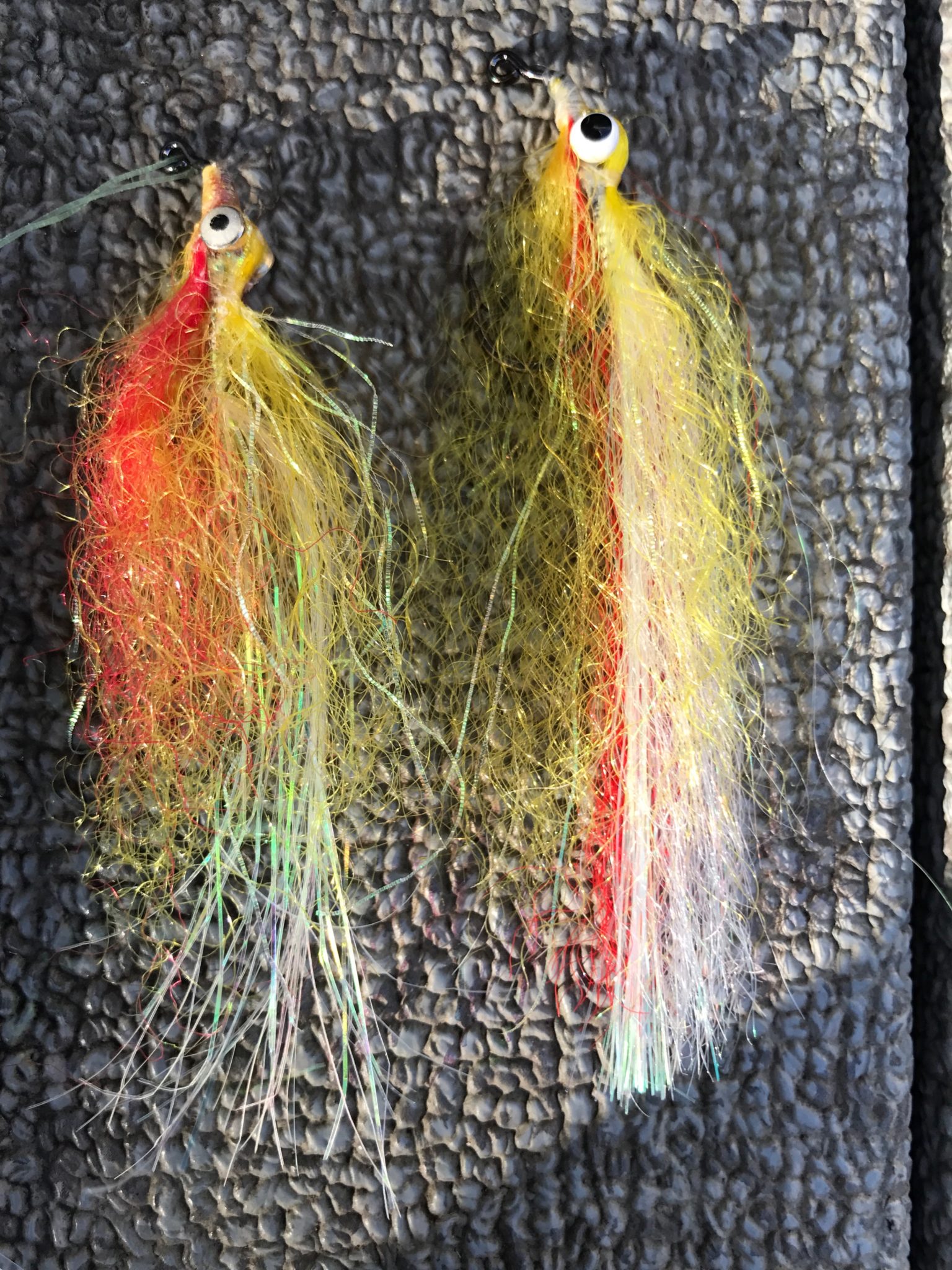 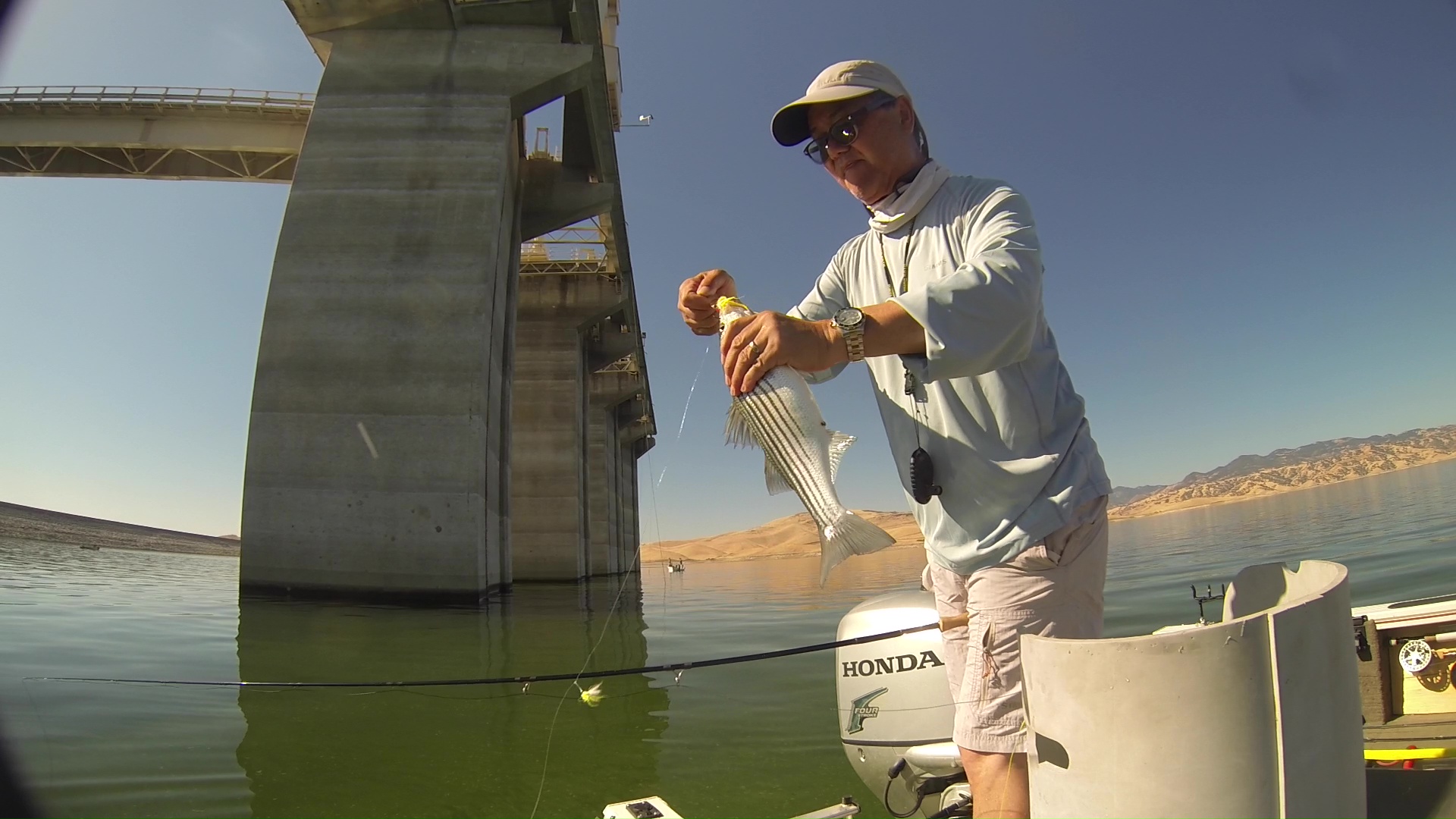 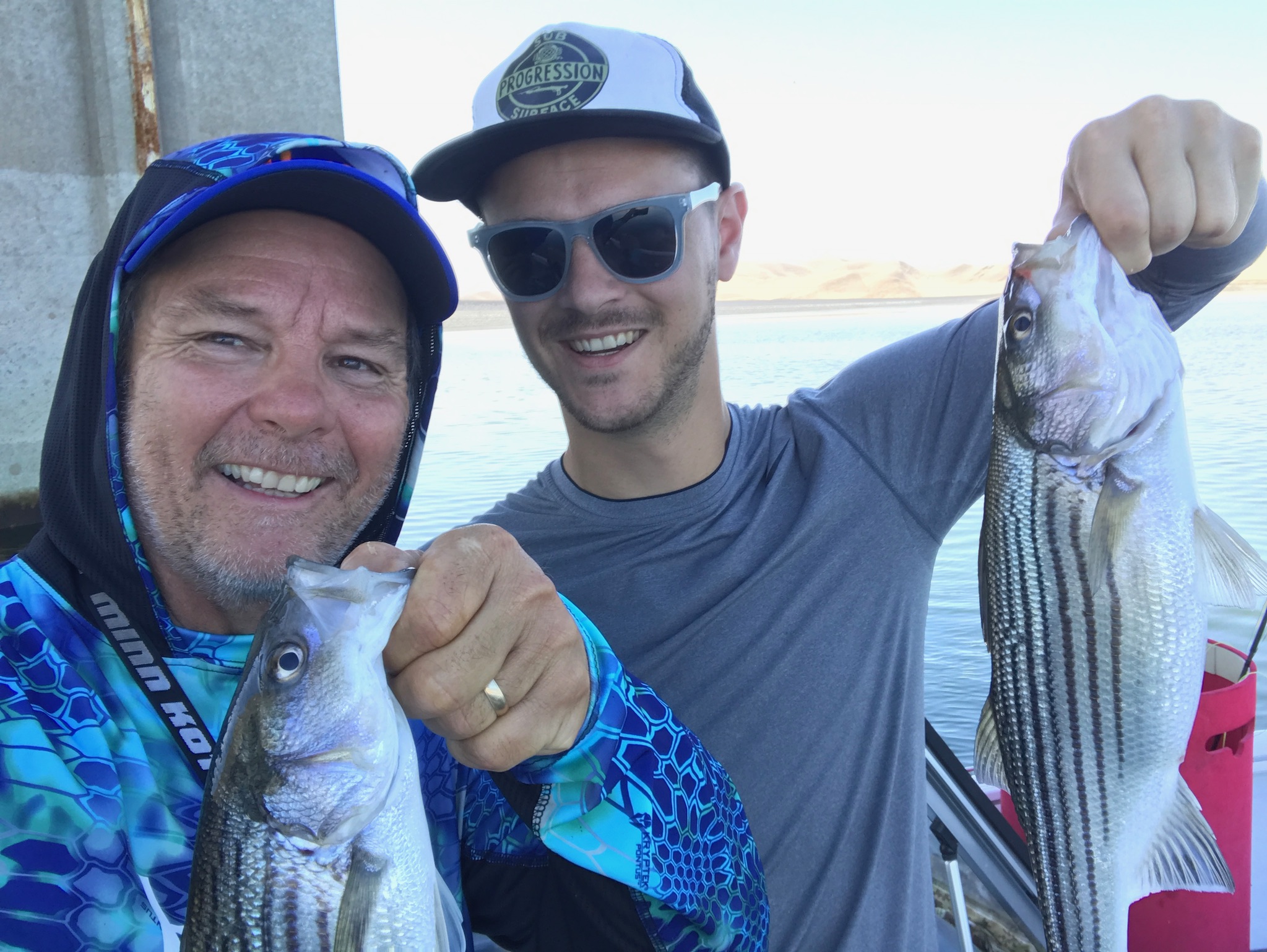 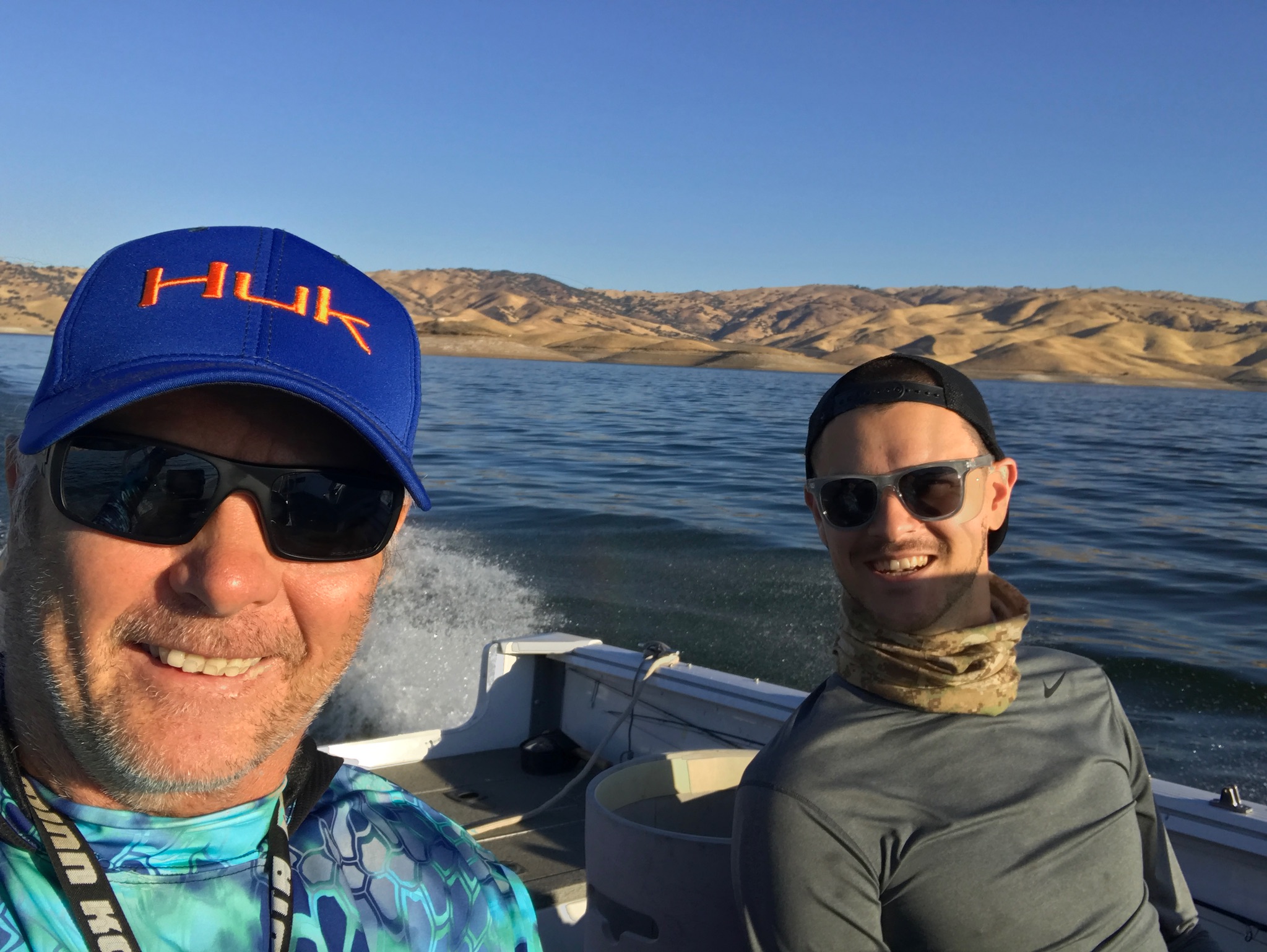