As I get older, its harder and harder to get up in the morning to fish.  I try to REM for every minute till that alarm goes off and then I have the coffee, breakfast, meds,  bathroom routine down to exactly 20 minutes.   Then another 10 minutes to put the boat on the truck and Im on my way to the lake 30 minutes after that alarm goes off.

When I heard knocking on my door at 5:30 as my alarm went off,  my day started off as a mad rush to dress and answer the door.  Dan Dee, my fishing buddy for the day showed up at the house half hour before he was suppose to meet me in my driveway.  We drank our coffee together and he ate a banana for breakfast!   I felt the bad mojo comin’.

The wind line was down again and the wind reports were conflicting.  One report indicated low winds at the lake and another predicted near 20 mph.   When we got to the Dino Ramp at 7:00am the wind was blowing about 10mph right at the ramp,  I could see white caps in the distance between me and the trash racks.   I asked about the Basalt Launch being closed and they told me they had just cleaned it up and boats were launching there this weekend.   I decided to drive on over to the Basalt Launch since it was closer to the Bay of Pigs and Dam which I wanted to fish.  It is easier to run for cover to Basalt than Dino incase a destructive squall hits the lake.   When we arrived at Basalt,  The lights were red, the lake was closed and there were white caps all across the lake coming from the northwest.   We decided to fish the forebay,

I haven’t fished the forebay for almost a year and as we launched, I couldn’t help getting excited.  The water was clear and I could see weed beds along the shoreline at the boat ramp.  The DWR has been poisoning the weeds with herbicides and there aren’t any weed islands in forebay to fish around.   I read in the Fresno Bee Fishing reports a month ago that someone got a 40 lb striper out of the forebay on a plug.   The water was 5 feet lower than normal and I decided to start by fishing the deepest water at “the trench”.  Frank from Modesto was on the forebay in his red Tracker along with a half dozen float tubers working the channel and Mederous Flats. Fishing was really slow and we only got a half dozen fish between the two of us fishing all the major areas including the wall at Mederous.  Around 11:00 I decided to try one more spot over near the powerhouse where Steph and I had the original Banzai day and sure enough,  the fish were there again.

The water was cooking out of the powerhouse and Frank had a fish on as we pulled up.  On a side note, I use to practice Spey casting here because it’s the closest thing to a big slow moving river when the water is pumping through the powerstation.  Frank was dialed before we got there– he had over 20 fish before we pulled up.  He sure was gracious prompting us to come closer.    He waved us over and we anchored up behind him and proceeded to catch a fish on almost every cast,  casting across the current and swing stripping size one yellow clousers wtih pulse discs.   I would have switched to a seven weight in hind site,  but those little fish pulled heroically on our 8 wgts forcing the tips into the water and straining our wrists.   Unlike the last free for all in that spot,  the fish were a bit longer and fatter all averaging 15-17 inches.  Frank thought every fish in the forebay was there and I thought that all these fish will be 18 and over by the end of the year.     We had more than a dozen triple hook ups and caught well over 150 fish.  We fished till 2:00 and were pretty worn out.     Dan and I were planning to fish with Steve Santucci the next day if the wind was down,  but the forcast cancelled the trip. 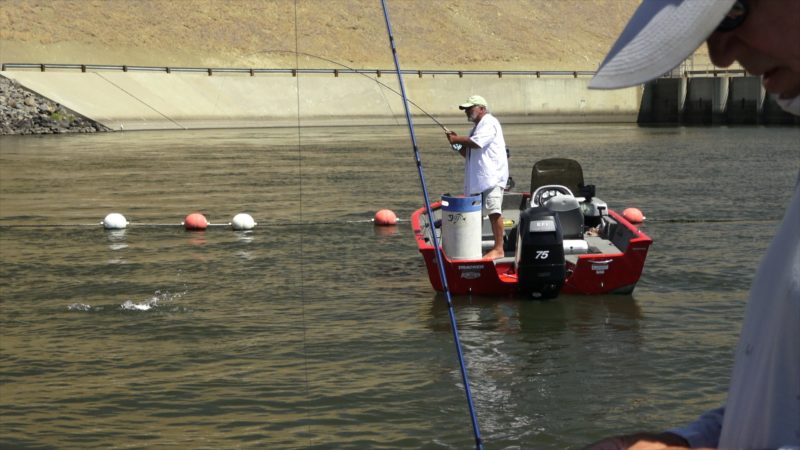 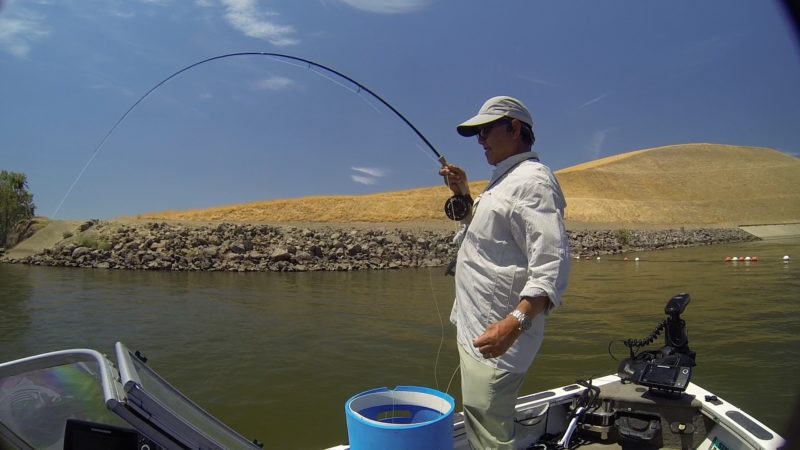 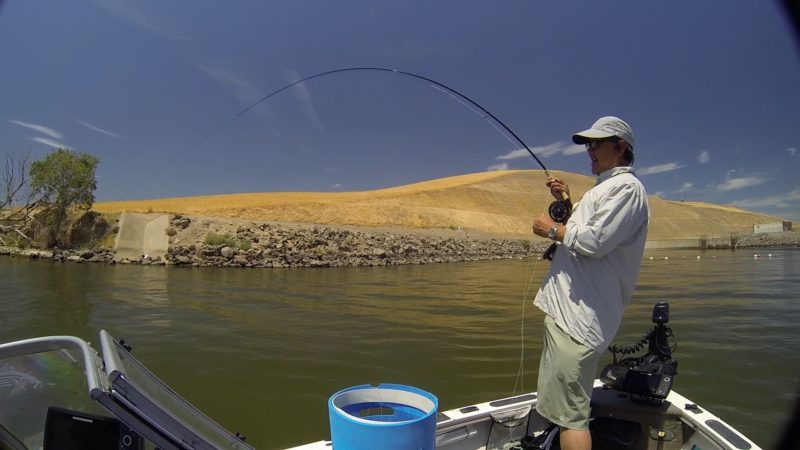 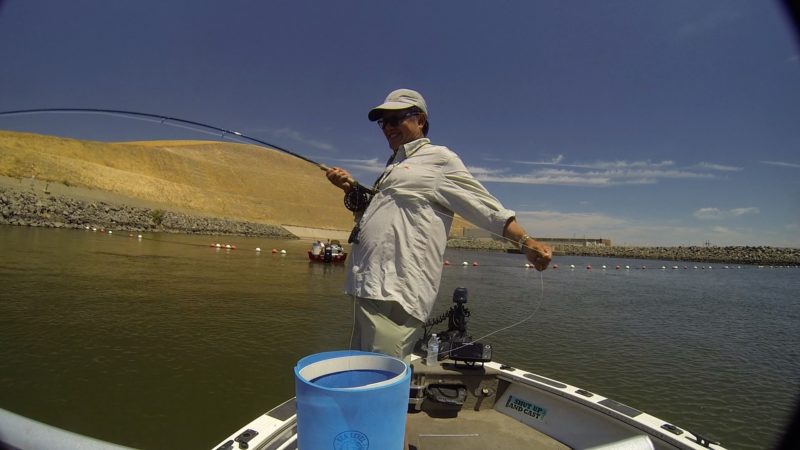