I got really hot and then really cold for 360 cameras. After editing one of my best friends weddings shot in my absence with a GoPro Fusion 360 Video Cam, Im hot again on these novelty cameras again. Im a sucker for 3D, VR , Hi Res sports cams to record my fishing adventures. Its almost like using new and different rods and flies to catch the same fish. All these new technologies have help bind my multiple interests in computers, photography, videography and fly fishing into one endeavor. Also, at the time, I was building VR computers experimenting with Google Cardboard, the HTC Vive and building VR content fishing stills and video content in 3D. Now that I look back, it was really my interest in panagraphic photography that jump started my interest in 360. The goal was to have a panagraphic shot of every great fishing spot I have ever fished enlarged and framed on my wall. I prefer those shots because they a vista vs a small section of the waters Ive fished. The iPhone and the all the DJI drones have all bee updated to take panagraphic photos that can extend 360 degrees and easily be turned into 360 degree photos.

Also, I have experimented with underwater 360 degree videography. One of the hardest things to do in fishing is to put a Gopro under water and follow a fish moving out after release. You have to get lucky, wet or be able to monitor your GoPro underwater wirelessly (which I managed to hack) to get the shot. In a future post, I will write about how I am able to aim an underwater gopro and monitor it as well as monitoring a 360 Gopro Fusion realtime in a glass globe underwater. This capability will come in handy filming flies moving in the water as well as filming fish under the boat without having to aim the camera. 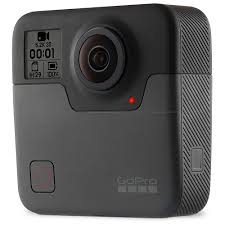 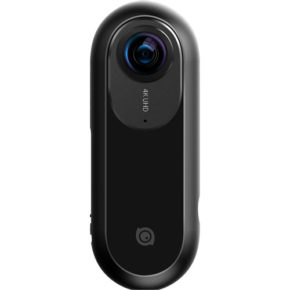 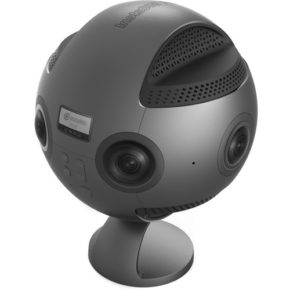 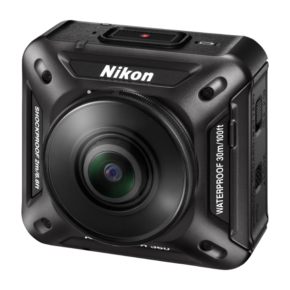 The first 360 camera I owned was the Nikon Key Mission 360. Having heard about it from an inside source before it’s release, I pre purchased it with the idea that it would revolutionize how I shot fishing video. The promise was, no more pointing the camera since it captured literally everything at once. The promise was to be able to edit within the sphere of video to a 16×9 2D finished product (called overcapture) that looked like you were the best fishing cinematographer on earth anticipating the rise, set and jump before it even happened in a linear way. The Nikon Keymission was a Key Failure all around. It was clumsy to use and setup. It wouldn’t connect wirelessly to your phone without human sacrifice. and the software was written by an idiot making it extremely difficult to stitch and edit. Since its release, there have been many cheap 360 cameras that are easier to use and have retired the Keymission to the scrap heap.

Then came the Insta360 and the GOpro Fusion in 2017. The hot was back on for 360 and now the software was getting pretty good. I started out relearning Adobe Premier and After Effects and was putting out some cool stuff even though it took days to make. Both GoPro and Insta360 came out with there own editing software and one in particular has become my go to app for editing all 360 video and stills – Insta360 Studio is a clear stand alone triumph in the 360 sphere. Both Cameras have some truely outstanding features.

The Insta360 is compact and excels in workflow. All editing of 360 content can be done effectively with just an Iphone. It also can live stream 360 video! Some day, I will able to share a fishing spot real time in VR.  The Insta360 one is the most versatile 360 camera of the bunch because of its size and ease of post editing.  There are many 360 cameras on the market today,  but most experts agree that the Insta360 is in the top three if you were to own only one 360 camera.  The Insta360 is a feature rich camera with great software and the ability to do bullet time videos,

The GoPro Fusion excels at lens technology and offers the highest resolution  of any 360 camera in its class.  Its the best bang for the buck per dollar and it is waterproof and part of the GoPro sports camera club.   When the camera was released,  there were many software bugs making it almost as bad as the Nikon Keymission however unlike Nikon which let the camera rot with no support and upgrades,  GoPro continues to improve the function and performance of the Fusion with a decent amount of firmware and software upgrades.

One of the biggest advantages of a 360 camera over a gopro for fishing is in chest or head mounted video. Because the camera is recording everything around you, it can be stabilized by an gyroscopic algorithm.  Chest mounted, head mounted , rod mounted, fish mounted video is smooth as silk at the expense of resolution, but that too is changing.

The Rylo 360 camera has a 180 mode that boosts the forward resolution on one camera and shots taken on the handlebars of a cross country biker are amazingly smooth. This is a game changer for chest mounted cameras for fishing. Especially if you get sea sick watching moving video.For the Prosumer Videographer, the GoPro Fusion 360 which shoots in 5K is the best thing out there in my opinion.Insta 360 released a $4000 dollar 360 pro 360 camera that shoots 8k in 360 degrees. I want one but its a bit pricey right now and I think I want to perfect the workflow before investing in one. In addition, you can get very high resolution 360 using Multiple GoPros mounted to a Spherical enclosure. I once rented one and the workflow is horrendously slow and complex.

As for software workflow, there are many options to work with overcapture. Overcapture is the technique in 360 that gives the editor the ability to capture content from every angle, it also enhances what you can do with the content after you’ve already captured it. Users have the flexibility in post-production to utilize the entire spherical file to find the perfect shot from which to punch out a full 1080p, traditionally-framed image as if you moved the camera to follow a specific subject. As of today (July 2018) my software armamentarium consist of Adobe Premier with After Effects and 360 Plugins, Final Cut Pro 10.4.3 with native 360 support, GoPro Fusion Studio, and Insta360 studio. By far the easiest software to work with is Insta360 Studio which can edit GoPro Fusion 5K stitched 360 video if it is exported to H264 in GoPro Fusion Studio. Filming with the lower resolution insta360 camera which is small and has pretty good resolution in stills and video, the entire post production workflow including video editing can be done on an Iphone or Ipad un quickly uploaded to social media or blogs. In addition, Insta360 is one of the very few cameras that will Live Stream 360 video. Things are improving quickly in the 360 photosphere.