The Vision 2 that I was preparing to sell lost 4 motors to my negligence when I accidently put some long screws into the short holes while  placing prop guards on the bird before selling it to a friend.  Its very easy to mess a motor up just by pushing on the copper wire wrappings.  There really should be some sort of stop for the screw.  I didn’t feel any resistance at all putting the long screws in. After researching the problem which manifested itself with really low RPMs on all motors except for 1 when I armed the quad.  I found threads on forums indicating that many motors have been damaged in this way.   Luckily the motors I found were only 18 bucks a piece (shipped).  They arrived with Amazon Prime in three days and I had them soldered back in a half an hour.  One suggestion should you have to do this is to mark the bad motors with an X before you take them off.   Once you have a desk with 6 to 8 motors on it,  they all look new!.  I reassembled and test flew the Phantom with total success in less than an hour. 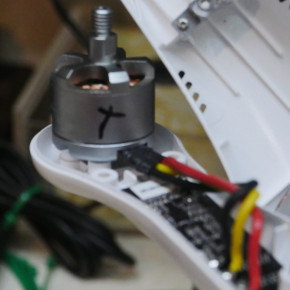 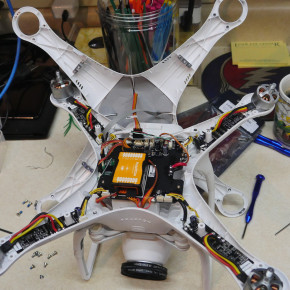 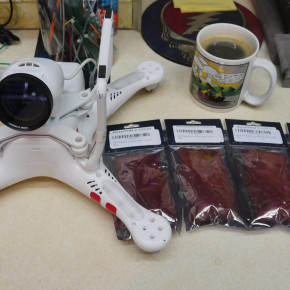 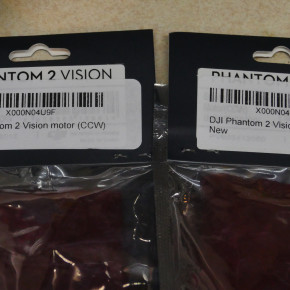 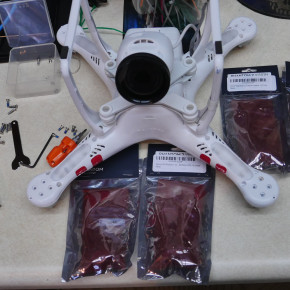 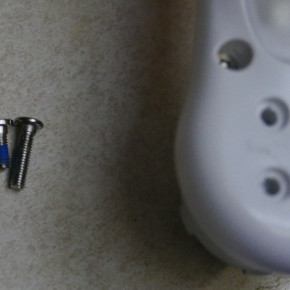 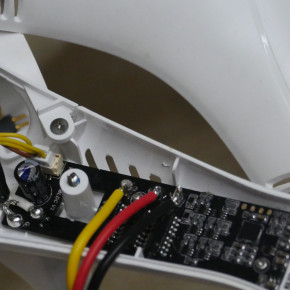 The Inspire 1 near flyaway was the scariest thing that’s happened to me so far flying drones.  I was filming a trout pond near Mount Lassen in a forested area with lots of tall pines interspersed with scrub brush.  All was normal during setup up and preflight diags.  I had checked firmware and upgraded Drone, Controller and three batteries two days before Memorial Day.  The first couple minutes of the flight went fine and suddenly on of my friends said they heard a weird sound right before the quad started listing to the right.  I didn’t hear the sound but I noticed right away that I had lost control of the quad and could not stabilize it in the air.  No error or warning signs on the Pilot App either.   As the copter kept drifting to one side,  I could only try to keep in going in a circle to keep it overhead and was unable to bring the spiraling copter to the landing zone.  I hit return to home in desperation,  and the copter took off at a right angle to my position immediately.  I quickly turned off return to home to try to take control and it began to fly out of site away from the lake into heavy brush and trees,  I drop altitude as quickly as possible hoping to avoid a crash landing high in a tree.  As it zoomed out of site around a corner in rocky hills, all I could see in the FPV was rotation and altitude drop until it came to rest in some foliage.  The camera stayed live and I could see that the engines did not turn off upon crash landing.  Once in awhile I would see movement from the prop as it sat in the bushes.  I thought for sure that was the end of the Inspire.  The way it descended and the direction it was flying,  I thought it was in trees for sure. I didn’t have the maps cached of the area but the flight information gave me a heading and dot to search for and I went on a $3000 dollar treasure hunt for my beloved Inspire.  I followed the GPS map into heavy brush until I reached a patch of scrub brush that looked impossible to search.  As I walked around the patch,  my GPS refreshed but I didn’t have a map overlay because of  no cell service internet.  I crawled and climbed my way to  point of the crash scanning the trees and the tops of the bushes and tried to arm the motors again hoping it would make a sound so I could locate it by ear .  I listened, and nothing but silence and the wind blowing through the pines.  As I was about to give up,  I saw it!  underneath some low brush.  It apparently came in low and stuffed itself under a bush.  The lights were on,  the props were not spinning and there was a burnt smell.  I tried to turn off the Drone but the button on the battery would not work.  I pulled the battery and I could not get the lights to turn off when it was removed.  Its been lit for 3 days now.  I put it outside because Lithium Ion batteries can  explode or burst into flames if shorted. I’m sure the logic board in the battery is toast. 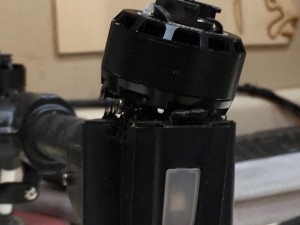 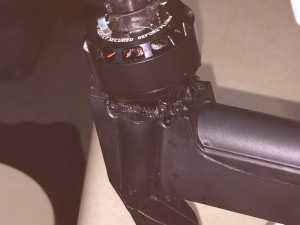 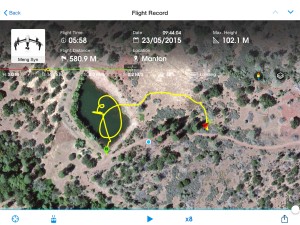 The Inspire autopsy reveled a motor that had apparently overheated and actually melted half of the mount off leaving the motor skewed off its axis. The scary part is that it passed all diagnostics and preflight checks,  plus it flew correctly for minutes before it malfunctioned in mid flight.  I can only hope the damage is covered by warranty since I just cant recall anything I did that wasn’t  by the book on preflight.   Looks like I will be sending it to DJI using there support flow chart.  I called twice and they were too busy to take my call.

I finally got in touch with DJI Inspire Support China and they told me that they don’t sell those parts yet.   They directed me to USA Inspire Support at  1-818-235-0789 and finally got though after being on hold for half an hour in a cue of 15 people.  Finally a human being to talk to!  He was very cool though. Told me that the damage can be assed for Warrenty repair,  gave me an RMA number and address, emailed me the RMA form and specifics, and told me not to send the defective Lithium Ion battery.    DJI want the Inspire shipped in its suitcase and gave me a 3 month timeline for repair.   As far as I am concerned,  well worth the wait as long as the Phantom 3 is still working.