May 26, 2020,  Day 72 -The last time I fished was with Gina on day 4 of the lockdown. Since then, much of the fishing in California was shut down by Governor Newsom.  Most of my fishing buddies in Northern California still had private and remote access to fishing and there was no shortage of great fishing photos streaming in from them on daily phone messaging.   I cancelled some guided delta trips and my annual week at Henderson Springs over the last two months.  That first week of the Pandemic,  I actually thought that I might have lots of time to take a couple weeks off and fish.  but that was short lived.   The reality of forced retirement and a total loss of my dental practice sunk in on week 2,  Since then,  Gina and I have never been busier getting loans, grants and basically redesigning our office and workflow in hopes of getting back to pre Covid revenues that we know now will be very unlikely.  Still we are choosing to rebuild and return to the practice vs walk away from it and retire.    There was no excess of time to fish or do fishing things.   We cancelled my son’s  August wedding, a two week trip to Europe with the Dave Koz,  a camping trip to Half Moon Bay, and a week at Henderson Springs ranch.  Over the last two month,  I took some breaks and did some fishing related things,  I tied a bunch of flies, cast a bunch of rods and lines,  built a souped up float tube (for Henderson Springs) and worked on the boats.

When I heard that San Luis was opening the Friday before Memorial Day,  We were so busy with the office remodel and training that it took me 4 days to get back on the water.  I needed to fish to reset.  I had no idea till I stopped fishing for two months how important fishing was to my well being.   I need a good day on the lake to motivate me through this crisis.   San Luis Reservoir opened for Memorial day with no announcement and no assurances that it was only for the weekend.  No official word was given about the launches being open after Memorial day which would be the first opportunity I would have to go.  Steph and Tim Anderson reported great days  over the holiday weekend.  The lake was on for sure with perfect water levels, temps and weather.   I told Steph that I would meet him at the Basalt with my boat at 6:30am and take my chances that they would open.

Monday night,  I was pretty confident that they had finally reopened the lake for good.  There were riots in California over the closing and beaches and parks for Memorial Day that the governor saw as a political threat and loosened up.   California fishermen were especially critical of the lock down at an earlier Fish and Game, governor endorsed virtual meeting.     At the Basalt Launch there were only a handful of die hards. The word had not gotten out that the ramps would be open after Memorial Day and I get why they did it that way.  Announcing it would have created a run on the striper bank.    I headed out to the Trash Racks and spotted several boats there already.   It turned out to be Tim Anderson on the north side,  and Frank with Steve S. on the inside South.  As I pulled up, I could see both of them hooked up.   I slid the Panoptix into the green water and it lit up with so many fish I thought it was broken.  I can’t remember being that excited for the first cast in my life.  Seventy days of abstinence  had fueled the anticipation.  On the first cast I missed three solid hits after long strips and pauses –performance anxiety.  I had forgotten how to set on a striper and missed three solid grabs.   I set  meat on the second cast keeping my line tight,  rod straight, and strips hard.  The first fish of the day was a chunky, fat 5 lb striper that gave me line burns.  After getting the final counts from Frank, Steve, Steph, and Tim I calculated that between the 5 us,  over 250 quality stripers were released today.  The most numbers I have ever witnessed in one day and all the fish were healthy and most over 21 inches with my largest about 8 lbs.  Its only a matter of days till a really big fish is caught.  I see them on the panoptix deep.

From 7am till noon, it was non stop action all around the trash racks.   I could see triple and double hookups every time I happened to look up.  Steph arrived around 7:00 after his boat inspection.  I tied him some special order flies last month and he gifted me some wild pig sausage for them.  It was a great morning chatting it up with the guys while landing fish and after fish.  As it got hotter in the afternoon, Tim, Frank and Steve S left for cooler water or home while Steph and I spot locked our boats under whatever shade from the trash racks we could find as the temps reached 100 degrees.  Seems it was too hot for the Dam Police as well.  We did not see them all day and was waiting for them to go try other spots.

We all agreed that the fish seemed bigger, fatter and stronger than pre covid.   I was amazed at the average size of the stripers,  most were too big to fit in a fish poacher and Gina made me look for one that would fit for dinner.  The fish all had an extra 8 ounces of girth on them and were ripe to spawn.    Could it be the three months of no pressure?  In my opinion,  it’s more about the water level, temperatures and weather.  I remember the first high water year after the drought, when the fish seemed to be as healthy.   The fish were thick around the racks even though the pumps were no on.   We saw some occasional bait rushing surface disturbances,  but absent were the huge schools of shad milling around the surface. They Shad had to be somewhere

We took a lunch break together around 1:00 and talked.   Tim and I discussed our upcoming trip to Cuba.  By lunch,  Tim and I had 45-50 fish apiece but Steph claimed only 15 that morning.That made no sense to Tim and I since we all seemed to be catching fish at the same rate.   Tim left at around 2:00 when it slowed down.  Steph and I decided to stick around and put some numbers up. The afternoon was different.  Steph caught fire and was landing 3 fish to my one for about an hour till I started switching lines and flies. It wasn’t till I mooched one of my own tied flies off of him that I started to catch as many fish as him.  Definitely the fly change made a difference and an ugly fly at that.  By 3:00pm  Steph and I “crowbarred” out Stripers from the racks at a faster rate than in the morning.  We decided to set a number to quit at or we would have fished our arms off by 8:00 pm when we had to be off lake.  We hit our numbers at 4:00–Steph with 50 and I with 70 fish.   I have never caught that many Stripers in a day and I felt fortunate that luck would grace me with a day that would erase the last three months of depression in 8 hours.  As an afterthought,  I don’t think I have ever caught 70 fish in two and a half months on SL.  The blessed day took me out of tailspin of worry and anxiety that seemed to overcome me these last couple months.  Im very thankful that I enjoyed it around great friends as well.  As I mentioned to Jerry Wang, after the news that Diana was off the respirator and recovering.  Fishing isn’t as much about the fish than the friends you share it with.

Next week my dental practice starts up again on the road to recovery.  I actually feel ready and this day on the lake has done wonders for my optimism.   I will always have the weekends for San Luis and hopefully get some trout fishing in soon. 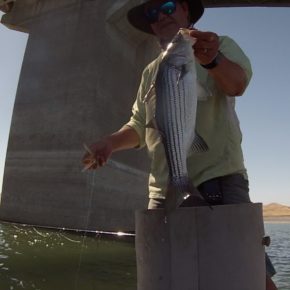 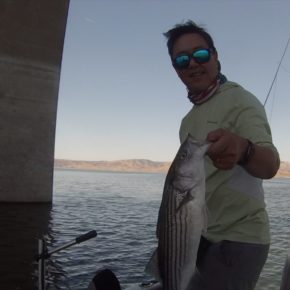 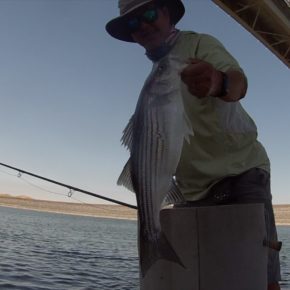 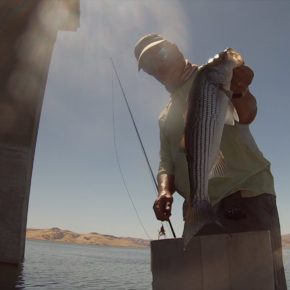 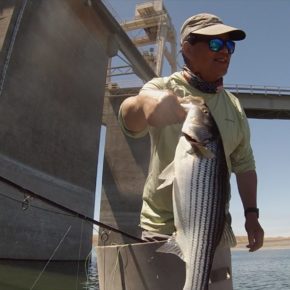 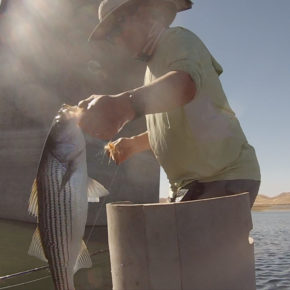 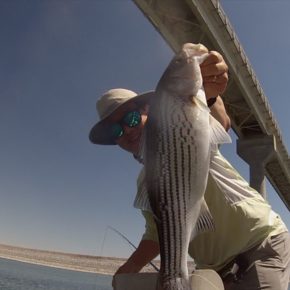 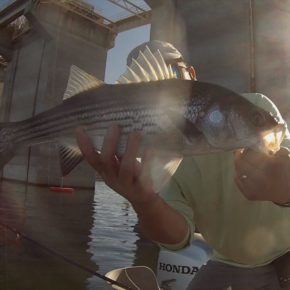 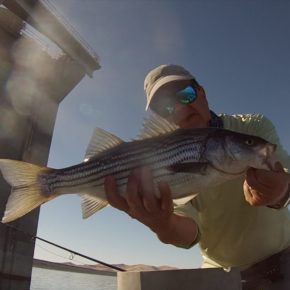 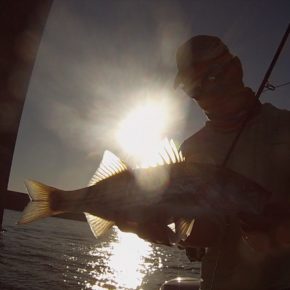 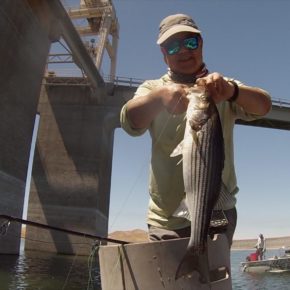 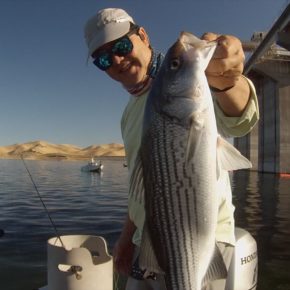