Sunday March 30, 2020 -The word is out and it was a grand reunion at the Trash Racks this morning.    The weather has changed since last week with light rain and winds.   The water temps were 2 degrees lower and the water  was clear.    Steph and I decided to push our luck after last Tuesdays epic day,  but we knew the wind would build up at around noon so we agreed to meet up early.   There were 10 boats in line for the Basalt Ramp when I arrived with only one person checking everyone in.  Another dozen boats were already launched when I finally got down to the ramp.  I launched around 7:00am and headed straight to trash racks and I could already see three boats around the racks as I approached.  By 9:00, there were 10 boats around the racks.  Flyfishernen surrounded the structure and a couple fluke fishermen tied up tight against the wall.  Another half a dozen trollers worked the water in front of the Racks.   Getting out of there was like a game of Frogger,   The fishing for the first hour of the day was fast and furious as it had been the last couple days.  I landed 6 nice fish in the first hour and then the wind started to pick up.  Mid morning, a helicopter kept circling the boat parade and I thought that maybe we would be kicked off the racks from the sky today,  but it never hovered and we heard no loudspeakers.

I decided to leave the crowd around 10:00 and try the dam from the Bay of Pigs to Guardrail.   Steph and I worked the dam in different directions for a couple hours without getting a single fish.  I was starting to believe after catching 70 fish at the racks a couple days ago and not getting a single hit in the Bay of Pigs, that the entire lake population of stripers was trying to spawn around the racks and nowhere else.   I decided  to try Romero and Steph went back to the traffic at the trash racks.  The Dam around Monument gave up a few.   I ended the day at noon with 8 good fish and left when the wind picked up again.  Nothing ends a party like a line of white caps coming across the lake.  As soon as the wind started to come across the lake, everyone pulled their trolling motors at once and headed in.    It looked like the opening horn at a Bassmaster tournament except all the boats were heading to the ramp.

I start work tomorrow after the long Pandemic lock down and a morning of fishing has me excited to get back to work. 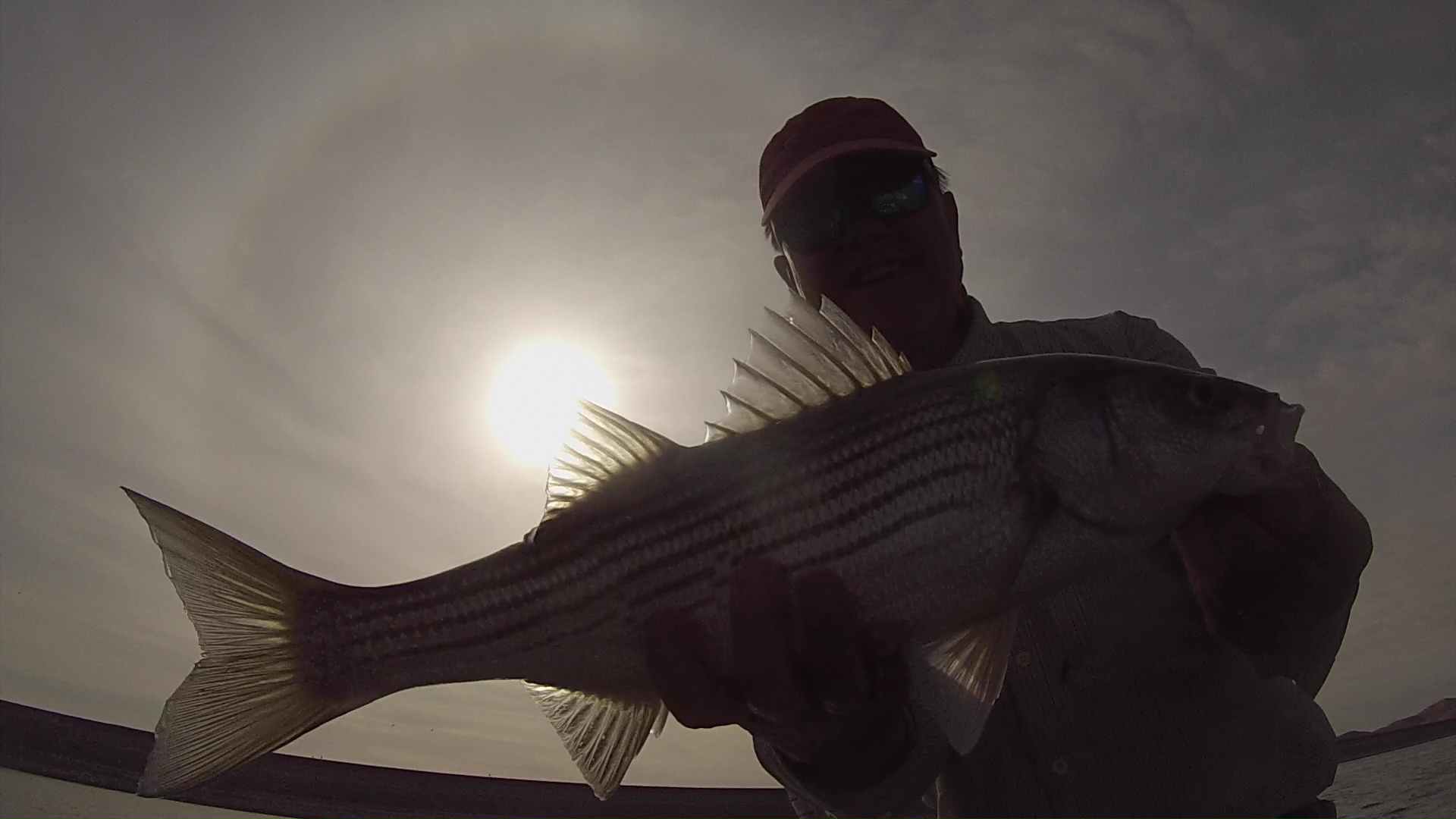 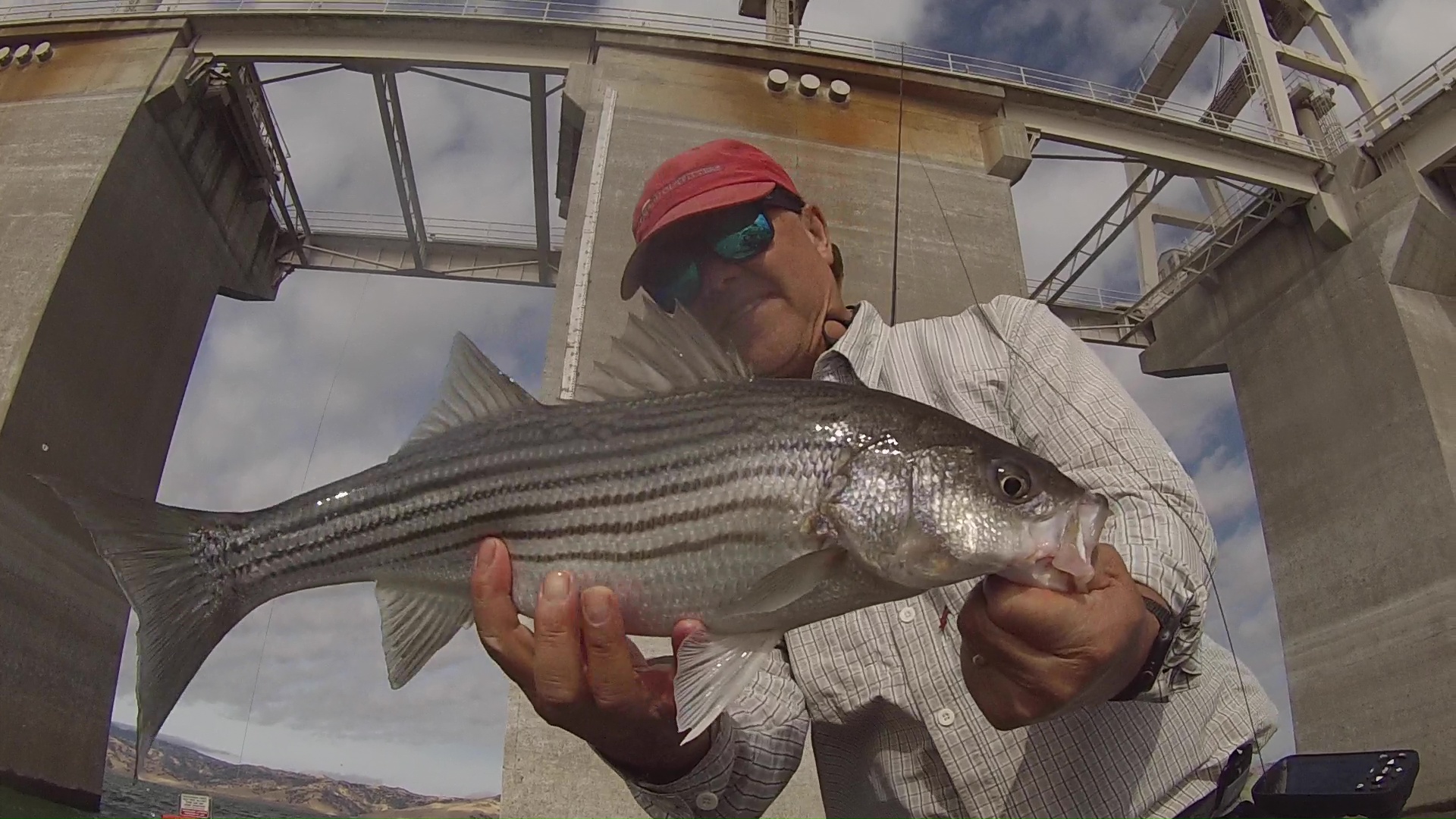