Monday Oct 5, 2020 -The best wind day of the week  had me excited to take Don Chesnek out to the racks for some non dink action.   Last time we fished ,  I could only guide up a bunch of dinks from the forebay channel while Vaughn was landing 20 lbrs   Everything was right today.  The weather was perfect.   It wasn’t too hot at 91 degrees.  And, there was water being pumped into the lake from the forebay. We launched at Basalt after watching a fishermen catching Smelt  with a triple treble hook jig.    He had four 6 inch delta smelt in his bait bucket.  I had never seen them that big!

When we pulled up to the racks,  Vaughn was already moving out and fishing the causeway. probably looking for that 40 lbr that Dan Blanton released a couple weeks ago.   I was anxious to do a repeat of Friday with Don , but the fish around the racks were shy and hitting light on the pause .    Still fishing 40 feet deep,  we put 5 in the boat by 11:00 and things got really slow.   I stopped fishing and concentrated on getting Don on some fish.  The stripers were being ultra difficult and it took some finesse retrieves to hook and land them.   All today’s fish were over 20 inches and I finally got Don on a good one by mid morning doing the deep rack dangle.    When Don ate his lunch,  I hooked and lost three fish flossing the rack on a full 60 second count fishing as close as I could to the wall.

There were huge schools of shad around the pumps today and you could see a huge upwelling of Forebay water about 300 yards out from the racks.   We explored the area to find large schools of American Shad swimming in and out or the clearer forebay water as it mixed the the algae green lake water.   we fished the Causway, BOP and Romero today and only found our cooperating fish at the racks today. 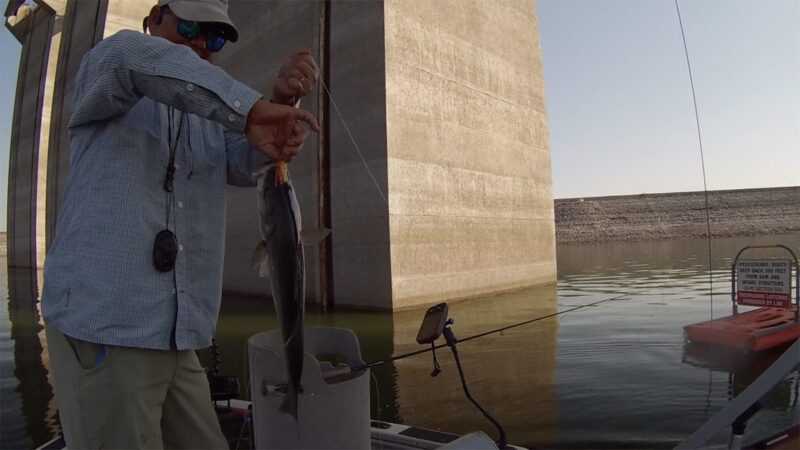 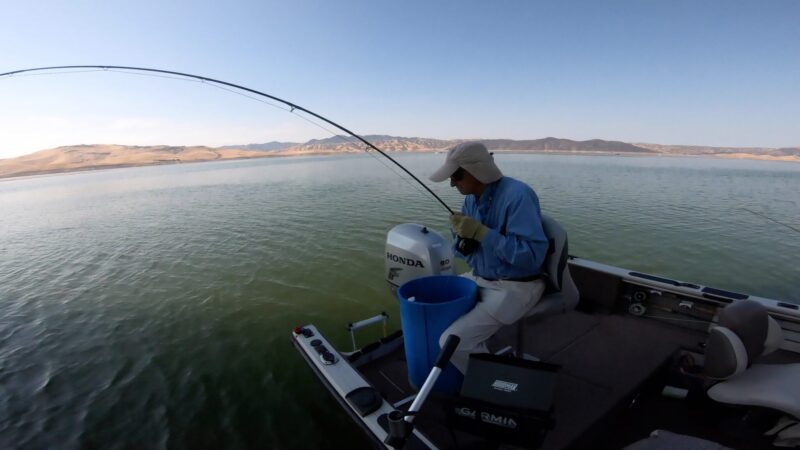 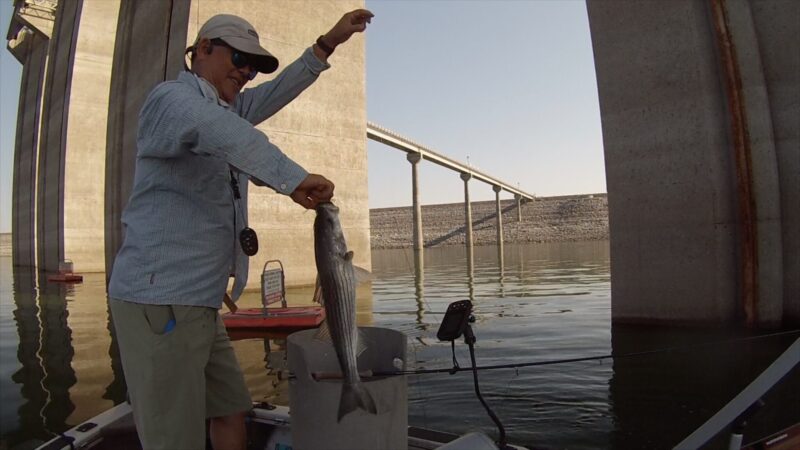 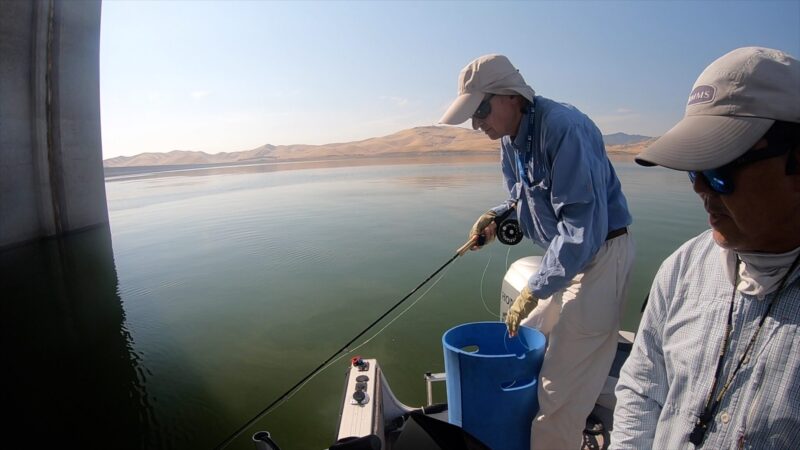